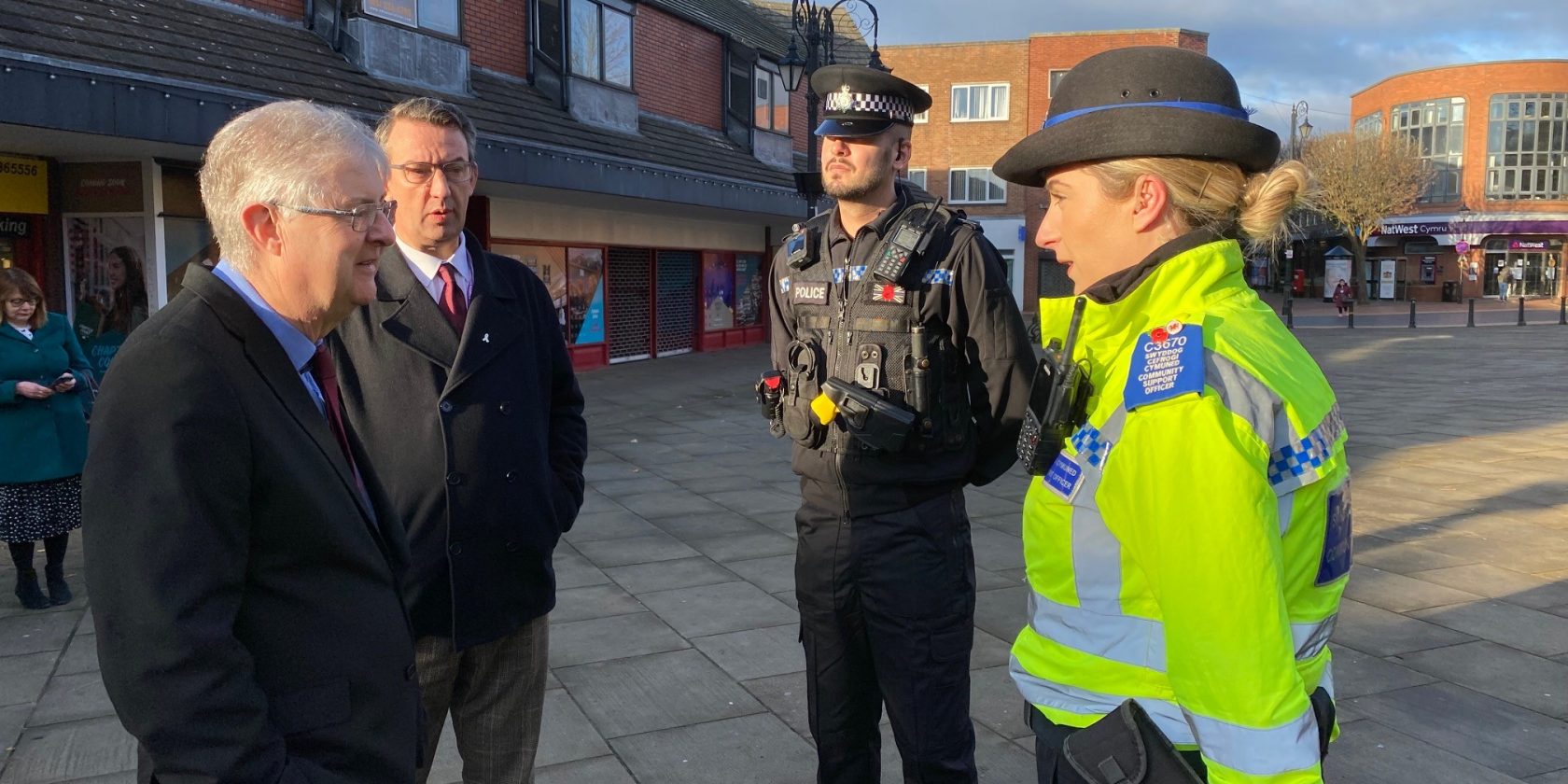 The First Minister of Wales has today joined police on the beat in Wrexham to thank them for their work.

Mark Drakeford was invited to see officers in action in the town by the team based at Wrexham Police Station.

Earlier this year the Welsh Government announced an extra £3.7m to fund 100 new PCSOs to tackle crime across Wales.

It brings the total paid for by the devolved government up to 600, with 121 in North Wales.

Mr Drakeford said: “I want to thank the officers I’ve met today in Wrexham for sharing their experiences with me, and for the important and valued work they do every single day to keep us all safe.

“In particular I want to thank them and all their colleagues for their work during the pandemic, and I pay tribute to their dedication.

“Policing is an important part of our communities, and having officers on the ground who are part of those communities and know them well is vital.

“This is why the Welsh Government is investing in funding PCSOs. They provide a vital link between our neighbourhoods and police services and play an important role in keeping our communities safe.” 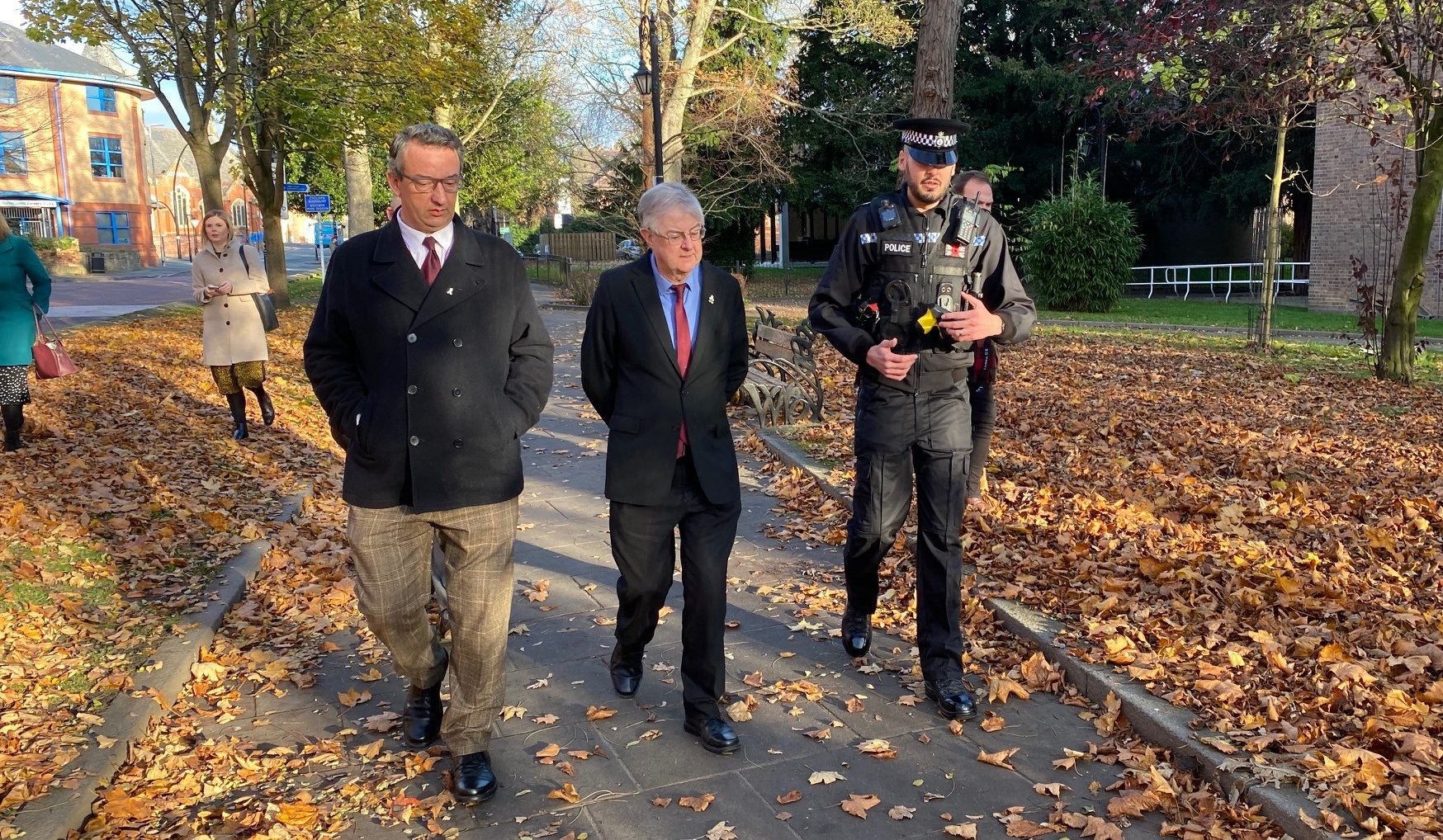 PCSOs work with police officers and share some, but not all of their powers.

Some of the things PCSOs support frontline policing with are stopping speeding outside our schools, reporting vandalism or reducing anti-social behaviour.

Inspector Luke Hughes of Wrexham Police station said: “I am grateful to the First Minister for attending Wrexham today and joining PS Evans on patrol in our town centre.

“Wrexham is certainly now starting to leave behind the reputation that it obtained a number of years ago. It is no longer as the media described it, which even then was unfair and distracted from what our historic and proud town had to offer.

“Recently, and with the support of the PCC’s office we have secured a great deal of funding which will be reinvested locally.

“My aim is to increase the visible police presence in the centre of the town and with the addition of five new PCSO to the local neighbourhood team we will certainly be able to do that.

“Their presence will contribute to the growing sense of security in the town by day and at night.

“I would urge the local community to be proud of what has been achieved locally; international interest and investment in our football club being just a few things.

“Don’t contribute or listen to the negative comments I see on social media. Come and visit the town over the festive period and realise that we still have a great town centre, one to be proud of and one that will continue to go from strength to strength.

“If you believe in Wrexham, then it will once again become the town you want it to be.” 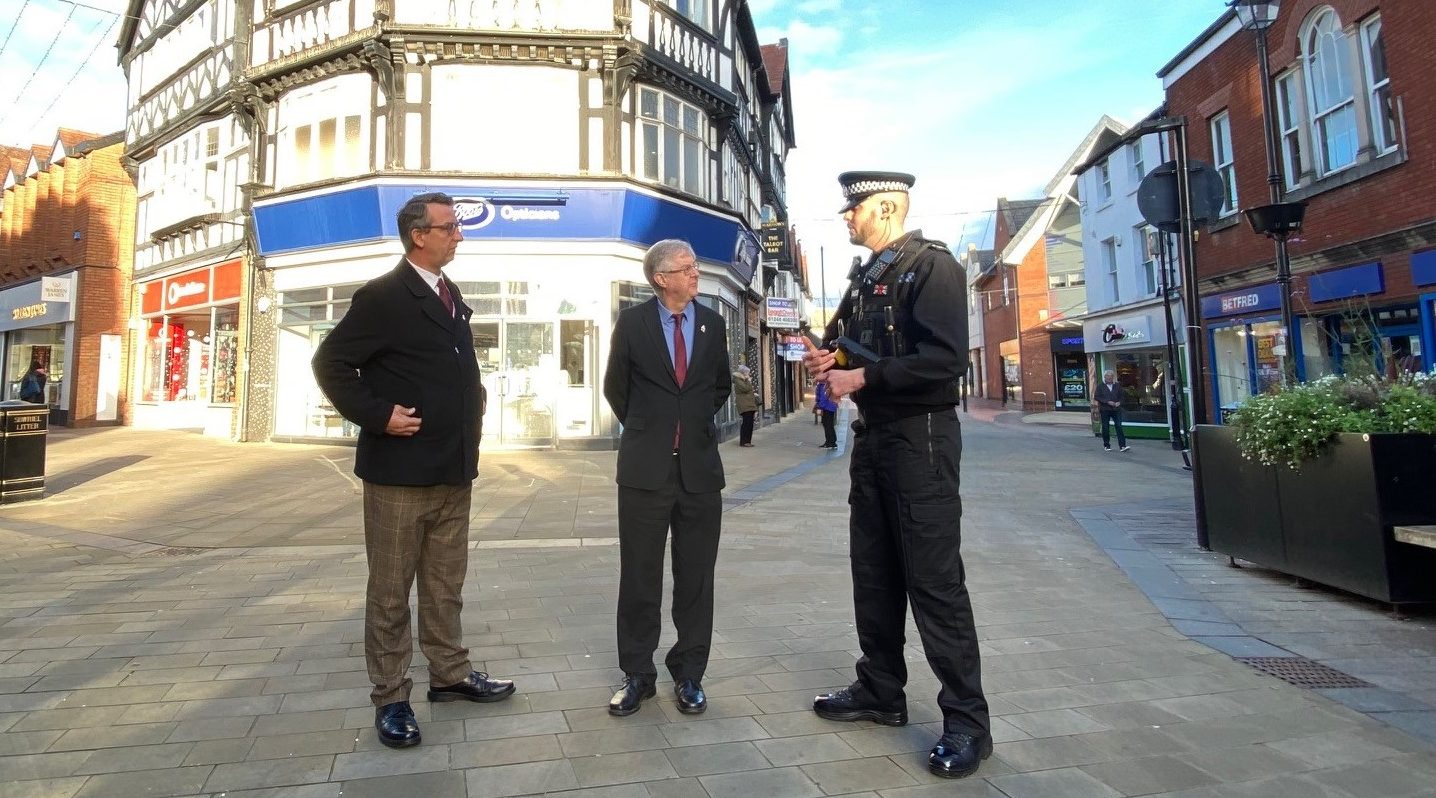 North Wales Police and Crime Commissioner Andy Dunbobbin said: “Strengthening neighbourhood policing was a key priority in my manifesto when I was elected in May this year and forms the bedrock of my Police and Crime Plan which sets the blueprint for policing North Wales.

“Police Community Support Officers have an important role in ensuring that our communities benefit from visible policing, providing reassurance for the public and gathering intelligence on the ground to tackle serious and organised criminality.

“I am grateful to the Welsh Government in general and the First Minister in particular for playing their part by funding an extra 100 PCSOs across Wales.

“I am delighted that North Wales is getting 20 additional PCSOs, keeping people and our communities safe, responding to key concerns that people have expressed. It’s massively important to people’s wellbeing.”