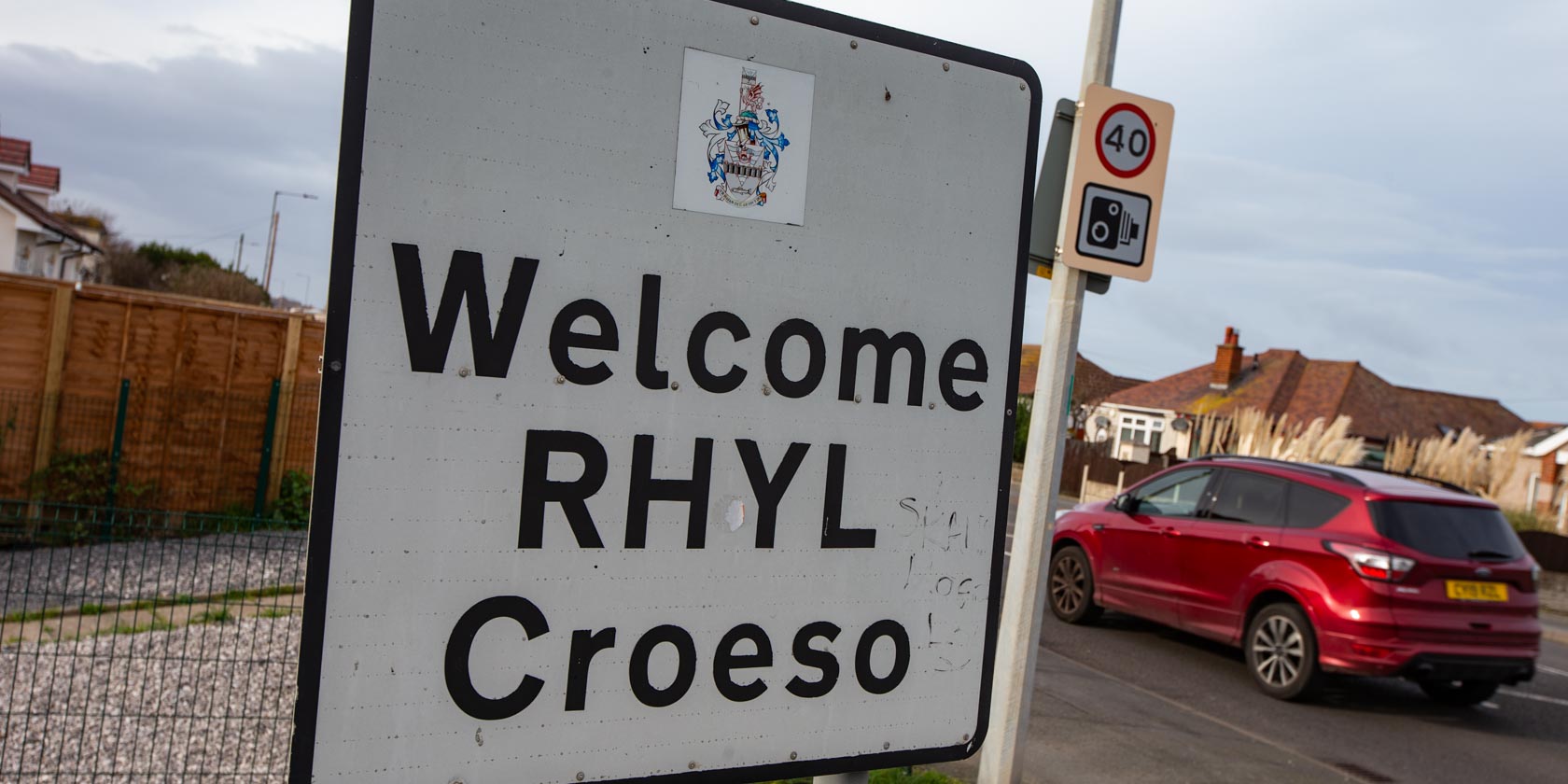 A council has been accused of hypocrisy after a traffic warden’s van was snapped parked on a pavement while they handed out tickets to drivers at Rhyl Air Show.

An eagle-eyed Twitter user took a picture of the Denbighshire County Council vehicle and expressed anger that enforcement officers are ticketing vehicles for parking on pavements – while their vehicle had blocked a pavement.

But a council spokesman for Denbighshire County Council insisted their staff had not broken any rules: “The vast majority of motorists parked legally; however, we issued tickets to a number who were parked on double yellow lines, which are there to protect the safety of pedestrians and other road users.

“The council had staff on duty. They were using council vehicles and were parked on a pavement and not on yellow lines.

“Parking on a pavement is allowed when we’re carrying out our enforcement duties, providing we don’t leave the vehicles unattended or leave vehicles in a position where it may cause a danger or an unnecessary road obstruction or anywhere that would prevent access for the emergency services. In this case, there was no obstruction.”

Thousands gathered at the popular show, which ended abruptly on Sunday when a Red Arrows plane collided with a bird.

Despite the huge success of the show, some criticised the a lack of an adequate travel plan and parking provision, which had caused congestion.

One visitor, David Williams from Liverpool, said: “Unfortunately, the end of the show was marred badly by the lack of an adequate travel plan.

“The no. 12 bus which feeds the coast was on its normal Sunday service of 20 minutes, which was totally inadequate.

“The traffic congestion in the town centre and lack of any park and ride facilities exacerbated the situation, which led to a virtual standstill.

“Greater thought to an adequate travel plan with a much bigger role for enhanced public transport would have created a real feel-good factor after the event rather than exhaustion.

“Having said that, I would like to thank the organisers for a splendid show that really highlighted the Rhyl seafront. Well done.”

But a council spokesperson insisted the event overall was a massive hit with the public: “The Rhyl Air Show was a spectacular success, and we were delighted to work in partnership with the main organisers Denbighshire Leisure Ltd and with Rhyl Town Council.

“The feedback on social media and on the day has been extremely positive and it was a great event for Rhyl and for Denbighshire.

“Given it was such a prestigious event that attracted many thousands of people, delays and traffic congestion would be inevitable.

“People would expect queues as they left the town, due to the sheer volume of traffic and many people will have allowed additional time for journeys or made allowances for increased traffic by parking in quieter spots or timing their journeys to avoid the main rush; however, we’re always grateful for feedback and will consider the comments made.”