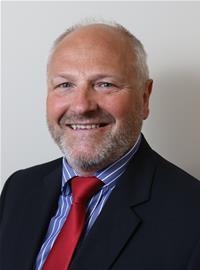 A Labour county councillor has quit his party over a commitment to campaign to remain in the European Union.
Denbighshire’s Upper Denbigh and Henllan councillor, Geraint Lloyd-Williams, said he could not stay in a party that wanted to reverse the result of the 2016 Brexit referendum.
The move comes after First Minister of Wales, Mark Drakeford, said the Welsh party would campaign for the remain side if there is another vote on the issue.
And this week at the Labour Party conference in Bournemouth voted in favour of re-negotiating a deal on leaving the EU and putting it a public vote.
Cllr Lloyd-Williams will now sit with the independent group, the Labour group will go down to 12 members with the independents up to 11.
He said: “As a leave voter following the decisions made by the party and my union combined with Mark Drakeford’s statement that Welsh labour would campaign to remain no matter what, I decided enough was enough and I had to go. There was just no way I could continue to support the party particularly if it meant campaigning on that platform in a General Election.”
His former party colleague in Labour, Prestatyn North county councillor, Paul Penlington said he was disappointed but understood the decision.
He said: “It is a shame that Geraint has left the party, while I don’t agree with him I understand his reasons for doing so. I have a lot of respect for Geraint, he will be a loss to the Labour Party and our group on Denbighshire County Council,” he said.
The defection was welcomed by independent councillor, Huw Williams, who himself campaigned for leave in the 2016 referendum.
He said: “I am pleased Geraint is joining the group. This is proof that the Labour party is out of touch when it loses a good councillor and grass roots member like him. The sooner the party listens to people like him the better.”