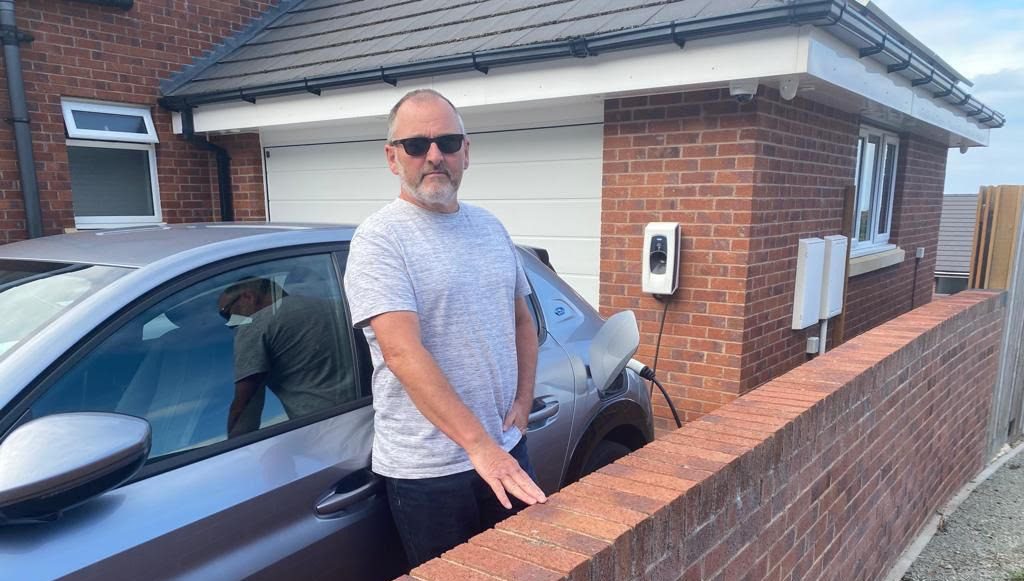 North Wales residents will pay the highest electricity prices in the UK, a table has revealed.

The table released by the UK Government’s gas and electricity market regulator Ofgem reveals that residents living in North Wales and Merseyside will be the worst off in the nation.

According to Ofgem, figures show that North Wales residents, as well as those in Merseyside, will pay the highest rate of electricity in the UK – at 34.3p per kilowatt-hour.

This compares to people living in the ‘northern’ region of the UK who will pay just 30.7p per kilowatt-hour and residents in the east midlands paying 31.4p.

The amounts reflect the price cap unit rates for an average consumer property paid by Direct Debit on ‘dual fuel’, which is the majority of UK households, once the government price guarantee is applied from October 1.

North Wales and Merseyside also have the highest dual fuel cap levels at typical consumption at £2,444 a year.

A full breakdown of electricity and gas prices by region is included in the table below.

Llanddulas resident Trevor Biggins, 60, a father and a production team leader at Kimberly-Clark in Flint, has contacted Clwyd West MP David Jones in the hope of lobbying the Government about the prices.

Trevor has built several low-carbon homes, switched to an electric car, and now says more needs to be done to lobby Government to introduce a universal rate, particularly since North Wales provides other regions with renewable energy.

He said: “In this area we are paying more for our electric. If you look around the country at different areas, the price varies, according to the transportation costs of getting the electric to you.

“I can see hundreds of wind turbines from my back window. I drive down the road, and I see massive solar panels.

“Other people are benefitting from that electricity who are lots of miles away, so the distribution costs across the whole country should be equalized.

“We shouldn’t be paying a premium. So I brought this up with the local MP. We are actually paying more than some of these people in the outer reaches of Scotland.”

He added: “We are paying more here for our electric, and nobody seems to know that. We are one of the highest in the UK.

“I phoned Ofgem to try and get an explanation. They said it had been instigated by previous governments, and it goes back as far as the 1960s, and that it is institutionalised now, and it won’t be changed without the government changing it.

“In Wales we’ve got more wind farms and more solar farms than some parts of England. We need to be working on a level playing field. We shouldn’t be discriminating against people for where they live. It is all wrong.”

An Ofgem spokesman said: “Consumers do benefit from the energy that local generators produce, but the charges paid by consumers in each local area differ based on the costs of building and maintaining the electricity network.

“Some of these costs are driven by the networks needed to transport electricity from power stations to homes and businesses, but some are driven by how much power is consumed during peak periods, like winter evenings.

“Any changes to network charges need to be compared against a wide range of criteria. We carefully assess each proposal and have already reviewed the idea of a national network charge and found it did not better serve the interests of UK consumers.

“For those concerned about the presence of wind farms regionally, they will be able to enquire with the local authority whether any socio-economic modelling was implemented, alongside the planning permission, when they were constructed.”

In his letter, Mr Jones explained that in 2015 Ofgem published a record of the regional differences in network charges, which found there was no case to move to a national network charge.

He said: “Yes, it’s right that we do generate (renewable energy) here, but also it is certainly the case, having dealt with constituents, that delivering an electricity supply to a remote cottage somewhere in rural Denbighshire is a very expensive undertaking.

“If you are living in a city centre location, it’s obviously easier and cheaper to get a supply to your premises than it is to somewhere in a remote location.

“This is the point Ofgem is making. They have looked at this and found it would not be beneficial to the country as a whole.

“Just to requote my letter to Mr Biggins, ‘They found no compelling case from a regulatory perspective to move to a national network charge. Ofgem found it would leave 16 million households worse off with only 11m benefitting’.”

When asked if people in North Wales should be compensated for the number of wind turbines, Mr Jones added: “You remember the campaign I had with (against) Gwynt y Mor wind farm all those years ago. I’m still pretty fed about the Awel y Mor proposals.

“Look at fracking. There are proposals that people living near fracking sites should have free or reduced gas charges. I think it is worth looking at that.”

He added: “As you know the Gwynt y Mor windfarm does have compensatory schemes that provide for local communities. That was part of the deal under which Gwynt y Mor went up.

“Personally speaking, I would like to see people paying less if they have to put up with unsightly wind farms, and we do across North Wales, and there are even more proposed for onshore.

“Certainly, I think it would be good for energy companies to offer to compensate the residents.

“But it has already been looked at by Ofgem, and Ofgem have come up with that conclusion.

“It has already been the subject of an Ofgem report in 2015. What I can always do is put down a parliamentary question.”