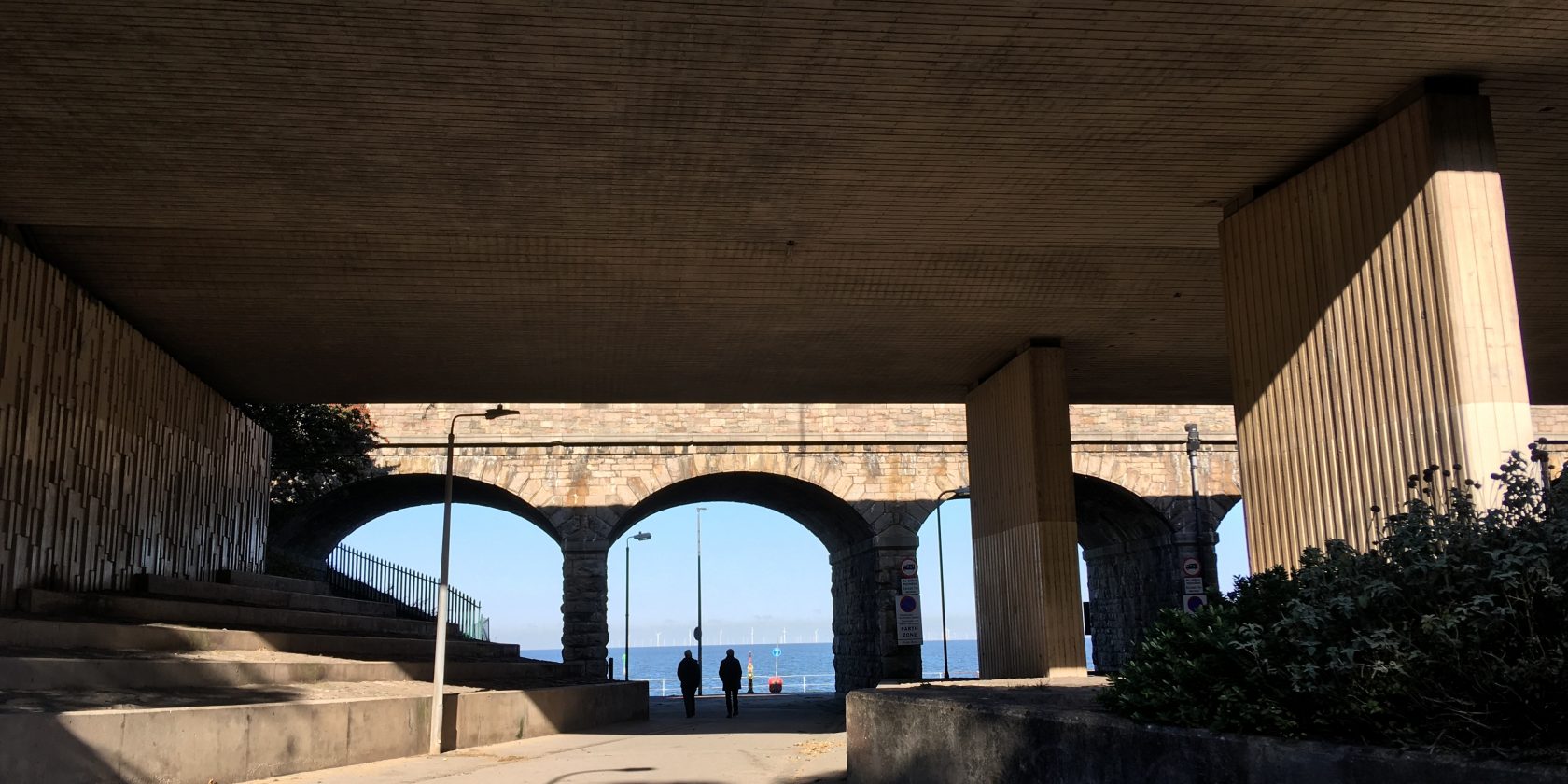 A major catastrophe for the North Wales economy could happen unless authorities work together to fix sea defences.
Works need to be carried out on the crumbling defences at Old Colwyn.
The same structures protect the A55, train line and nearby water infrastructure.
Conwy councillors held a special meeting last night on what needed to be done to repair the 1.2km stretch of coastal defences from Porth Eirias to Cliff Gardens which have been  described as “failing” in a report to members.
They fear that if a major storm took out the defences the rail line, A55 and water infrastructure would have to be shut, crippling the North Wales economy.
At the meeting councillors agreed to invite interested parties including Dwr Cymru, Network Rail and the Welsh Government for a meeting on the deteriorating defences.
The the cost of repairing the defences range from £2million for smaller repairs to about 400m of the wall to £36million for a full set of works on the whole stretch.
The council’s deputy leader, Cllr Goronwy Edwards, said: “It’s not a Conwy problem, it’s a UK problem.
“You can talk about Brexit all day but if this road goes you’ll have a hard border in Colwyn Bay. I’ll be raising this with the minister for transport. If this road closes people will have to travel all around the world to get from Ireland to Europe. ”
And Colwyn county councillor, Brian Cossey, said: “It is not something that could happen in many years it’s something that could happen this winter. Every year we have more and more storms that are more and more ferocious so I hope members will fully support the stakeholders meeting.”
Councillors voted unanimously in favour of inviting Dwr Cymru, the Welsh Government and Network Rail to discuss possible remedies. ‌﻿​﻿‌﻿‌﻿​﻿​﻿​﻿‌﻿‍﻿‌﻿​﻿‌﻿​﻿‌﻿​﻿​﻿​