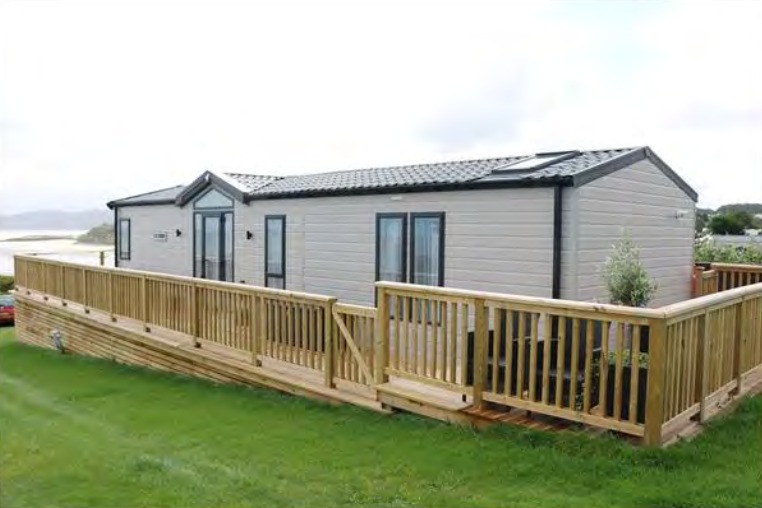 But having now appealed to Welsh Government appointed inspectors, the applicants believe that replacing what are currently two touring caravan fields with a “high quality well designed scheme,” would “reduce the prominence of caravans through siting and colour and enhance the landscaping and biodiversity on the site.” ‌﻿​﻿‌﻿‌﻿​﻿​﻿​﻿‌﻿‍﻿‌﻿​﻿‌﻿​﻿‌﻿​﻿​﻿​

Anglesey Council planning officers, who turned down the original application in September 2019, had judged the development to fall foul of the Joint Local Development Plan (JLDP) as it would result in “a detrimental permanent visual impact on the landscape character of the locale” including the coastline and nearby Area of Outstanding Natural Beauty. ‌﻿​﻿‌﻿‌﻿​﻿​﻿​﻿‌﻿‍﻿‌﻿​﻿‌﻿​﻿‌﻿​﻿​﻿​

They added that the 24 chalets would “conflict with the surrounding landscape character” and that no justification had been presented on why it should be excepted from the JLDP. ‌﻿​﻿‌﻿‌﻿​﻿​﻿​﻿‌﻿‍﻿‌﻿​﻿‌﻿​﻿‌﻿​﻿​﻿​

But the developers argue that the plans would represent an improvement on the site’s current use as a touring caravan site, for which they say there are no controls over siting or length of stay. ‌﻿​﻿‌﻿‌﻿​﻿​﻿​﻿‌﻿‍﻿‌﻿​﻿‌﻿​﻿‌﻿​﻿​﻿​

The appeal documents which have been submitted, note: “The units would replace the touring/camping use which currently exists, and this would present benefits in terms of units being further away from the coastal edge as well as the reduction of noise and traffic associated with touring caravans and large tents on the site. ‌﻿​﻿‌﻿‌﻿​﻿​﻿​﻿‌﻿‍﻿‌﻿​﻿‌﻿​﻿‌﻿​﻿​﻿​

“The proposal would provide higher quality holiday units on a site which is within walking distance of all facilities in Benllech, leading to increased economic activity throughout the year. ‌﻿​﻿‌﻿‌﻿​﻿​﻿​﻿‌﻿‍﻿‌﻿​﻿‌﻿​﻿‌﻿​﻿​﻿​

“Through delivering this scheme which includes landscaping proposals and a defined location for the units and introducing carefully selected coloured caravans, the current visual impact of the touring caravans and tents will be mitigated, and this will lead to an overall landscape enhancement. ‌﻿​﻿‌﻿‌﻿​﻿​﻿​﻿‌﻿‍﻿‌﻿​﻿‌﻿​﻿‌﻿​﻿​﻿​

“The appeal site sits within an existing caravan site and has an existing use for caravans and tents, and therefore through careful mitigation and management the proposal is considered to be one which can lead to an enhanced relationship with the landscape and improved economic benefits.” ‌﻿​﻿‌﻿‌﻿​﻿​﻿​﻿‌﻿‍﻿‌﻿​﻿‌﻿​﻿‌﻿​﻿​﻿​