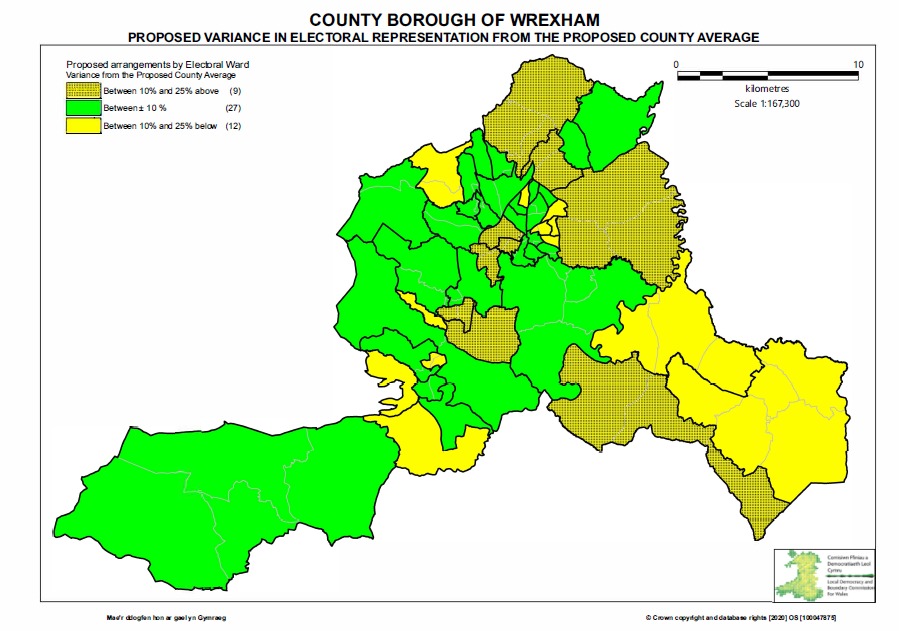 Wrexham Council has declared its opposition to plans to increase the number of councillors representing the county up to 55.

The proposed rise from the current amount of 52 has been put forward as part of a review being carried out by the Local Democracy and Boundary Commission for Wales.

Some ward boundaries could also be redrawn in what officials said was an attempt to ensure ‘convenient and effective’ local government.

However, the authority has outlined its resistance to the changes because of the financial implications.

In a draft response which will be discussed by community leaders next week, it said: “The council welcomes the objectives of the review in seeking to achieve electoral parity across the county borough.

“Whilst the council accepts that multi-member wards may be needed to meet the requirement for electoral parity there is disappointment at the proposed increase in the number of multi-member wards, particularly given that only one member in a multi-member ward can serve on the planning committee in accordance with recent Welsh Government legislation.

“It is noted that the proposed revisions to community ward boundaries if approved will result in consequential changes to the community electoral arrangements as set out in chapter six of the Wrexham draft proposal report.”

The proposed proportion of councillors the commission is looking to achieve is one for around every 1,800 voters in Wrexham.

The current average in the county is one for approximately every 1,900 residents.

One of the changes which has been met with opposition is the removal of the the village of Burton from the Rossett ward to place it alongside parts of Llay instead.

The report states: “Firstly there is no existing community cohesion between the communities of Rossett and Llay which are very distinct separate communities.

“Secondly the ward of Burton contains key community facilities within the community of Rossett including the parish church, public house and doctors’ surgery; detaching the Burton ward would remove the heart of the community from Rossett.”

Councillors will be asked to approve the authority’s response to the plans at a meeting on Wednesday .

Local politicians have urged the Welsh Government to meet directors of a Gwynedd plant which is set to close with the loss of almost 100 jobs. (LINK)