More than 100 objections submitted against supported living scheme in Wrexham 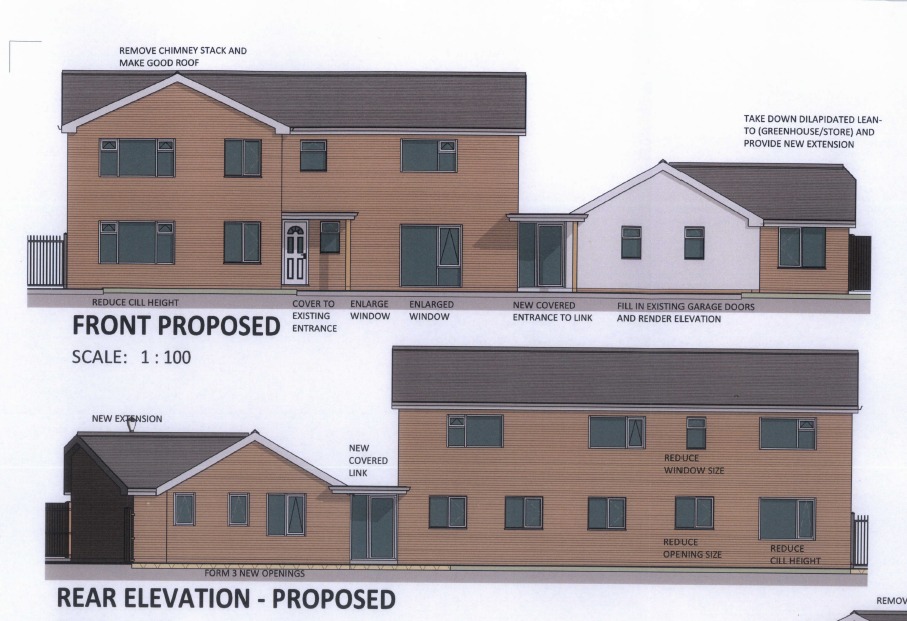 MORE than 100 objections have been submitted against plans for a supported living scheme in Wrexham.
A housing association entered proposals to convert a family home on Ffordd Glyn near Erddig into four apartments for people with disabilities last month.
First Choice Housing is working jointly with Wrexham Council on the project, which is aimed at providing specialist accommodation to help individuals live independently.
It comes as there are currently around 40 people on the waiting list for disabled housing in the county borough.
However, a total of 143 representations have been received against the plans ahead of a crunch meeting being held next week.
A range of concerns have been raised by neighbours about the background of tenants, as well as regarding the impact on crime and traffic in the area.
Despite the issues highlighted, the scheme has been backed for approval by the local authority’s chief planning officer.
In a report, Lawrence Isted said: “First Choice Housing are a housing association who works in partnership with local authorities across Wales and in Shropshire to provide specialist housing to individuals with specific needs.
“They are proposing to convert the existing dwelling to four self-contained apartments to provide supported living to meet a requirement to house four tenants with disabilities.
“Local authorities have a statutory responsibility to house people with disabilities in appropriate accommodation within their communities.
“There is a clear need for additional supported living accommodation to be developed.”
The council said all of the people on the waiting list were from Wrexham and four have already been identified to move into the property.
Those who wish to access supported living are required to complete an application process to assess their eligibility.
The authority said it would enter into a management agreement with the housing association and hold full rights to nominate tenants.
Mr Isted added he did not believe the proposals would have a negative impact on the area.
He said: “I have not been provided with any objective evidence that this proposal would result in or increase the risk of crime or anti-social behaviour in the area or threatens the safety of local residents and the users of the footpaths adjoining the site boundaries.
“Concerns of this nature are not unique to the type of development proposed and could equally apply to other forms of residential accommodation.
“Planning controls are concerned with the use of the land rather than the identity of the users.
“Nevertheless, I have set out earlier in this report that the development is intended to provide supported accommodation for individuals with disabilities.
“I have no reason to believe this will give rise to the issues the objectors have expressed concerns about.”
The proposals will be considered by members of the council’s planning committee at a meeting on Monday (JANUARY 6, 2019).