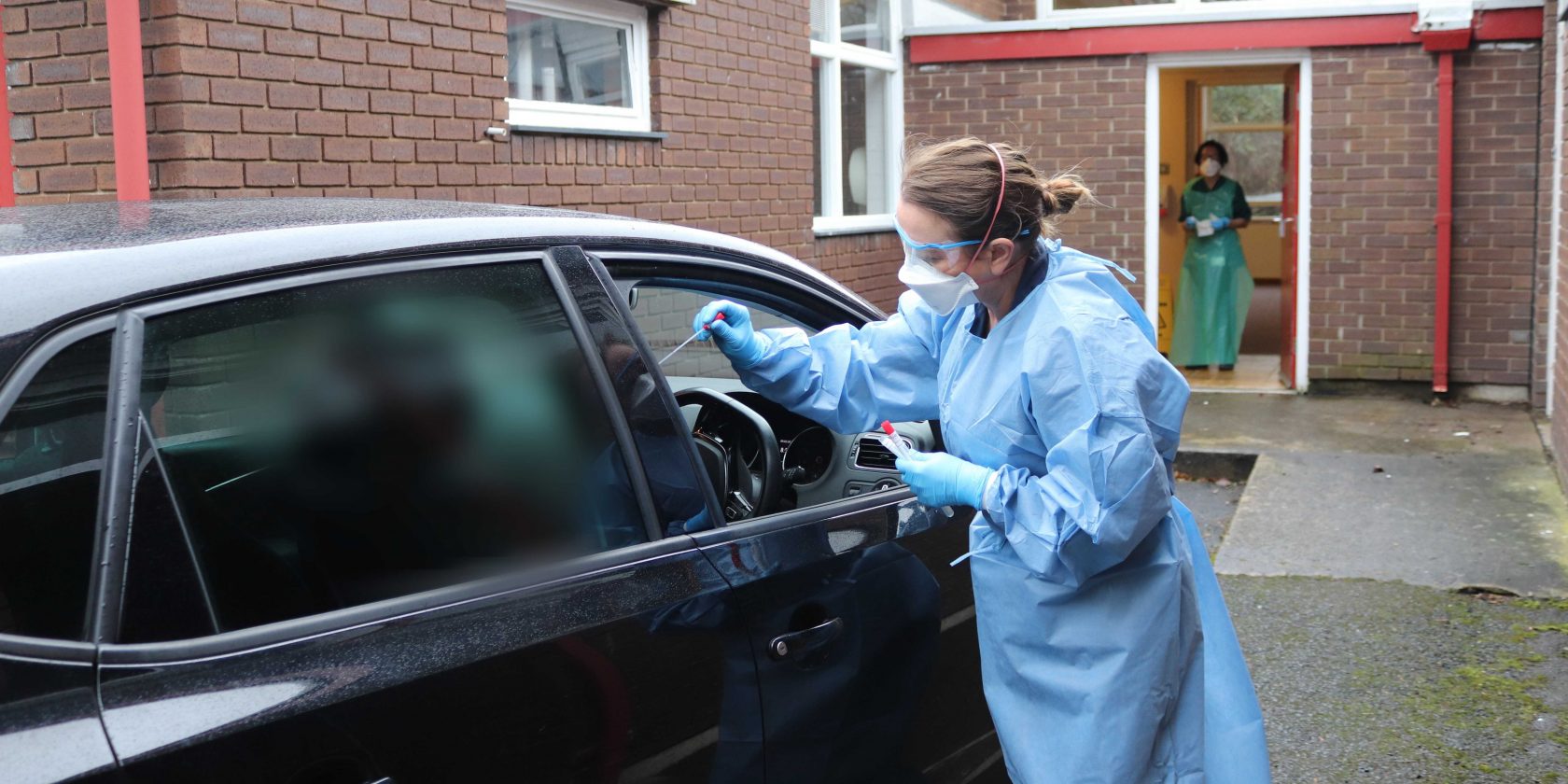 Front line workers are “frightened for their lives” as they haven’t been issued with the right protective equipment, with one describing claims that NHS staff were being tested for Covid-19 as “rubbish.”

This has led to one North Wales AM describing assurances on the testing of key health and care staff and the equipment available to protect them as “not matching what’s happening on the ground”.

Following the collapse of an alleged deal between the Welsh Government and private company Roche, which would have provided 5,000 such tests, Wales is currently only testing 1,100 people a day when it was planning to test 6,000.

The Welsh Government says that 5m extra pieces of PPE have been handed out, with testing capacity also being increased.

But according to Rhun ap Iorwerth, Plaid Cymru’s health spokesman, many key workers are expressing “deep concerns” that testing is too slow and that equipment being promised isn’t being delivered, prompting calls for a “real assessment” of the situation and “honesty” about the challenges.

He added that one worker at Ysbyty Gwynedd had described claims that staff were being tested as ‘rubbish’, while one GP surgery said they’d been turned down for tests on four GPs where were self-isolating and unable to work, while one doctor’s test  ‘went ‘missing’.

One NHS worker, who does not wish to be named, claimed that “staff are frightened for their lives,”  as they haven’t been provided with the right protective equipment.

They went on to say, “We’re all scared to go too near our children and our families. I can’t even touch my son or give him a hug because I’m afraid I could be carrying the virus and pass it on to him.

“We still haven’t got the tests that we need to keep our patients and ourselves safe. We’re exhausted. We’re not sleeping. Our families are scared for our welfare.”

Describing concerns over a lack of such equipment as one of the “defining features” of the crisis, Mr ap Iorweth said:

“The care sector appears particularly stretched, with one care home saying they have access to only ‘tiny’ amounts of supplies. This needs to be resolved.

“One senior health official told me that there needed to be some more ‘honesty’ about the challenge with PPE. The Government has ordered a review, let’s hope that gives us the true picture. Key worlers deserve no less.”

He added, “We’ve been told for some time that front line that health workers were top of the list for testing. In fact, over a thousand tests have been carried out on frontline NHS workers, but it’s not enough.

“We need widespread testing to track the spread of the virus but also so staff who are having to self-isolate are able to get back to work if they test negatively.”

North Wales Conservative MPs have also written to the Welsh Government to seek similar assurances, claiming that the current “all-Wales arrangement” has left the north “at the back of the queue,” and behind the rest of the nation in preparing field hospital sites.

Written by Ynys Mon MP, Virginia Crosbie, it went on to note, “A consistent picture is being painted of insufficient PPE now, along with worries that “the storm has not hit us yet.”

“The health board tell us unless something changes drastically, we will run out. We are hearing from constituents and front line staff that they are alrady having to buy their own PPE or improvise from what is available from other sectors.”

In response, a Welsh Government spokesperson said: “We have issued more than 5m extra pieces of PPE to frontline health and social care staff in Wales from our pandemic stocks – over and above the normal supplies available to the NHS.

“The First Minster has called on Welsh industry to help produce extra supplies of PPE for the NHS and social care.

“We have been testing NHS staff in Wales since 18 March. We are increasing our capacity to carry out more testing every week in Wales.”