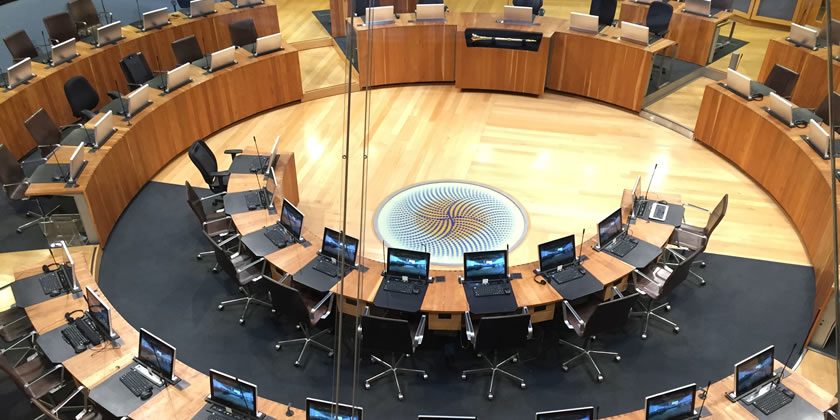 First Minister Mark Drakeford and Plaid Cymru Leader Adam Price have set out proposals to reform the Senedd which includes an increase in members and statutory gender quotas.

Welsh Labour ministers and Plaid Cymru have agreed to increase the number of Senedd Members by 36 to 96 elected through a proportional representation process.

They want Senedd reforms to be implemented in time for the next election in 2026, even if some of the changes are introduced on an interim basis.

Price and Drakeford have set out a joint position statement in a letter to Huw Irranca-Davies, the chair of the cross-party Special Purpose Committee on Senedd Reform.

At present, the Senedd is said to be “seriously under-resourced and underpowered” additional members would play a critical role in delivering better scrutiny and more informed decision making.

The committee must publish its report by 31 May, it will then be debated and voted on by the Senedd.

The joint position statement is the result of ongoing discussions between the First Minister and the Leader of Plaid Cymru, as part of the Co-operation Agreement.

First Mark Drakeford said: “The case for Senedd reform has been made. We now need to get on with the hard work to create a modern Senedd, which reflects the Wales we live in today. A Parliament that truly works for Wales.

“The joint position statement we are publishing today will help support the important work of the cross-party Special Purpose Committee to move Senedd reform forwards.”

Adam Price, leader of Plaid Cymru, said: “These reforms will lay the foundations for a stronger Welsh democracy and a fairer, more representative Senedd that will look entirely different to the outdated political system at Westminster.

“A stronger, more diverse, more representative Senedd will have a greater capacity to perform its primary purpose of making a positive difference to the lives of the people of Wales”