The Welsh Government has been urged to end restrictions on outdoor sporting events in Wales.

On Boxing Day, new stringent Covid regulations were introduced in Wales as infection rates began to rise following the emergence of the Omicron variant.

The rules mean that no more than 50 people can come together to watch any sporting events in Wales which effectively forces games to be held behind closed doors.

Pressure is growing on ministers to pull back from the restrictions which have led Welsh Rugby Union to consider playing home Six Nations games in England.

“However, I fear that the suspension of relatively modest public sports, such as Welsh football leagues, has damaged public credibility in government regulations.

“It seems irrational and unreasonable that people cannot watch their local footy team play, but can go to the pub to watch the Premier League.

“One of the reasons Covid infections spread in the winter is due to people meeting indoors.

Any activity that gets people outdoors should therefore be encouraged, especially in the winter. Going out and socialising outdoors also benefits people’s mental health.

“I therefore ask the government to urgently reconsider the rules and allow spectators back outdoors to support their teams – a step that will be beneficial in the fight against the infection.”

Welsh Health Minister was asked at a press conference today whether the government was considering bringing an end to restriction on outdoor events in Wales.

She said: “I can assure you that we are keen to dismantle any restrictions as soon as we possibly can.

“We think it’s our legal obligation to do that, but we are in a situation where the pandemic is very much still with us.

“We are keeping a very close eye on the statistics that are coming in at the moment.

“We’re hoping that we’re seeing a stabilization those numbers.

“Clearly, I think it will be difficult for us to dismantle things if the numbers are continuing to rise.

“But certainly, when it comes to the Six Nations, we think we’ve still got some time before those decisions need to be made.

“That is early February, there’s still a bit of time for us to make those decisions and we are already discussing this in cabinet.”

Police are appealing to identify two men in connection with a burglary in Caernarfon. The suspects were seen to be wearing surgical masks and gloves, and in possession of screwdrivers. (LINK) 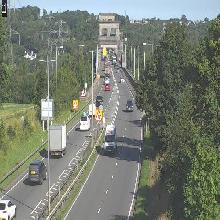 The former chancellor spoke to members of the North Wales Conservative Association as one of two candidates vying to become the next party leader. (LINK)