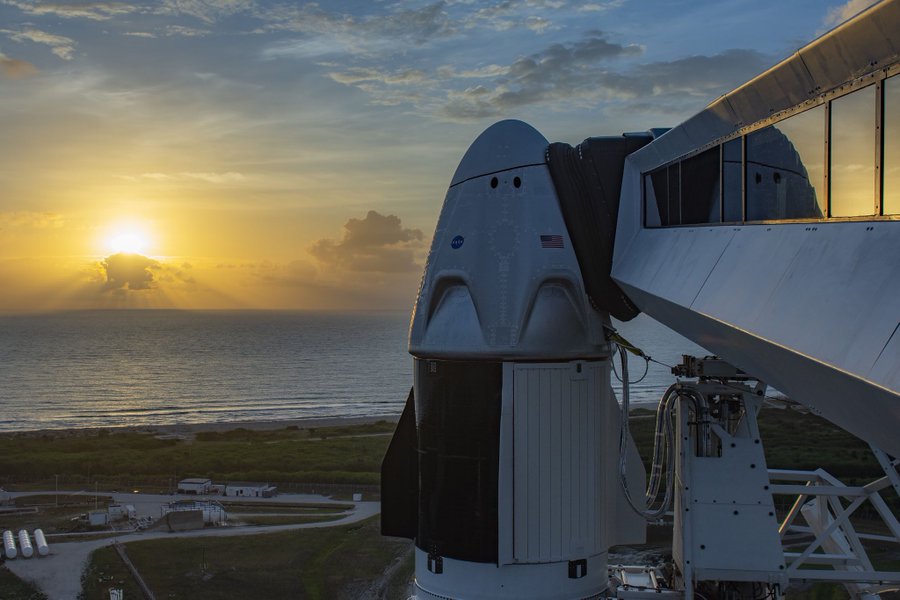 Tonight sees a rare opportunity to see a manned spaceflight from the UK, and a historic flight as well.

Nasa and SpaceX are launching two astronauts to the International Space Station this evening via the ‘Dragon’ capsule, the first manned flight for SpaceX and the first time there has been manned flight from the USA since 2011. The two people on board tonight are Doug Hurley, the spacecraft commander with Bob Behnken as joint operations commander.

The launch takes place at the Kennedy Space Center in Florida at 4:33 PM Eastern time – which is 9:33 PM our time.

Around 9:50 PM the rocket should be visible to the naked eye from the west, moving east, in the lower part of the southern sky.

Currently the weather forecast has clear skies so visibility should be good from the UK.

NASA are streaming the launch on its website – https://www.nasa.gov/nasalive and SpaceX also provide similar feeds. Often with such launches it is worth tuning in several minutes beforehand to hear the full rundown of the checklists before launch, and be aware various ‘stops’ might take place delaying the launch for several seconds, minutes or even hours.

It is not unusual for launches to miss the ‘window’ for launch, meaning the entire process is scrubbed for the day. If that does take place there are several further launch windows where the above will happen again. There is a Tropical Storm forming just north off the coast of S. Carolina which could put today’s launch in jeopardy.