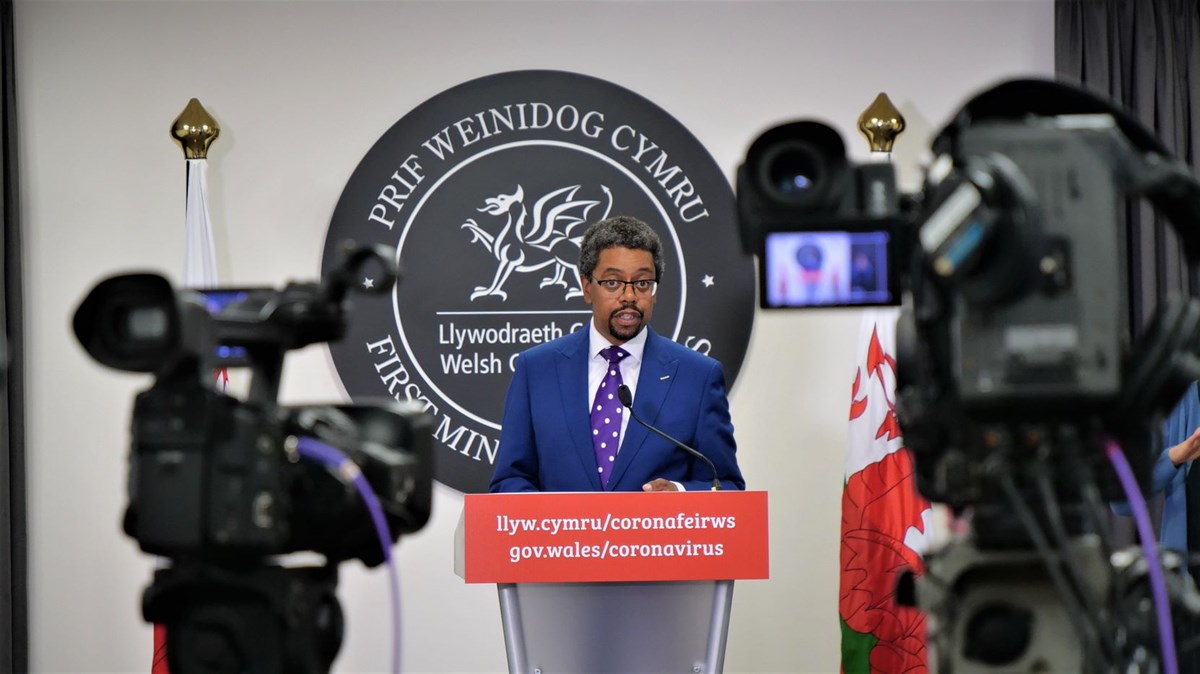 Evidence suggest Wales is “over the worst of the second wave”, the health minister Vaughan Gething has said.

However he warned that this does not mean that people can “let down their guard down and forget the basic steps which have helped to keep us safe throughout the pandemic.”

Wales has been in a level four lockdown, which includes a strict stay at home message, since December 20.

Speaking at today’s Welsh Government press conference Mr Gething said that the evidence suggests that Wales is now “over the worst of the second wave.”

Mr Gething said: “As more people are vaccinated in Wales, we maybe seeing a faster than anticipated fall in the number of people admitted to hospital.

“We have also seen a reduction in the number of people with coronavirus in our critical care units.

“And this is really positive and suggests that we’re over the worst of the second wave of the virus in Wales.

“Thanks to everything that you have done over the last couple of months, by staying at home you’ve kept yourself safe and you’ve helped to keep Wales safe, helping to control the spread of coronavirus.

“But this doesn’t mean that we can afford to let our guard down and forget the basic steps which have helped to keep us safe throughout the pandemic or to allow us to relax all the restrictions in one go.”

The outcome of the next three week review is set to be announced next week, with the remainder of primary school children expected to be given the go ahead to return to classrooms.

It has also been indicated that the stay at home message could be removed, however Mr Gething said that it could be a case of replacing it with “stay local” message for three weeks.

He also warned that any changes made to the current restrictions need to take into account the scientific advice and any new variants of the virus.

Mr Gething said: “We will be taking a careful and gradual approach towards lifting the restrictions, starting with our top priority of getting our children back into school.”

“We’ll also be following the very clear advice from our experts to monitor the changes we make for their impact on infection rates.

“This is particularly important as we emerge from this lockdown because the even more infectious Kent strain of the virus is now the most dominant form of the virus across Wales.

“This is one of the new mutated strains of the virus which has emerged in the last few months in the UK and elsewhere around the world.

“We first became properly aware of the Kent strain in December, but it was probably driving some of the high infection rates we saw across Wales in late November.

“Some of these new mutated strains of coronavirus could cause the pandemic to take a new turn, causing more problems as they become a source for more infections and potentially serious illness.

“New variants can emerge at any time in any part of the world, but they’re more likely to occur if we have higher levels of community transmission.

“That helps to explain why we need to keep rates of infection under control and as low as possible, even as more people are vaccinated,

“We also want to get rates of the virus as low as possible before we begin significant relaxations because as soon as people start mixing again, we know that the virus will start to transmit again.”

“That’s why we can’t forget the basic steps which helped to keep all of us safe, to keep our distance to wash our hands often, to wear a face covering in indoor public spaces, working from home wherever possible and keeping indoor places well ventilated.”

You can view the full briefing from today on the below video: