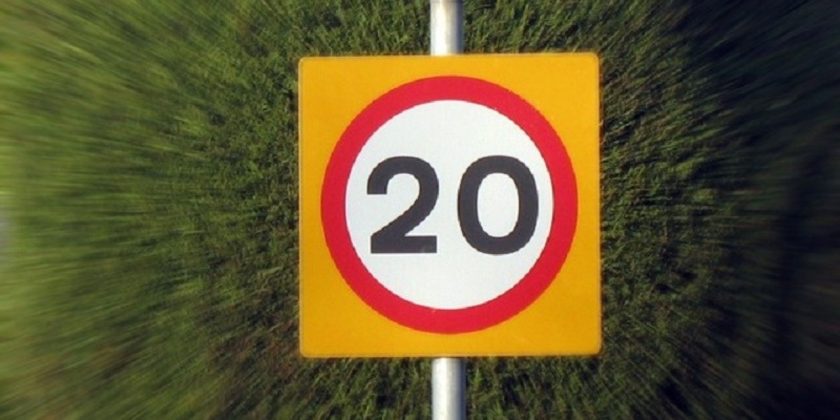 Moving to a national 20mph speed limit for residential roads will make them “safer, save lives and encourage more of us to walk and cycle” the Welsh Government has said.

The government wants it to be law that the national default speed limit on residential roads and busy pedestrian streets is cut to 20mph.

Earlier this week legislation was laid which will allow for a vote to take place in the Senedd next month on the reduced speed limit plan.

Despite an overall reduction in traffic collisions since 1993, there were almost a thousand serious incidents in Wales in 2018.

These resulted in 1137 people being killed or seriously injured, of which 80 were children.

Data shows the largest proportion happened on roads with a 30mph speed limit, representing 50% of all collisions and 40% of collisions where someone was killed or seriously injured (KSI).

30mph is the default speed limit for the majority of our urban and residential streets, known as ‘restricted roads’. These are defined as roads with street lights every 200 yards.

In 2018, the Welsh Government asked Dr Adrian Davis to review the evidence that reducing urban speed limits can reduce the number of collisions.

The Review concluded that: “For casualty reduction the evidence is consistent that casualties are reduced as a result of 20mph speed limits.”

Only around 1% of the urban road network in Wales is currently subject to 20mph limits, even though most roads only serve residential areas.

Currently, changing a road to 20mph can be done by the highway authority using a Traffic Regulation Order (TRO), and requires the installation of repeater signage to indicate that there is a different limit on that road.

Local authorities have identified the cost and complexity of this as a barrier to the introduction of 20mph limits.

In November 2020 the Welsh Government undertook a national survey which found strong support for the plans, especially among parents or those with children in the household:

“All participants were then asked directly whether they would support a speed limit of 20 mph in the area in which they lived. Four in five Welsh adults (80%) said they would, compared to one in five (20%) who would not.”

Following this, a 2021 pilot scheme to introduce 20mph limits began in eight areas across Wales including Buckley and the surrounding area.

The aim of the trial is to develop enforcement arrangements and overcome unforeseen issues before the full rollout, planned for 2023.

This policy is not universally supported. While the Welsh Government found support in the survey data and in focus groups, 53% of responses to its consultation on the proposals were opposed.

There has been a well-documented backlash from local residents who say they were not consulted properly on the 20mph speed limits despite Flintshire council stating an “extensive period of informal consultations” had taken place.

Locals have said the new speed limits are targeting the wrong roads such as Liverpool Road, a main arterial route through Buckley.

Other reasons stated as part of the Welsh Government survey included longer journey times, increased congestion and that it could ‘annoy’ drivers.

The Senedd Petitions Committee is considering a petition which opposes the national approach to setting the default speed limit at 20mph.

Under the proposals, changing the default speed would not affect the powers of local authorities to set local speed limits, it would simply reverse the process. Exceptions to 20mph would require a TRO where a higher speed is justified.

Transport for Wales has developed a tool to assist authorities in achieving a consistent approach to making exceptions across Wales.

Following a debate in the Senedd in July 2020, there was cross party support for the Welsh Government’s intention to commence the reform process, with 45 of 53 Members of the Senedd voting in favour of the proposal.

Section 81 of the Road Traffic Regulation Act 1984 gives the Welsh Ministers power to make subordinate legislation to increase or decrease the speed limit for restricted roads.

This would need to be passed by the Senedd using the affirmative procedure, i.e. it would require a further vote to approve the legislation.

The announcement of the Welsh Government’s legislative programme in July 2021 included a commitment to bring this legislation forward within the first year of the Senedd.

The Welsh Government laid the draft statutory instrument on 21 June, with the Plenary debate planned for 12 July.