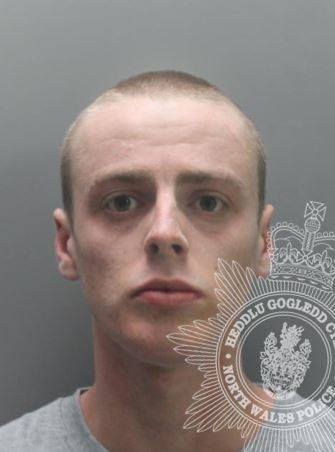 A man who threatened rail staff and assaulted a police officer at Bangor railway station has been jailed for 20 weeks.

He pleaded guilty to assault on an emergency worker, a public order offence, possession of class B drugs and criminal damage.

He was sentenced to a total of 20 weeks in prison and ordered to pay £120 in compensation.

At around 10.30am on Friday 19 June, Norman asked a member of rail staff for a key to the station toilet.

When the member of staff didn’t have the key immediately, he became abusive towards them and other members of staff, threatening to “snap their chin”.

As a result of his threatening behaviour, British Transport Police officers arrived at the scene and arrested Norman for a public order offence. While he was being detained, he lashed out and kicked an officer.

After being searched in custody, Norman was also found in possession of cannabis. He then went on to urinate on the police cell and spat at a CCTV camera.

British Transport Police Inspector, Karl Anderson, said: “This was an aggressive act of violence towards innocent people simply trying to do their job. Staff have every right to go to work without the fear of violence and we will not tolerate this type of behaviour on the railway.

“I am pleased to see the judge hand Norman this sentence and we will continue to do everything we can to investigate offenders like this and bring them to justice.”