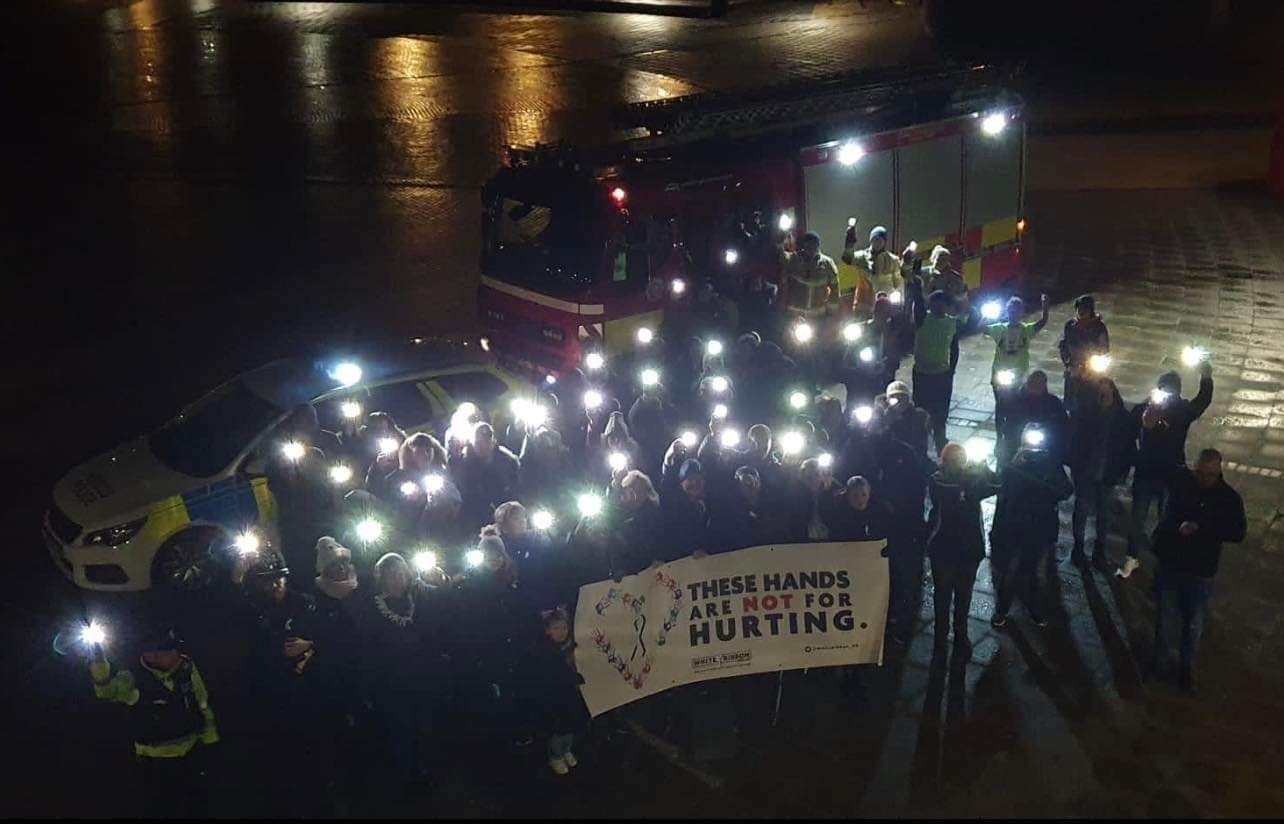 Vigils have been held across North Wales to remember victims of violence against women.

Members of the public and police officers came together to show their support and held a two minute’s silence.

The silence was held to remember all the victims of violence against women, including Sarah Everard, who was kidnapped and murdered by a Met Police officer whilst walking home in South London in March this year.

Sgt Claire McGrady, who attended the Wrexham vigil, said: “We came together this evening to show solidarity against perpetrators of domestic abuse and in support and memory of the victims who have sadly been taken from us.

“We, as a police force do not condone these actions and will do everything we can to raise awareness of domestic abuse and make it stop.”

The force yesterday launched its #CheerNotFear campaign to raise awareness of domestic abuse over the Christmas holidays, with cases rising significantly during the festive period.

Over the next 16 days, police will be issuing information about different forms of domestic abuse, signs to look out for in both victims and perpetrators, who can help and how to report cases.