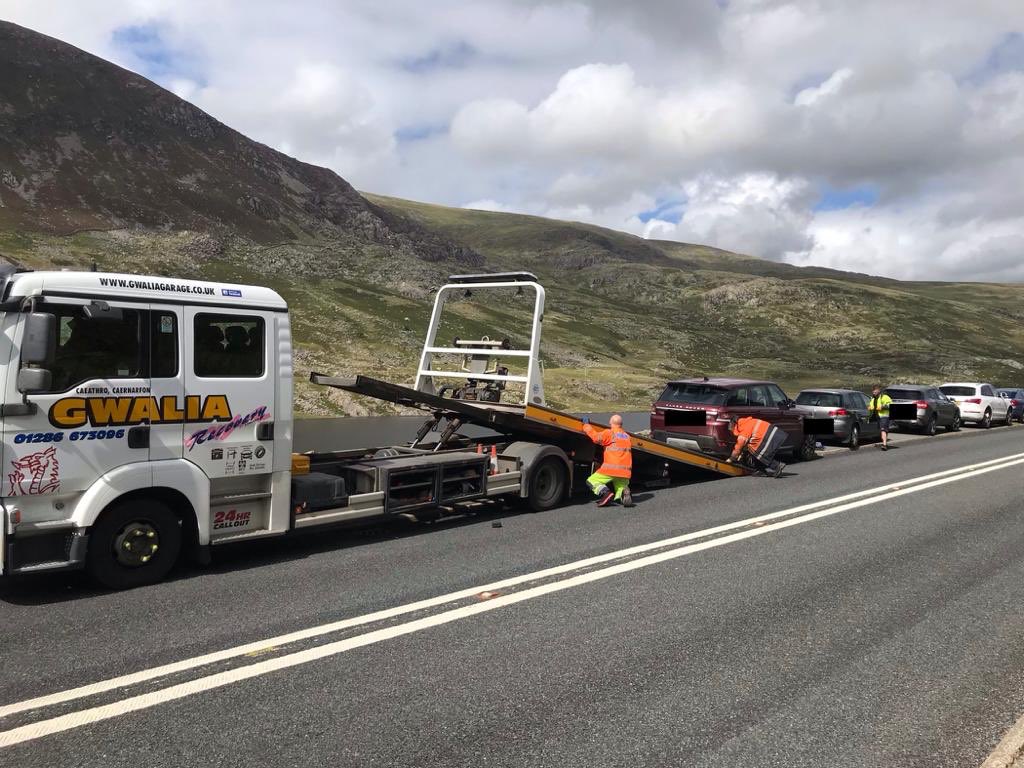 Seven vehicles have been towed away after problems with “inconsiderate and dangerous” parking continued in Snowdonia today.

Police said the owners would now have to pay to get them back after they were removed from the A5 in Ogwen.

Action was taken after officers were approached by concerned members of the public who were forced to walk in the road.

It’s the second weekend in a row that police have patrolled the area, but despite persistent warnings, they said there are visitors who are still not respecting road safety.

Despite repeated warnings some have continued to park irresponsibly & dangerously in #Ogwen today. Officers approached by concerned members of the public who were forced to walk in the road.