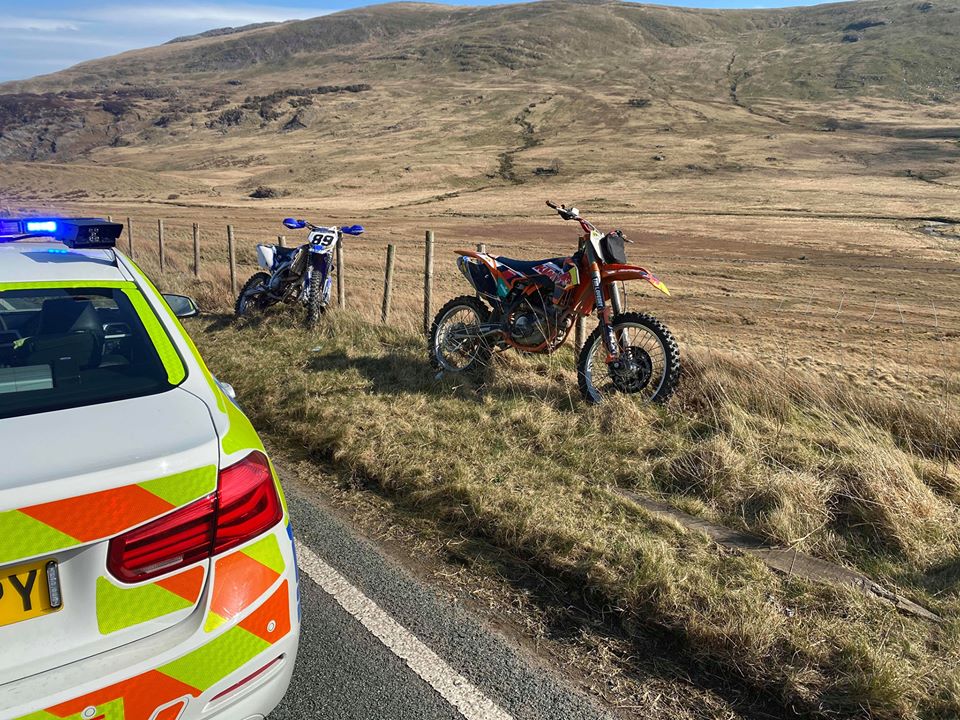 Two off-road bikers from the Wirral are facing court action for failing to stop for police and breaching coronavirus legislation.

The two men were initially seen on the A4086 Capel Curig towards Llanberis Pass but fled from Llanrwst officers.

However, they were later tracked down by members of the roads policing unit.

The pair from Wallasey have now had their bikes seized and been reported to court.

In a statement, officers said: “Two males from Wallasey riding their off-road motorbikes on A4086 Capel Curig towards Llanberis Pass.

“Failed to stop for Llanrwst officers. Both stopped by us and reported to court for no insurance, fail to stop for police and offences under Covid legislation. Bikes seized.”

The new laws have put a stop to all travel for non-essential purposes.