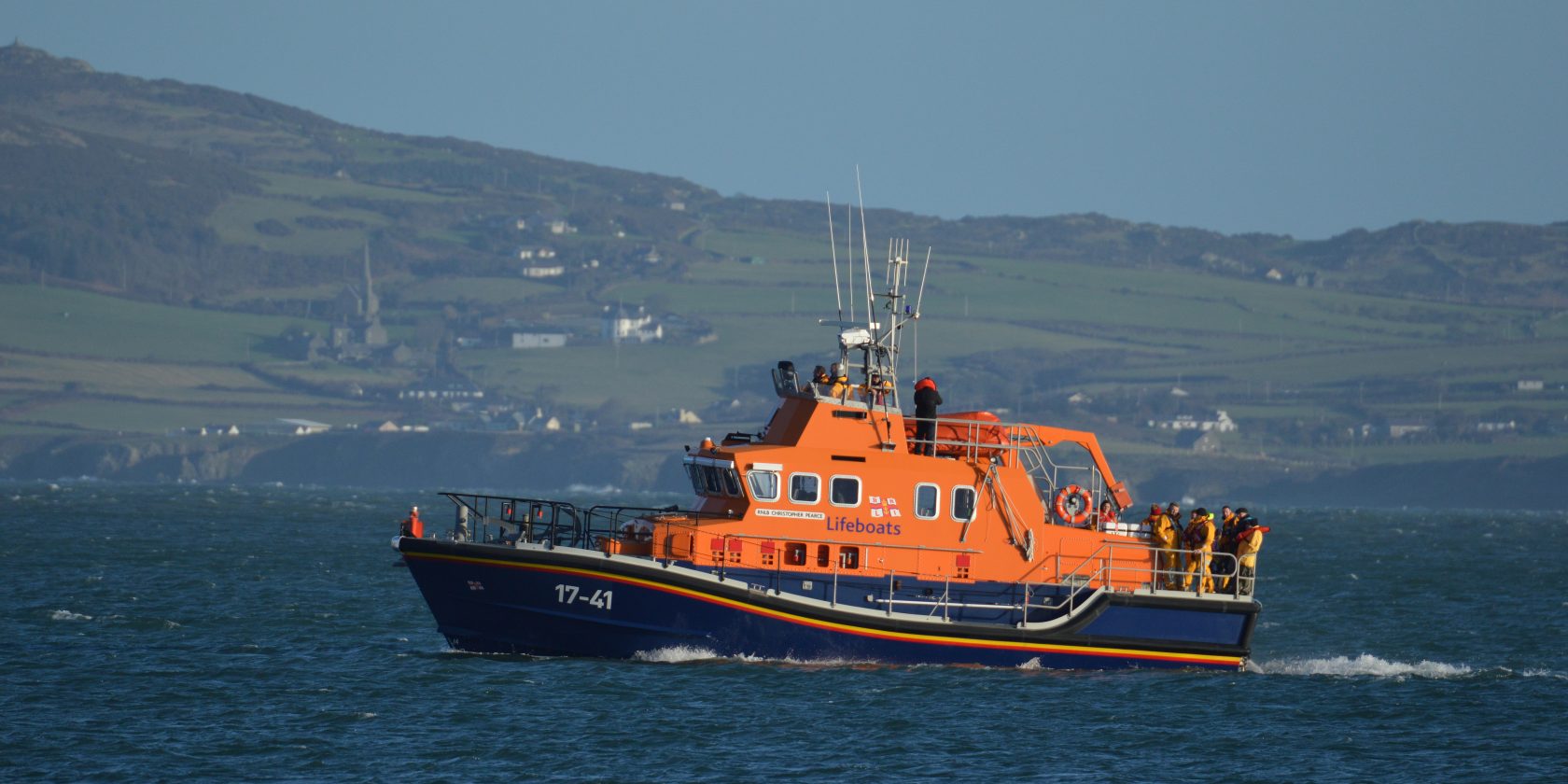 A potential tragedy at sea was narrowly averted yesterday afternoon when lifeboat teams rescued a family of jet skiers in trouble off the Anglesey coast.

HM Coastguard was first alerted to a report of a single jet ski which had broken down and was suffering steering problems in the Skerries lagoon area shortly before 2pm.

However, after a volunteer lifeboat crew had launched, it soon transpired there were two jet skis involved, each with two people on board and one of which was sinking.

With the two passengers left in the water, the woman who made the call was reported to be extremely distressed.

Radio communications were set up to pinpoint their exact location and the lifeboat crew carried on at full speed towards the stricken jet skiers.

Information was then received that one of the jet skis had fully sunk, and three people were on board the remaining jet ski, with one person in the water.

On arrival at the scene, the lifeboat crew found one jet ski almost totally submerged, with only its bow protruding from the water.

A woman and two young children were on board the second craft, and a man was clinging to the stern.

The crew were informed that one of the children had only just come out of a cast for a broken leg, and the man who was clinging onto the jet ski was extremely fatigued.

All four casualties were immediately taken to the safety of the lifeboat and the HM Coastguard helicopter arrived approximately four minutes later to assist but was not required.

Two other lifeboats were also called to the scene, one to retrieve the jet skis and one to help take the family back to the Sandy Beach area of Llanfwrog where they had come from.

All four of them were monitored by the lifeboat crew as they were suffering from seasickness and shock.

They were then safely taken back to shore along with the jet skis.

Holyhead coxswain Tony Price said the fact that the jet skiers were wearing the correct lifejackets and were carrying a VHF radio probably saved their lives:

He said: “Without the correct means of calling for help, this situation would likely have ended in tragedy.

“The lady involved kept calm enough to call for assistance as soon as she could, and then Holyhead Coastguard got us on the water very quickly.

“We’re just glad all four people involved were saved, as the outcome to this situation could have been very different.

“It was a fantastic effort from all those involved, including the helicopter team.

“It’s always very reassuring to hear them approach – but on this occasion we were first on scene and able to evacuate the casualties very quickly onto our lifeboat.”

After the incident, the RNLI crews headed back to wash the lifeboats and were prepared for any further calls by 5.30pm.