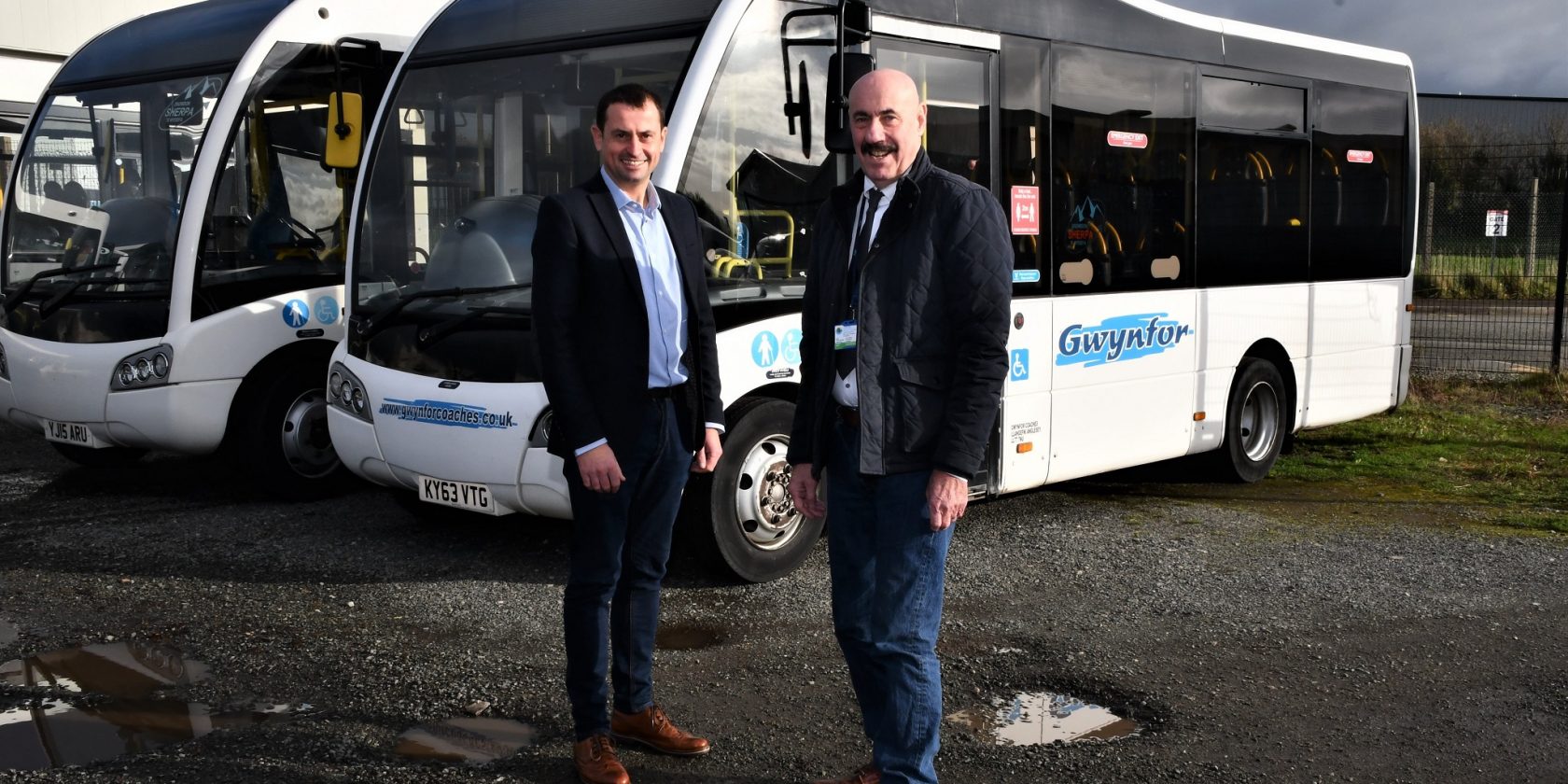 A new shuttle bus service will be launched today (Monday, 21 November) to help commuters in the south of Anglesey.

The bus service to and from Penmon, Caim, Glanrafon was halted earlier this year after weight restrictions were introduced on the Menai Suspension Bridge.

The county council has now managed to secure funding from Welsh Government to provide a new shuttle bus that will service residents in these areas. The devolved government has initially agreed to fund this service until Christmas.

Welcoming the news, local Seiriol ward members Councillor Carwyn Jones, Councillor Alun Roberts and Councillor Gary Pritchard said: “We have been liaising with community members affected and have been pressing for a solution.

“We welcome this funding by the Welsh Government to provide the shuttle connection service.”

Highways, waste and property portfolio holder, Councillor Dafydd Rhys Thomas said: “I would like to thank Welsh Government, our highways officers at Anglesey Council, and Gwynfor Coaches for their support and work to help facilitate this new arrangement and service.”

“This will undoubtedly help the local community and commuters to access key bus services and commute for the coming few weeks.”

On 21 October, the A5 Menai Suspension Bridge was closed to all traffic with immediate effect.

The decision was taken by the Welsh Government, in the interest of public safety, after serious risks were identified and structural engineers recommended closing the bridge.

Residents and commuters travelling over the Britannia Bridge are also being encouraged to consider car sharing and to utilise the park and share/ride facilities at Gaerwen (LL60 6AR) and Llanfairpwll (LL61 5YR).

Head of service for highways, waste and property, Huw Percy said: “We understand motorists’ frustration given the current situation with the Menai Suspension Bridge.

“However, we are working hard and closely with Welsh Government to mitigate the effect this has on our residents, visitors and the local road network.”

The council is also measuring the impact the closure of the Menai Suspension Bridge has had on businesses in the town through an online survey.