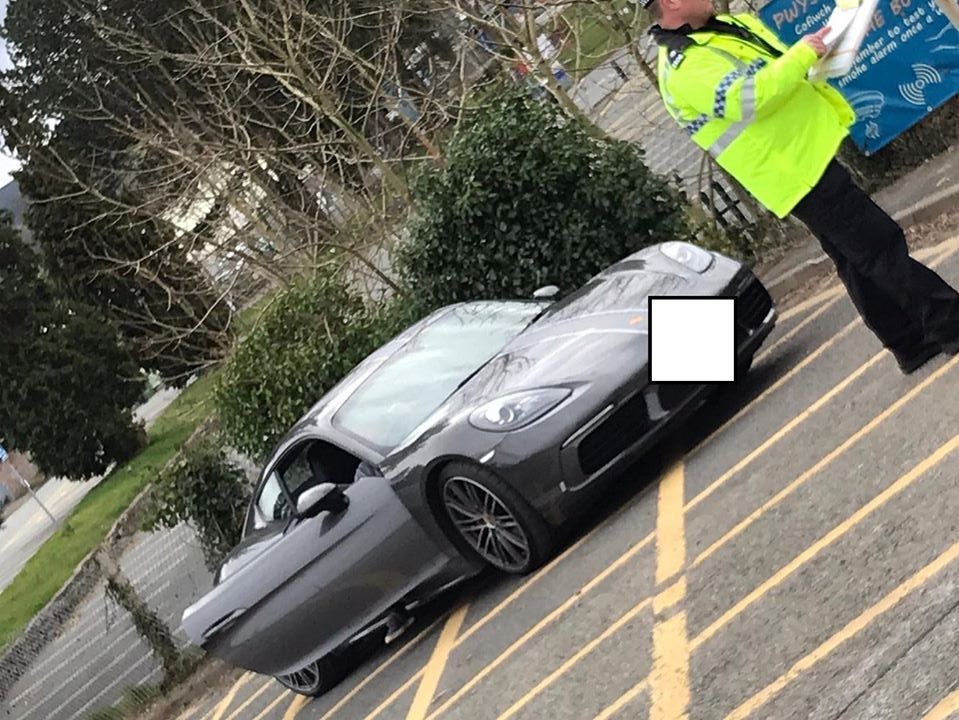 A driver from Shropshire who decided to take his Porsche out ‘for a spin’ in North Wales this weekend now faces court action.

North Wales Police officers were carrying out checks in Bala when they came across the man, who has now been reported under the new coronavirus legislation.

Under restrictions set out by the government, all non-essential travel has been banned.

It follows recent anger over visitors coming to the region and potentially helping to spread the illness.

Members of the roads policing unit said the man would be dealt with in court.

According to Public Health Wales, there have been 13 further deaths in the country of people who had tested positive for COVID-19 as of today, taking the total number up to 154.

The amount of confirmed cases has also risen by 387, bringing the total up to 2,853.

However, as always, the true number of cases is likely to be higher.

We can only hope that these sobering figures and the action being taken by police makes people stand up and take notice of the government advice, which is there for everyone’s benefit.