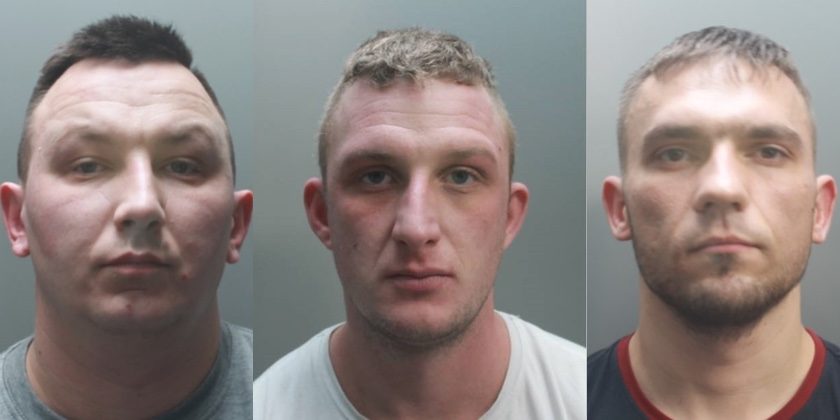 A gang of three who targeted properties in the rural areas of North Wales and Cheshire are behind bars following an 18-month operation by the two police forces.

They appeared at Sheffield Crown Court on 9 June to be sentenced. Lawin was sentenced to five years eight months in prison.

Korybolski was given a five year three month sentence and Knapik was sentenced to four years and four months.

Their crime spree came to an end following an investigation by Cheshire Police and North Wales Police.

The trio stole property with a combined value of more than £450,000 between 23 July 2018 and 2 July 2019 targeting high value items such as quad bikes, motorbikes and horse tack.

As the net closed in on the gang, officers raided addresses in North Wales and arrested Korybolski at his home address, Lawin and Knapik had fled back to Poland so were extradited back to the UK to face justice.

The men were subsequently charged and sent to court.

Detective Superintendent Simon Draco said: “I want to thank the officers from Cheshire and North Wales for their dedication and commitment – this was a very complicated and painstaking investigation which took a great deal of skill and determination to bring to court enough evidence to cause the defendants to plead guilty before a trial.

“I understand the rural communities were rightly concerned about the series of burglaries and I hope now that justice has been done they see that we were tirelessly working behind the scenes to arrest and put the offenders before the courts.

“The financial impact of burglary can be significant, but it’s the emotional effect of being burgled which often lasts much longer and should never be underestimated.

“As a force we understand this and we hope this conviction goes as a warning to criminals, that in policing there are no borders, we work together to get criminals off the streets and will not stop sharing information and working together to keep our communities safe.”

Sergeant Jenna Wyn Hughes of North Wales Police said: “This was a complex and protracted investigation, which highlights the benefits of our close working relationship with colleagues from Cheshire.

“Borders will never act as a barrier to assist criminals in the execution of crimes like these.

“I welcome the sentences handed down, which serve as a clear warning that we will relentlessly pursue offenders, regardless of where they may flee to evade justice.”