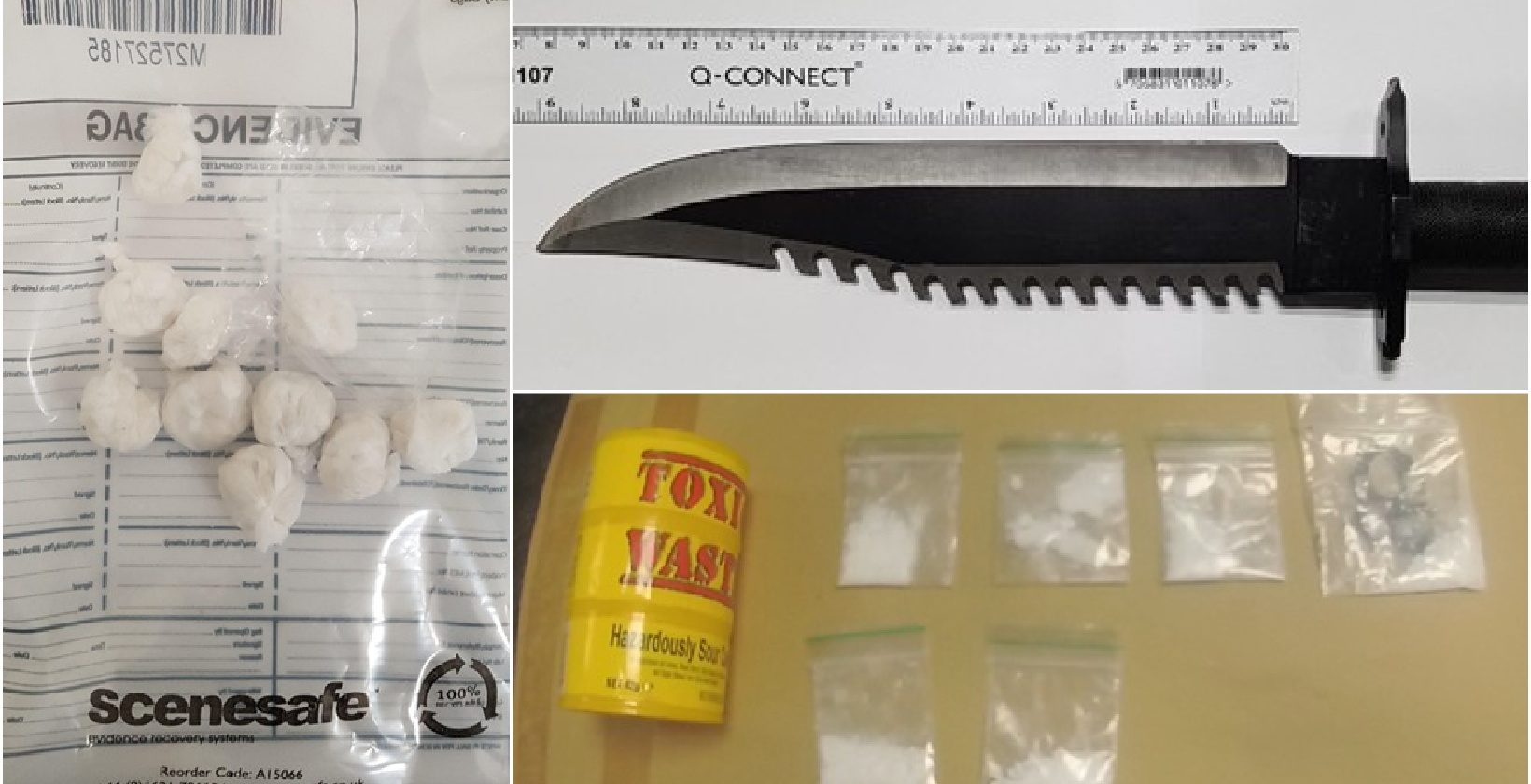 Police have added several names to the naughty list this Christmas after seizing a large hunting knife and suspected Class A drugs. ‌﻿​﻿‌﻿‌﻿​﻿​﻿​﻿‌﻿‍﻿‌﻿​﻿‌﻿​﻿‌﻿​﻿​﻿​

On Friday officers in the north of Gwynedd executed a warrant and three people were arrested for allegedly being concerned in the supply of Class A and B drugs, with multiple phones and drug paraphernalia seized. ‌﻿​﻿‌﻿‌﻿​﻿​﻿​﻿‌﻿‍﻿‌﻿​﻿‌﻿​﻿‌﻿​﻿​﻿​

Two others were also arrested on Friday evening having breached their licence conditions and sent back to prison. ‌﻿​﻿‌﻿‌﻿​﻿​﻿​﻿‌﻿‍﻿‌﻿​﻿‌﻿​﻿‌﻿​﻿​﻿​

On another occasion, a man found acting suspiciously was stop searched and found to have a quantity of cash and what is suspected to be Class A drugs. An arrest was made for possession with intent to supply, and a search of his home address resulted in further evidence being seized. ‌﻿​﻿‌﻿‌﻿​﻿​﻿​﻿‌﻿‍﻿‌﻿​﻿‌﻿​﻿‌﻿​﻿​﻿​

The Gwynedd North policing team said: “Lots of proactive work ongoing with great results. Unfortunately, we will have to add some names to the naughty list this Christmas.” ‌﻿​﻿‌﻿‌﻿​﻿​﻿​﻿‌﻿‍﻿‌﻿​﻿‌﻿​﻿‌﻿​﻿​﻿​