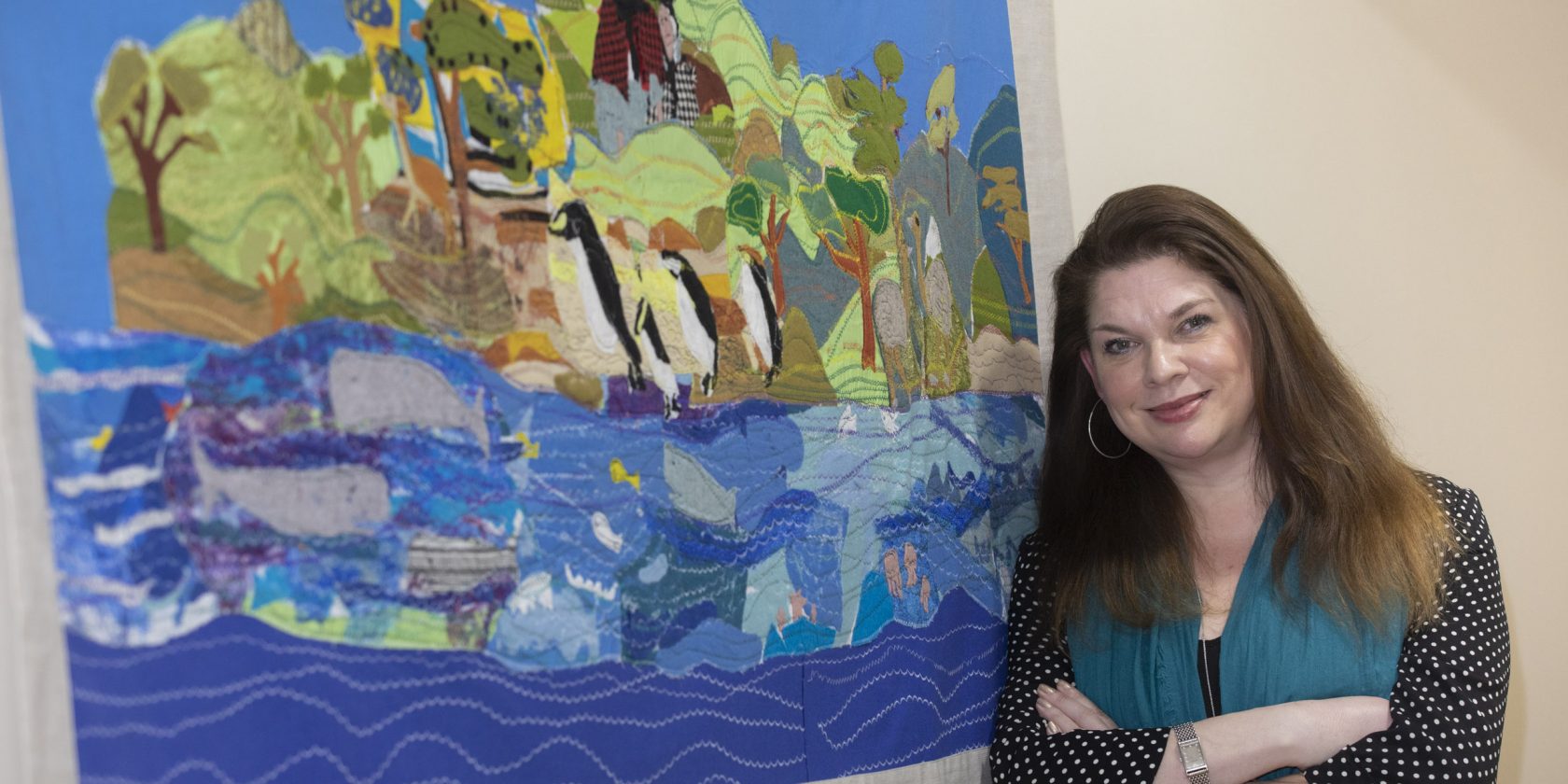 Wales’ first ever care home artist in residence is celebrating a quarter of a century in the ground-breaking role.

Talented Sarah Edwards was engaged as a consultant by the Pendine Park care organisation by arts loving owners Mario and Gill Kreft in 1995.

Since then Sarah’s has supported the development of award-winning enrichment programmes at their eight care homes in Wrexham and Caernarfon where she has also masterminded their interior design.

Sarah, a gifted artist in her own right, first helped Pendine Park when they were opening their third care home, Highfield House, in Wrexham.

Mario and Gill were keen to bring the benefits of art and music to residents and staff.

Mario said: “We knew that art and music could be a huge benefit and were thinking of how it could be included in day to day care.

“That’s when, out of the blue, an approach to provide innovative services arrived from Sarah who had just graduated from Cardiff University.

“It seemed to us that Sarah had already decided she was going to become the first artist in residence at Pendine Park and indeed the first in Wales.

“Sarah interviewed us with some forensic questioning and fortunately we passed. The rest is history and we became clients.”

Sarah has helped guide Pendine Park to win won numerous arts related awards and in 2015 the organisation was named Business of the Year at the prestigious Arts and Business Cymru Awards.

Born and raised in Wrexham, Sarah graduated from Cardiff University with a first in illustration after initially studying art at Yale College which is now part of Coleg Cambria.

She said: “My initial plan, as I graduated, was to illustrate children’s books, but I had a problem in that I’d be working on my own and I felt I’d be isolated.

“Having completed a project at a hospital in Gwent to brighten up the hospital environment and make it an inspiring place for patients and visitors, the experience stayed with me and I thought about how I could take that idea forward into a care home setting.

“I believed the arts, not just painting, drawing and collage but music, drama, writing and all other art, could have a positive impact not just on the lives of residents but staff too.

“I met Mario and his grandfather, Fred, who was a resident himself in what is now Highfield House.

“I brought my portfolio in with me and explained my vision of how I saw the arts and the whole concept of enrichment developing. I agreed to volunteer at first and really enjoyed the interaction with residents.

“Suddenly residents weren’t ringing their bells and demanding attention. They had a focus and something to concentrate on.”

She added: “People come into a care home and sometimes believe it’s the end, or near end, of their lives. But it isn’t, it is in fact just the start of a new chapter.

“They are often amazed to discover they have talents they didn’t know they had. That’s what inspires me.”