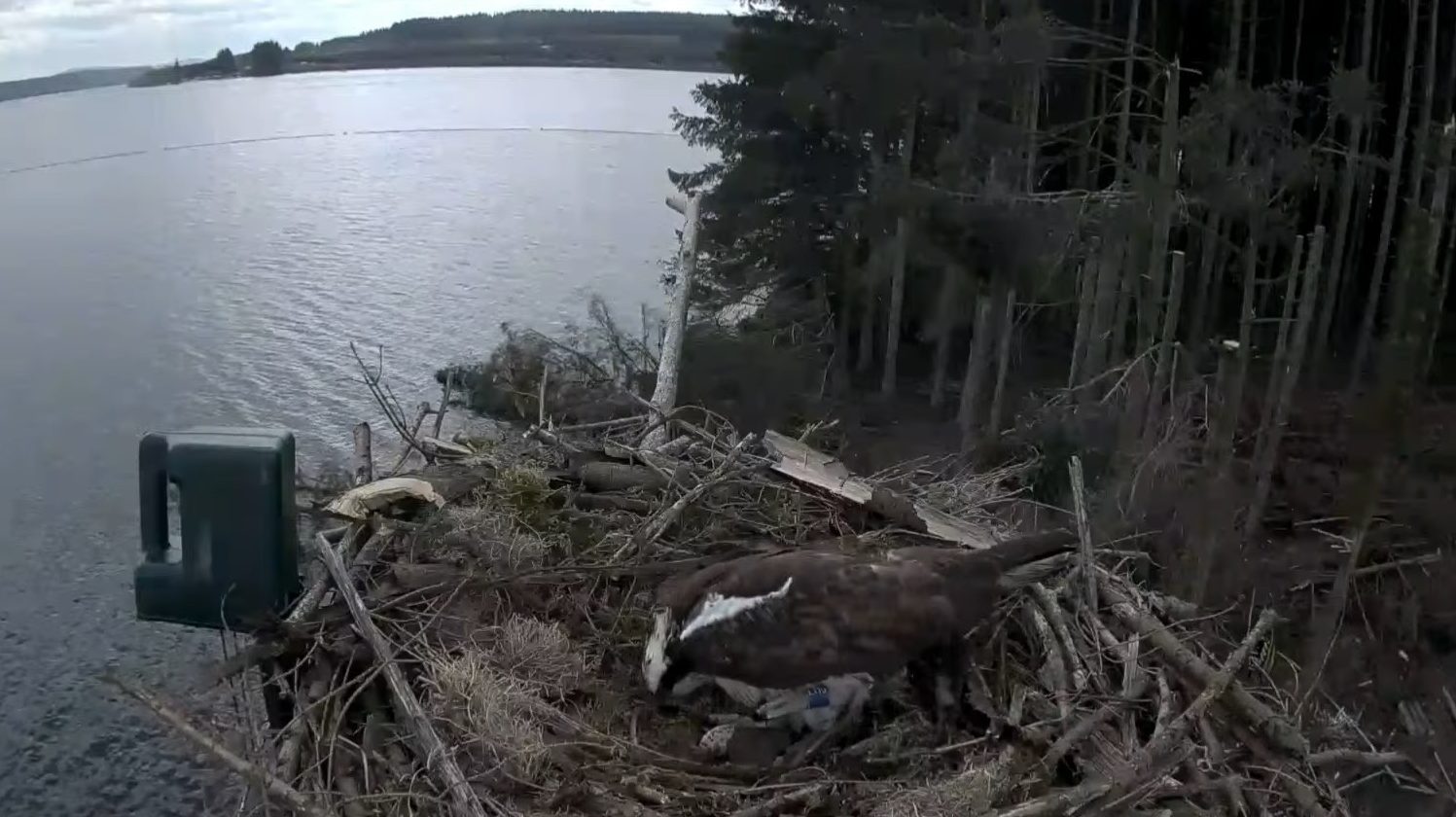 An osprey has laid her first egg of the season after returning to a nesting site in North Wales which was previously targeted in a chainsaw attack. ‌﻿​﻿‌﻿‌﻿​﻿​﻿​﻿‌﻿‍﻿‌﻿​﻿‌﻿​﻿‌﻿​﻿​﻿​

There has been a tense wait to see if a pair of Scottish ospreys would return to Llyn Brenig after the shocking attack which saw their pole and nest felled in April last year. ‌﻿​﻿‌﻿‌﻿​﻿​﻿​﻿‌﻿‍﻿‌﻿​﻿‌﻿​﻿‌﻿​﻿​﻿​

Security has since been stepped up around the nesting platform, which is located near the border between Denbighshire and Conwy, after a new one was installed. ‌﻿​﻿‌﻿‌﻿​﻿​﻿​﻿‌﻿‍﻿‌﻿​﻿‌﻿​﻿‌﻿​﻿​﻿​

“Its been an anxious wait to see if our young Scottish born pair would return to the nest after first visiting us at Brenig last year before a horrible chainsaw attack saw their pole and nest felled and destroyed. ‌﻿​﻿‌﻿‌﻿​﻿​﻿​﻿‌﻿‍﻿‌﻿​﻿‌﻿​﻿‌﻿​﻿​﻿​