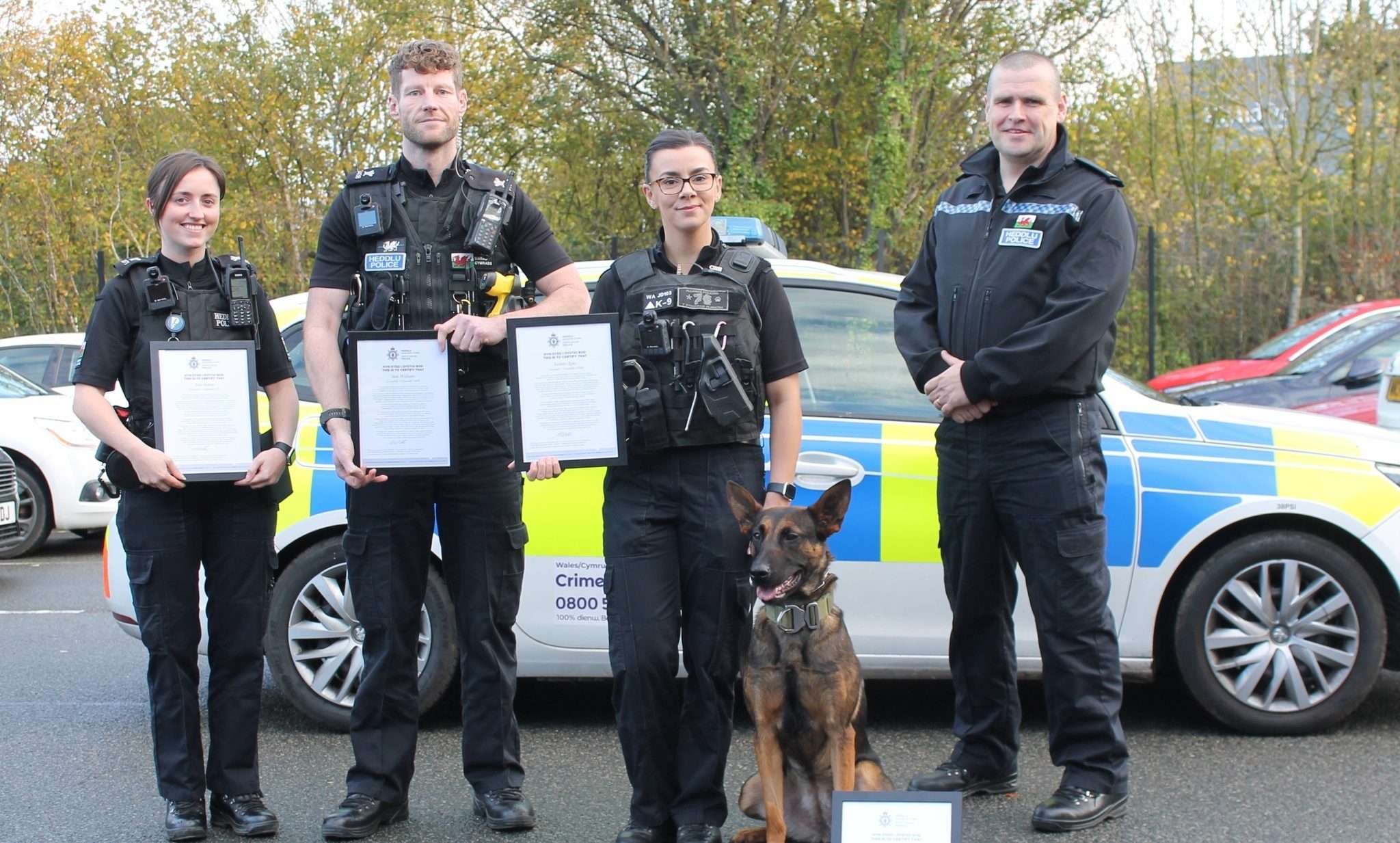 Police officers and a police dog have been commended for saving a vulnerable woman’s life in North Wales.

It follows an incident in June this year where North Wales Police received a report of a patient absconding from a mental health unit in Bodelwyddan.

The woman was said to be a high suicide risk and concerns were immediately raised around her vulnerability.

PC Leanne Agius, a dog handler in the Cheshire and North Wales Police Dog and Firearms Alliance, and police dog Flo quickly attended the area and started a search.

PD Flo put her nose to work and tracked the woman through a number of open fields before locating her unconscious and with a ligature around her neck. 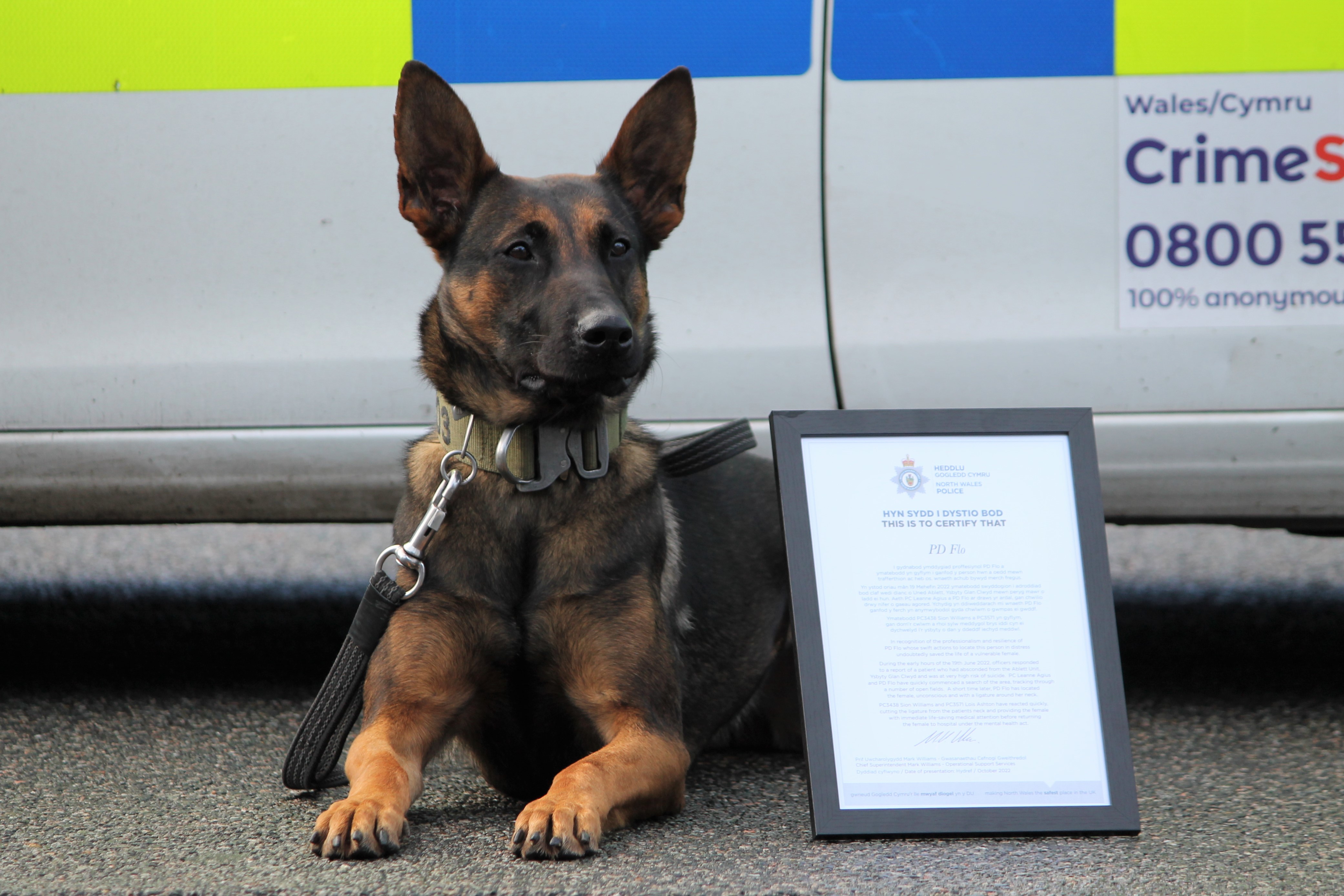 Close behind were PC Sion Williams and PC Lois Ashton – response officers from Rhyl – who quickly cut the ligature from the woman’s neck and provided her with immediate medical attention which saved her life.

She was then returned to hospital to be cared for by the mental health team.

PC Agius said: “This was one of PD Flo’s first positive finds after we licensed as a team, and I am so grateful for the recognition of her hard work.

“As police officers we unfortunately deal with incidents like this one often though I am so pleased that as a team we were all able to bring this lady to safety.

“It’s important to thank the staff from the mental health team on duty that evening who accurately recorded the place they’d lost sighting of the female in order to give PD Flo a starting point, which therefore meant we were able to achieve this result.”

The officers were presented with their commendations at the force control centre in St. Asaph by Chief Superintendent Mark Williams who said: “It is a huge honour for me to be able to recognise the hard work, determination and dedication of these police officers.

“Officers across the country are working in difficult circumstances and putting themselves in harm’s way every day – it is impossible to formally recognise this level of professionalism each and every time, but we do try to reward those who demonstrate an exceptional service which goes above and beyond the norm.

“The officers (and dog) who are being recognised today have done just that and on behalf of North Wales Police and the public I wanted to formally pass on my thanks for a job very well done – diolch pawb.”