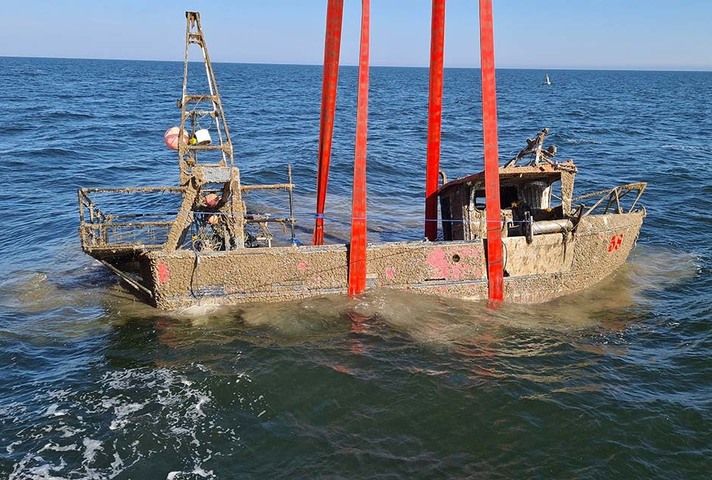 The sinking of the Nicola Faith fishing boat off the north Wales coast last year was ‘entirely avoidable’ The Marine Accident Investigation Branch (MAIB) has said.

A report on the investigation of the foundering of the whelk potter, resulting in three fatalities, has been published today.

The MAIB investigation found the Nicola Faith was operated in an unsafe manner and was loaded to the point of instability, it also found the vessel had been extensively modified eroding “its margin of positive stability.”

A mandatory Emergency Position Indicating Radio Beacon (EPIRB) was not fitted to the vessel and the crew were not equipped with personal locator beacons and while they were available on board, the crew “did not routinely wear personal flotation devices.”

The report comes a day after another MAIB report into the sinking of Joanna C a scallop dredger off Newhaven, England, with the loss of two lives.

Shortly after 10am on 27 January 2021, the Nicola Faith left its home port of Conwy, and headed out to its fishing grounds with three crew members – Carl McGrath, 34, Ross Ballantine, 39, and Alan Minard, 20 – on board.

During the day, the vessel was operating 2-3 miles offshore in the vicinity of Great Ormes Head and eastwards to Colwyn Bay, fishing and relocating strings of pots.

At about 2pm, the skipper sent a text message to his whelk buyer, informing him that they had 20 bags of whelks on board and that he would update him later in the day with the total number of bags he intended to land.

At 5:59pm when positioned 1.8 miles of Rhos-on-Sea, the inshore vessel monitoring system (iVMS) fitted to Nicola Faith stopped automatically transmitting its position and the vessel did not return to port that evening as expected.

At 9:30pm the whelk buyer sent a text message to Nicola Faith’s skipper requesting an update on the number of bags of catch that he expected to land, but received no reply.

At 11:30pm, he sent a second text message, again without reply.

The whelk buyer then drove to Conwy harbour where he waited until 1:30am the next morning for Nicola Faith to arrive.

He left once the tide became too low for the boat to enter the harbour.

At 10:08am on 28 January, the coastguard received a telephone call that reported Nicola Faith as overdue. 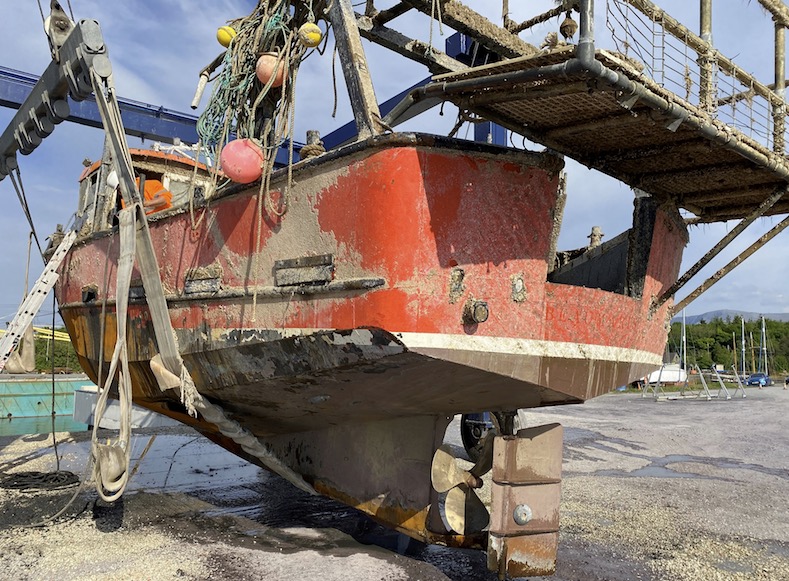 The coastguard made local enquiries and initiated a shoreline search.

At 11:01am, it tasked several Royal National Lifeboat Institution (RNLI) assets to conduct a search at sea for Nicola Faith.

These were joined a short while later by search and rescue (SAR) fixed-wing aircraft and helicopters.

The search continued until 6pm on 29 January, and covered a combined sea and coastline area of over 500 square miles, but found no sign of the vessel, debris, or pollution

The bodies of the three crew members were washed ashore in different locations on the north-west coast of the UK over a 3-day period, the first of which was discovered 44 days after the accident.

Once the wreck of Nicola Faith had been found, it was salvaged ashore for further examination and investigation into the causes and circumstances of the accident.

Following its salvage by the MAIB, a thorough inspection of the vessel was carried out to determine possible modes of capsize and a full assessment of its stability was undertaken.

The MAIB investigation found that the vessel had been significantly modified since 2017, and that these modifications had eroded its margin of stability.

It concluded the vessel probably capsized and sank due to it being loaded with catch and fishing gear to the point of instability.

The key safety issues identified were:

The Maritime and Coastguard Agency is recommended to:

The Big Ship Ltd is recommended to:

“Both were small fishing vessels that capsized while working fishing gear and together, tragically, they account for the loss of five lives. There are important lessons about stability from these accidents that must be understood and acted upon by all small fishing boat operators.” 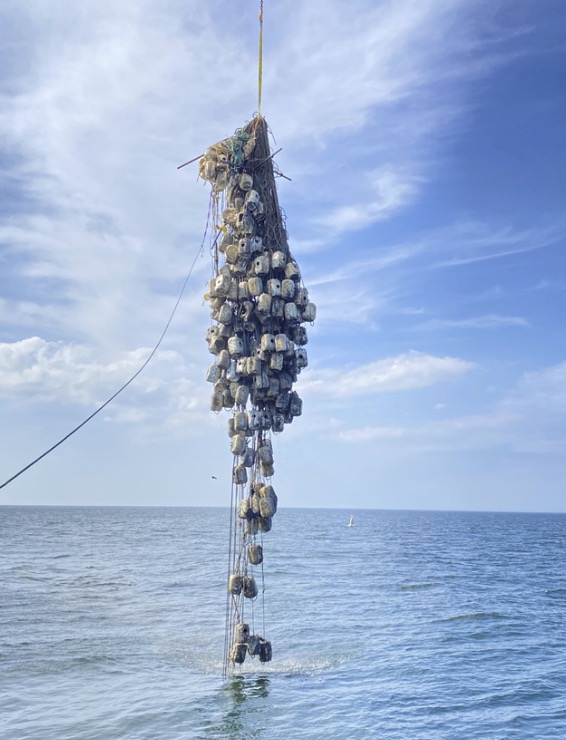 “The first lesson is that modifications, unless properly planned, can significantly erode a vessel’s margin of stability.”

“The scallop dredger Joanna C had been modified, but the process of assessing the effect of the alterations had not been completed before the vessel returned to fishing.”

“Unfortunately, the modifications had eroded Joanna C’s stability to the extent that simply snagging a dredge on a string of pots was enough to capsize the vessel. ”

“Tragically, only one of the three crew survived the accident. It is essential that skippers know the limitations of their vessels, and that any modifications to the vessel or changes to fishing methods are properly assessed and approved before fishing resumes.”

“The second lesson is that any vessel can become unstable if overloaded. Nicola Faith had been modified, and the modification had not been approved. Nonetheless, the vessel could have been operated safely with care.”

“On the day of the accident, the crew were relocating their pots to a new area and were carrying a full day’s catch as well. The combined weight of the catch and fishing gear piled on deck was far more than the boat was designed to carry; it capsized, and all three crew were lost in that accident. ”

“Fishermen will always be tempted to land a big catch but moving fishing gear at the same time can be overwhelming.”

“As fuel prices soar, the temptation to carry more and do fewer trips makes economic sense, but where stability is concerned the results can be catastrophic.”

“Five families’ lives have been shattered by these two accidents, both of which were entirely avoidable. To all fishing vessel crews I have this simple message: Safety begins with good stability; know your boat’s limitations and operate within them.”