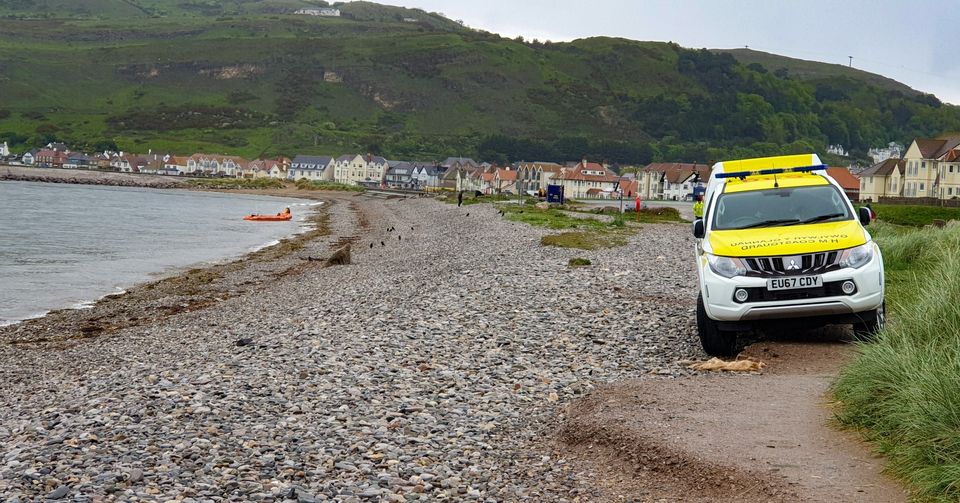 Members of a North Wales coastguard team received abuse whilst trying to prevent more than 100 beachgoers from being cut off by the tide.

Rescuers from the Llandudno Coastguard attended the town’s West Shore beach on Sunday where a large number of people on the sandbanks were at risk due to the speed at which the tide was coming in.

Each coastguard officer walked around three miles in full protective equipment to assist people off the banks in high temperatures.

The team said most were unaware of the danger they were in and were happy to take their advice, however they also received abuse from some people.

Members have now urged people to listen to their guidance after the final officer who came off the banks narrowly avoided being cut off themselves with seconds to spare.

They said: “We dont do it for fun, we are there to keep you safe, please listen to the instructions of our coastguard rescue officers if approached.

“This hit home today (Monday) when we were tasked, along with Conwy Lifeboat, to two people who had been cut off and had entered the water and were now rapidly being pulled out to sea.

“They were rescued with only seconds to spare by the skilled crew of Conwy Lifeboat and brought back to shore where casualty care was provided by us and the paramedic aboard coastguard rescue helicopter 936.

“Please, if visiting the coast, check the tide times and follow the instructions provided on warning signs or by staff or volunteers who are trying to keep you safe.

“If you do get into difficulty, do not attempt to rescue yourself, dial 999 and ask for the coastguard.

“At West Shore, there are life rafts located at the highest point of the sandbanks, make your way towards these, remain on them, dial 999 and await rescue.”