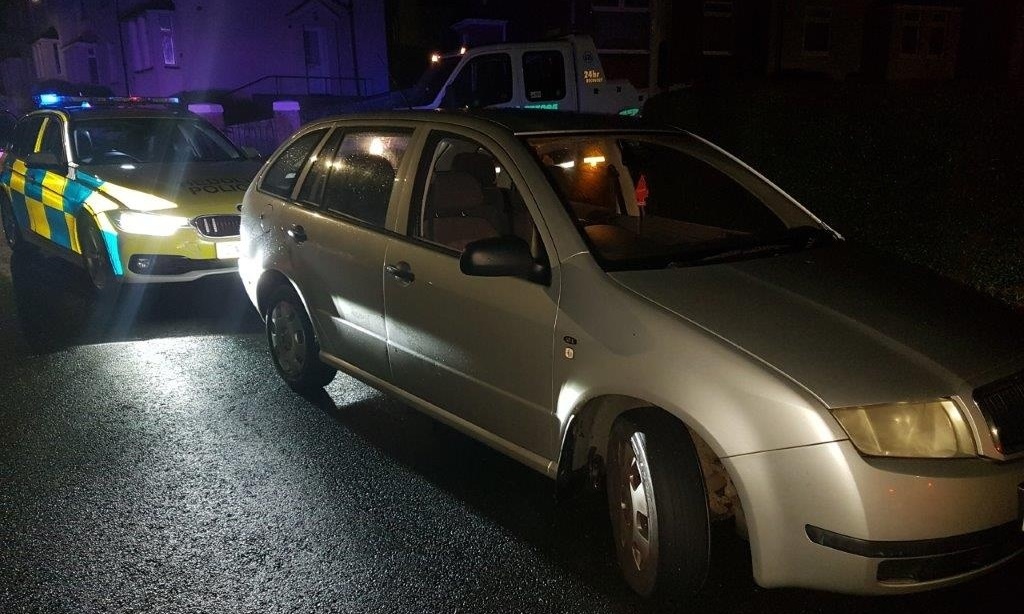 A learner driver has had his car seized by police after he was spotted driving with a defective rear light.

Further checks carried out on the car by officers in the early hours of yesterday morning identified that both front tyres were also defective – with exposed ply and cord.

One of the tyres also had visible damage to the outer tyre wall, with cord clearly exposed. 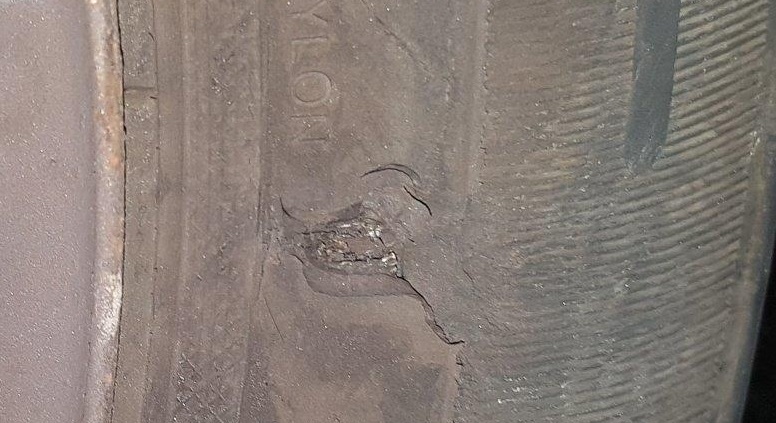 North Wales Police said: “Things got progressively worse for the driver as he was only a provisional licence holder, and as he was unsupervised and had no L plates displayed, the car was seized.

“Driver reported for all offences and the car is now off the road.”