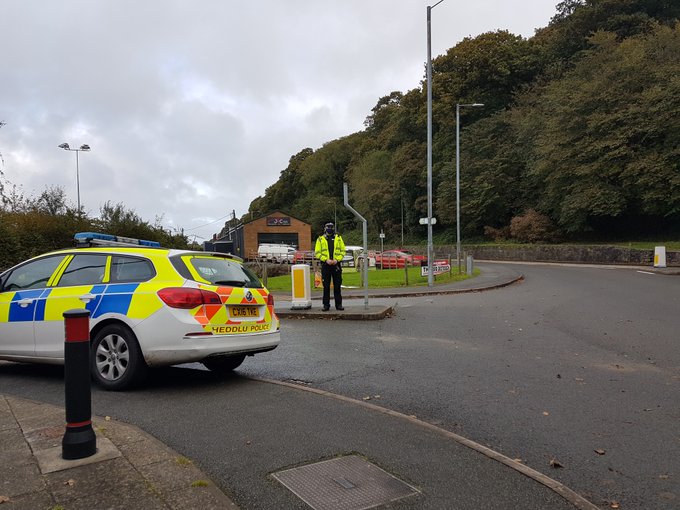 Council chiefs have shed more light on the decision to implement a local lockdown in Bangor.

They also conceded further restrictions on other parts of the county are “looking likely” unless infection rates slow down.

While most of Bangor was put into a local lockdown on Saturday, the rest of Gwynedd and neighbouring Anglesey remain the only parts of north Wales still subject to the standard Welsh guidelines.

In Bangor residents are now unable to form extended household “bubbles,” to leave the zone nor enter from the outside without a “reasonable excuse,” which was prompted by the city’s infection rates being beyond anything seen in the rest of Wales.

But the council leader suggested during Tuesday’s cabinet meeting that it was “looking likely” that an enhanced zone would be needed “before long” due to infection rates continuing to rise and “heading in the wrong direction” outside of Bangor.

The latest figures show the 7-day rolling infection rates for Gwynedd as 91.5 per 100,000 people between October 4-10, while on Friday the Welsh Government confirmed that the incidence rate varies from 152 cases (per 100,000) in Arfon – which includes Bangor – to 55 in Dwyfor and just 18 in Meirionnydd.

The Welsh Government had previously stated that 50 cases per 100,000 over seven days, would potentially spark local lockdowns, with the health minister stating on Monday that Bangor’s surge was associated “largely but not wholly with younger people and the student population.”

It was also blamed on groups of people meeting indoors and not following social distancing guidelines.

Dilwyn Williams added: “There was substantial discussion with the Welsh Government on whether the area should be extended to the rest of Gwynedd as, of course, the county-wide figure was way beyond the trigger point because of the situation relating to Bangor University.

“But the figures for areas such as Meirionnydd and the rest of Arfon, in all honesty, had not quite reached the point.

“Dwyfor was beyond that point but mainly due to cases surrounding one town in particular, so the feeling when meeting the First Minister was that county-wide measures would not be reasonable at this stage.

“Of course, as the situation develops we may well find ourselves in that situation sooner than we think, unless we can get a grip on the virus.”

Bangor councillor Catrin Wager said there had been some “concern” over the boundaries of the zone – excluding the Pentir ward which encompasses much of Penrhosgarnedd and Ysbyty Gwynedd – although also accepting they had been drawn up to follow those of the city council.

She added, “The situation we have is that a large chunk of the population have been shut out of many green spaces and places to go for a walk, such as Treborth Gardens, Porth Penrhyn.

“Meanwhile you also have other parts of the city where residents are now having to travel to Caernarfon, for example, for their shopping and I feel that  its only right that such concerns are raised today.”

Mr Williams said that he understood the local concerns but was likely that the boundaries had been put in place “relatively quickly  to ensure something was done”, noting that the infection rate for Bangor was as high as 400 cases per 100,000 people at one stage and the highest of any part of Wales.

“This was due to the number of students swelling this number of course, but something had to be done,” he concluded.

“I suspect that if we continue to see rates rise that Gwynedd, or certainly other areas of Gwynedd, will become part of the local health protection area.

“In such an event, of course, the people of Bangor would be permitted to travel within a wider boundary were that the case.”

The council leader, Dyfrig Siencyn, added: “The Welsh Government is aware of these concerns, which have been raised with ministers.

“But it is looking, as figures are on the rise elsewhere in the county, that there will certainly be a wider health protection area before long.

“Who can really tell? But certainly the number of cases is heading in the wrong direction.

“We need to remember that the efforts are in place to try and reduce the spread of the virus and to prevent more pressure on our heath service and any unnecessary deaths.”