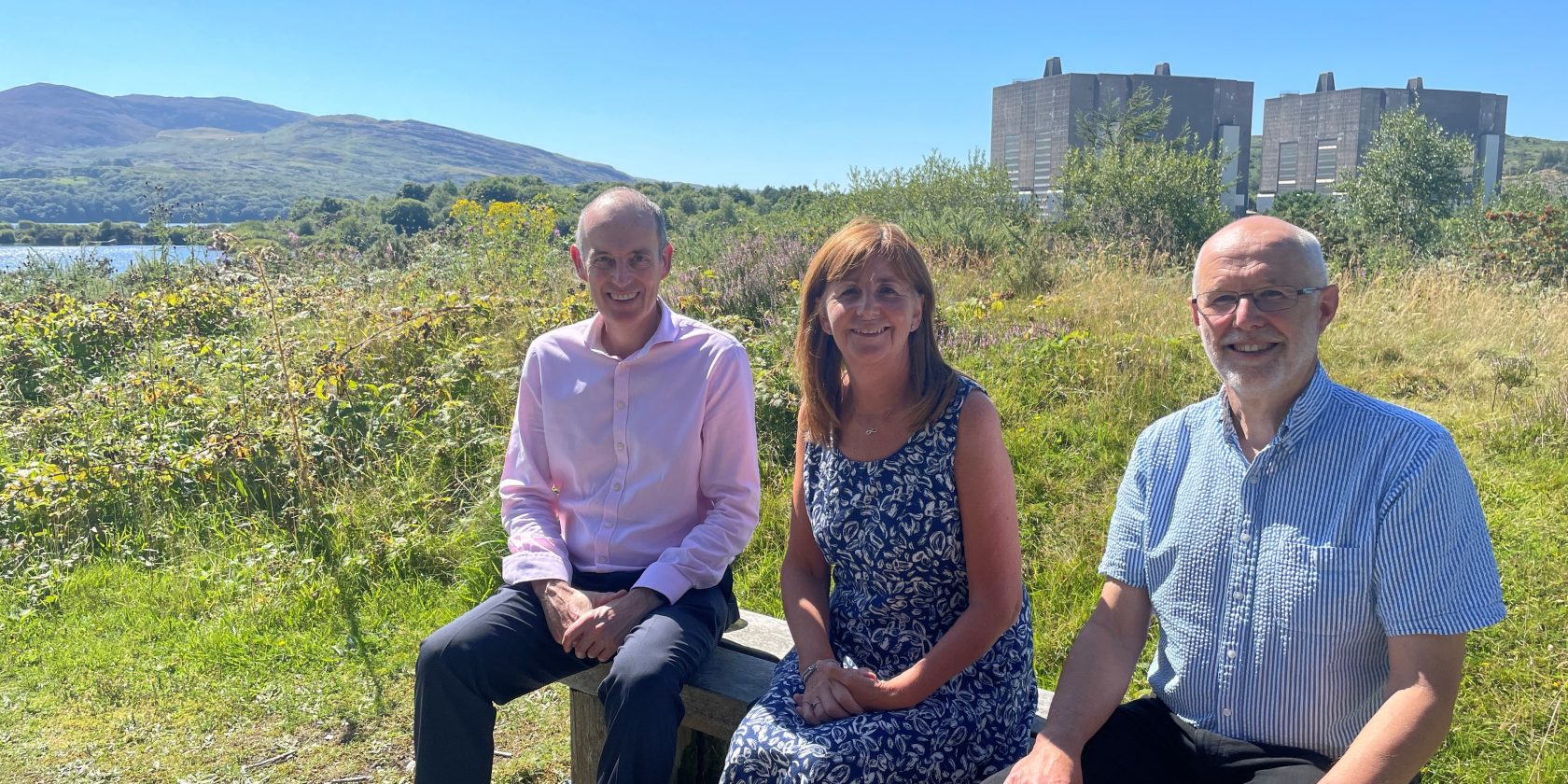 A development company has a crucial role to play in realising the potential of the Trawsfynydd site, North Wales Minister Lesley Griffiths has said following a visit to the area.

Established in 2021 by the Welsh Government, Cwmni Egino’s work aims to bring forward potential new projects to generate electricity and further options to maximise the opportunities of the site.

As part of this, it was recently announced Cwmni Egino is embarking on a programme to bring small scale nuclear technology to Trawsfynydd, with work on site being targeted to begin in 2027.

The site also has potential to include a medical radioisotope research reactor to produce radionuclides for use in cancer diagnostics and treatment.

The company is working with the landowner, the Nuclear Decommissioning Authority (NDA), to progress proposals for the siting of new nuclear development at Trawsfynydd.

The Minister said: “North Wales has the potential to be a true leader in producing low-carbon energy and Cwmni Egino’s plans are a vital part of this, bringing high quality jobs and opportunities to the region.

“I have been pleased to meet the team at the site and hear about the progress being made on proposals which would see Trawsfynydd be the site of the first small modular reactor under construction in the UK.

“Much work is ahead, but these are exciting and ambitious plans which can boost skills development and deliver real benefits for the area.”

Cwmni Egino Chief Executive, Alan Raymant said: “It was a pleasure to meet the Minister at Trawsfynydd last week, and we are extremely grateful for the Welsh Government’s continued support.

“As well as helping to meet energy demands and net zero targets, we have an exciting opportunity at Trawsfynydd to deliver lasting benefits to local communities, as well as promote the supply chain, skills development and socio-economic growth in the wider North Wales region and beyond.

“Our focus will remain heavily on delivering these benefits as we develop the business case for investment and progress the development.”