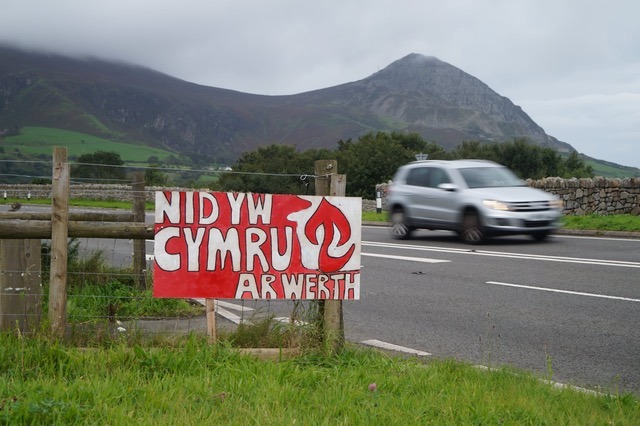 Members of a town council will be given an audience with the First Minister to highlight the impact of second homes on Welsh-speaking communities across north west Wales.

September saw members of Nefyn Town Council take part in a 20-mile walk to Caernarfon to demonstrate their dissatisfaction over hikes in house prices as a result of properties being snapped up as holiday or second homes at an “alarming rate.

Claiming that this was “pricing people out of the very communities they were raised in,” they have led a high profile campaign urging the Welsh Government to intervene.

With such demands being echoed by county councils on both sides of the Menai Strait, Gwynedd Council recently passed a motion  backing calls for a cap on the number of second homes in a community, with housing chiefs stating that 40% of properties sold in the county during 2019/20 were holiday homes or buy-to-lets.

Anglesey Council’s executive has backed similar calls while also writing to ministers calling for any application to convert a regular dwelling into a second home to first have to obtain planning permission – with second homes said to have made up 36% of the island’s house sales last year.

Rhys Tudur, a Nefyn town councillor who’s been at the forefront of the campaign and will take part in next Wednesday’s call with Mark Drakeford, claims that the current powers given to county councils are “limited”.

“Welsh communities are dying, as shown by the results of the most recent census and a survey of the language used on school yards,” he said.

“This will have a detrimental effect on the Million Welsh Speakers by 2050 initiative, and our identity and distinctiveness as a nation.

“I will be pressing Mr Drakeford to give councils the power to set ‘higher rates’ of land tax rates as well as make changes to planning law to limit the conversion of houses to self-catering accommodation.”

Arfon MS Sian Gwenllian, who helped facilitate the meeting, added: “I look forward to joining in a virtual meeting between the First Minister and representatives of Pen Llŷn’s Hawl i Fyw Adra campaign next week.

“But it’s one thing to hold meetings and make the correct noises and say you understand the problem.

“Taking action to stop the rise in second homes in so many areas in west Wales is another matter.”

The virtual meeting will take place days after a rally in Llanberis, organised by Cymdeithas yr Iaith, as part of events held across Wales this weekend.

The ‘Nid yw Cymru ar werth’ (Wales is not for sale) rally will take place alongside similar events in Aberaeron and Carmarthen, with Cllr Tudur being one of the day’s speakers at Padarn Lake, Llanberis starting at 11am on Saturday (November 21).

A Welsh Government spokesman said they recognised the challenges second homes present to the affordability and availability of housing in some communities in Wales.

Speaking in the Senedd recently, Welsh Language Minister Eluned Morgan conceded it was a “really complex issue” but that the Government was determined to make it possible for people who are brought up in an area to be able to stay there.

She added that Wales was the only UK nation where local authorities can charge up to a 100% premium on the standard rate of council tax on second homes.