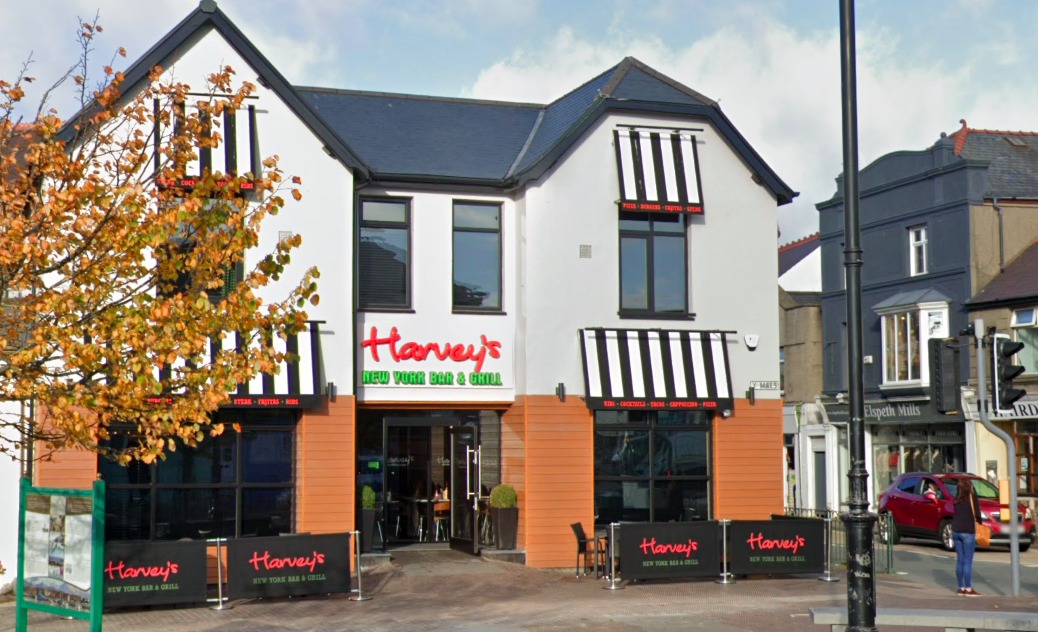 A former Harvey’s restaurant could be turned into a dentist’s surgery after plans were submitted to Gwynedd Council planners.

The former eatery was set-up at the site of Pwllheli’s former Conservative Club in 2017, following the opening of similar Harvey’s restaurants in Llandudno, Bangor and Rhuddlan.
But the eatery, based on the town’s Maes, has been on the market since the summer after it failed to reopen following the initial 2020 lockdown.

It had been claimed that while the business in Pwllheli had been a success, the family owners had decided to sell up due to other business commitments, with a £500,000 asking price.
The proposals submitted to Gwynedd Council would see the site transformed from a restaurant to a dental surgery  if given the go-ahead.

Having been submitted by the Glandwr Dental Practice – which has existing sites in Pwllheli and Criccieth –  the application proposes that eight full time and two part-time employees would be needed.

The town council has offered no objection to the plans, which are expected to be discussed by Gwynedd Council’s planning department over the coming weeks.