Corbyn in pitch for votes in most marginal seat 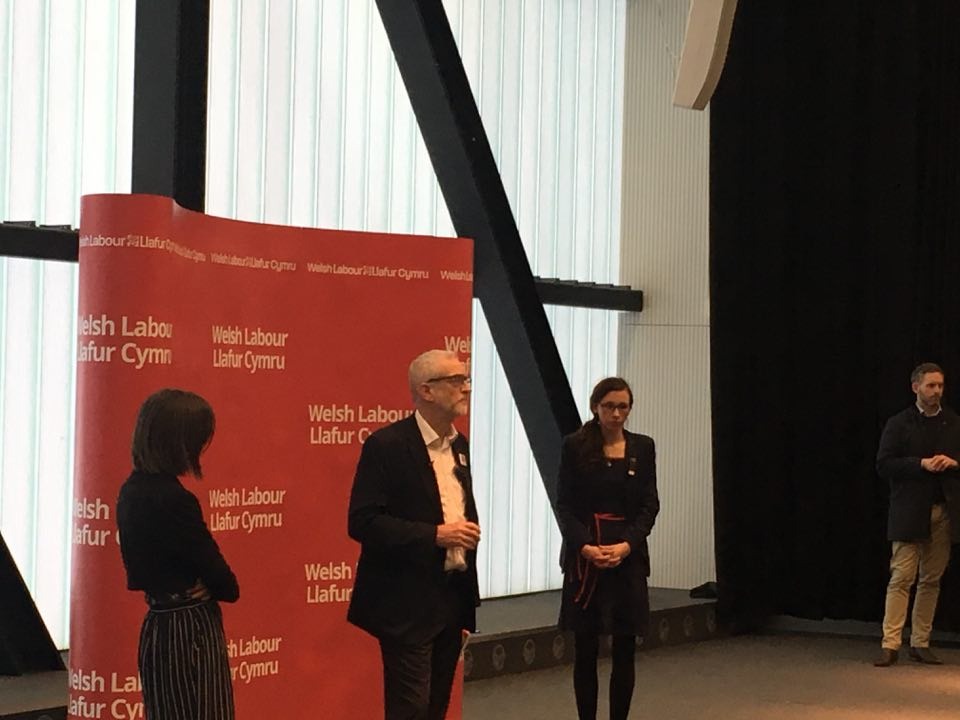 A Labour Government would “defeat austerity” and “end Universal Credit,” Jeremy Corbyn told hundreds of dedicated supporters at a North Wales rally on Sunday.
Campaigning in Wales’ most marginal seat, Mr Corbyn accused the Conservatives of “stunting growth” and implementing a £1bn of funding cuts on Cardiff Bay, saying that it wasn’t possible to “cut your way to prosperity.”
The event, organised at Bangor’s Pontio centre in the Arfon constituency currently held by Plaid Cymru, saw further promises to “properly fund social services,” despite opinion polls suggesting that Labour faces a fight on its hands to retain the six seats it already holds in the region.
Speaking to the Local Democracy Reporting Service following the rally, Mr Corbyn attacked “neo-liberal politics” and stated that his plans would lead to levels of public spending along the lines of France and Germany.
On what a Labour Government would mean for Wales in both Westminster and Cardiff Bay, Mr Corbyn said: “Wales has lost a £1bn due to austerity since 2010, no matter what way you look at it that must have had an impact on services across Wales.
“That’s not to undermine the principle of devolution, the funding block would be made available but would be up to the Welsh Government on what they spend it on.”
Agreeing that devolution was a “process and not an event”, he was “open” to discussion with the Welsh Government on transferring further powers to Cardiff Bay.
Arfon, one of three constituencies on Mr Corbyn’s itinerary, is currently held by Plaid Cymru with polling suggesting he has a fight on his hands to retain Labour seats in the north east of Wales which are said to be under threat from the Conservatives.
But insisting he was fighting the election “to win” he added: “We are concentrating on constituencies we need to gain and supporting candidates in  such constituencies with quite small majorities.
“We are not fighting not to form a coalition but to form a Labour government, and that Labour government will come from winning constituencies in Wales.”
With the recent rise in support for Welsh independence, he attributed this to “frustration” following a decade of austerity.
“I want to lead a Labour Government that will treat and Wales properly, and on a national level deal with issues like Universal Credit.
“In Wales, because of its industrial history, there’s a disproportionately large proportion  of people suffering from long-term health conditions, and properly funding social security would have a big impact.”
Criticising the Conservative campaign slogan of “get Brexit done,” he outlined his proposal to renegotiate a deal with the European Union before a confirmatory in/out referendum.
“All Boris Johnson wants to do is to get a trade deal with the USA, we would negotiate a credible leave option while maintaining that vital trade relationship.
“Johnson’s trade deal would have a massive impact on Airbus and many other industries, we’ve already seen the impact on Ford in Bridgend.
“My job then would be the honest broker to ensure that (referendum) result is carried out.”
Urging voters to “think very carefully about the future of the country and the next generation” he said that a Labour vote would cater “for the many and not the few.”
“A Labour Government will invest in all communities, we cannot continue to govern a country that’s so divided between the very rich and the very poor.
“Labour will address that and close the gap.” 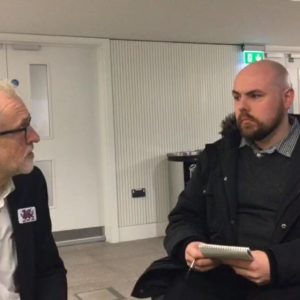 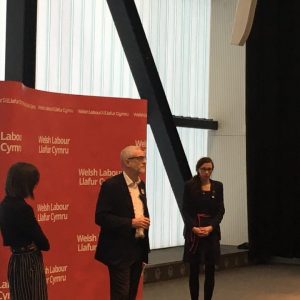