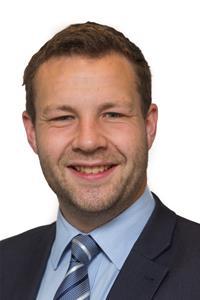 Paying “full-time wages” for councillors would encourage a more diverse cohort of elected members, according to one Gwynedd politician.
As part of reforms to “deliver better public services for everyone”, the Welsh Government’s Local Government and Elections (Wales) Bill is proposing allowing councils to set their own electoral system and giving 16 and 17 year old’s the vote.
But according to Sion Jones, one of Gwynedd’s youngest councillors, encouraging more women and younger potential councillors will only be possible if they were offered a full-time wage to take up the role.
Gwynedd’s “back bench” councillors, with no additional duties such as committee chair roles or cabinet portfolios, currently receive £13,868 a year.
But Cllr Jones feels that slashing or even halving the number of wards and paying a “full time equvalent salary” to those subsequently elected would allow members to dedicate all of their time to council business as well as delivering small savings for ratepayers.
Addressing fellow members at a recent full council meeting, the member for Bethel said: “I’ve always argued against multi-member wards.
“The only solution, at the end of the day, is for full-time councillors to be covering larger areas, such as a ward like Bethel and Felinheli.”
Later speaking to the Local Democracy Reporting Service he said: “For many current and would-be members, getting to meetings during the daytime can be problematic.
“So instead of struggling to get young people to stand, why not ensure that they are paid a full-time wage to become councillors – say £25,000 – by halving the number of councillors by doubling the size of their wards?
“In my view it would enhance the diversity and age range of councillors and would allow them to devote all of their time to their council duties.”
The bill, while not proposing such a move, does suggest that measures such as job sharing, family leave and video-conferencing could make it easier to attract more younger candidates.
But ideas previously raised, such as term limits of 25 years for councillors, have been shelved following accusations of ageism.
Local Government Minister Julie James, said: “We want to enable a local democracy which reflects our diversity as a nation.
“This bill will help encourage far more people in Wales to stand to be councillors, and ensure people from all backgrounds are able to take up leadership and executive roles.
“The bill also takes steps to encouraging a more diverse range of members of the public to engage with local democracy.
“This will help ensure local government in Wales delivers better public services for everyone, helping people who need support, when and where they need it most.”