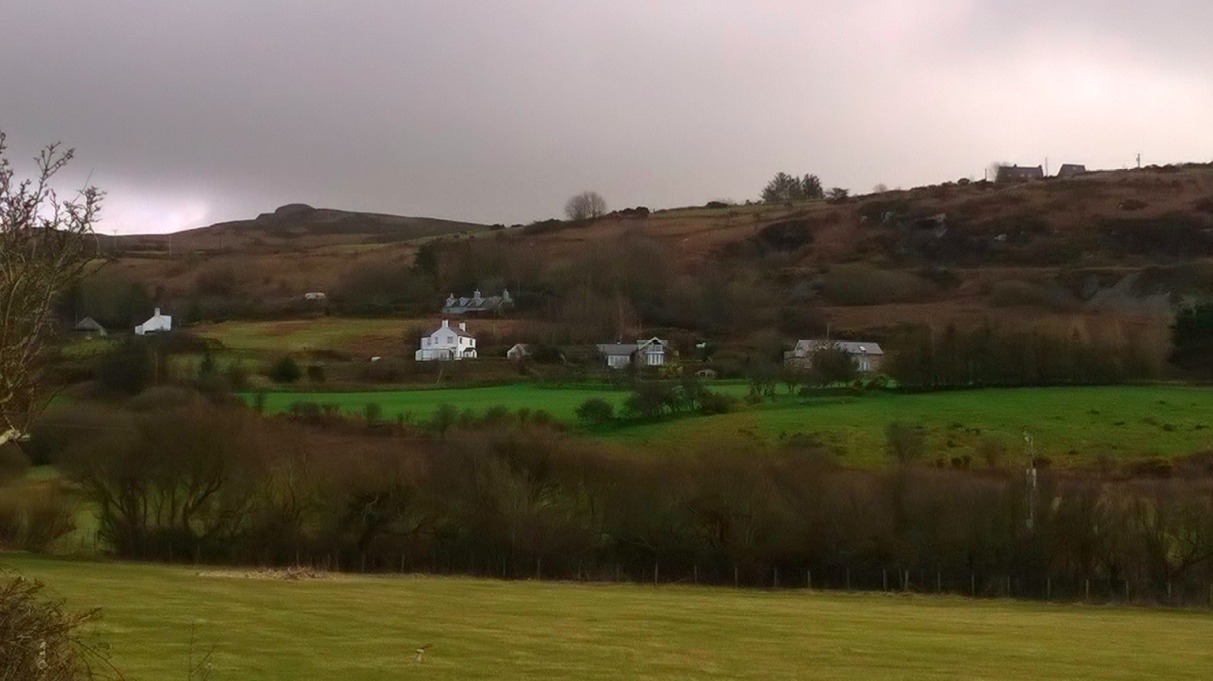 A twice rejected application to extend a home overlooking a Llŷn town has been referred to the Planning Inspectorate for a final decision.

Described by one councillor as “more suited to Beverly Hills than Mynydd Nefyn,” Gwynedd Council’s Planning
Committee went against the advice of officers and refused proposals to refurbish and extend Tan-y-Mynydd on two separate occasions.

But the final say will now be made by Cardiff-appointed inspectors after an appeal was launched against the councillors’ decision.

The proposals included the refurbishment and extension of the house, including demolishing an existing outbuilding, for a rear two-storey extension and a glass side extension.

Relocating a stone wall in order to create a parking and turning area, it would also see a balcony on the gable-end of the existing house.

But when first discussed in September 2020, Cllr Gareth Jones described the “overbearing” plans as “suitable for the slopes of Beverly Hills but not Mynydd Nefyn.”

In turning down the original application, councillors justified the decision by claiming it would lead to a detrimental overdevelopment of the site in a prominent position in the landscape and bordering the Llŷn Area of Outstanding Natural Beauty (AONB).

This, they said, would result in “appearance, scale, mass and treatment of elevations incompatible with the character of the area.”

But the appeal documents submitted by Mr Warren Hadlow note that while he decided to amend the original plans rather than launch an immediate appeal – including the use of white render to be “more in keeping with surrounding buildings and true to the existing building” – the adjusted plans were also turned down on the basis of “overdevelopment” and a detrimental impact on the Llŷn AONB.

Summing up, Mr Hadlow’s statement goes on to claim that councillors were “influenced” by “non-material considerations,” despite previously stressing that the home would not be used as a holiday home amid an intention to set up their family home in the Nefyn area.

“It should be noted  that from the debate at Planning committee, members referred to a number of non-material considerations and were arguably unduly influenced by them in reaching a decision to refuse,” he wrote.
“For instance, the holiday/second home issue (which incidentally does not apply here as its intended to be a permanent residence), and the potential uplift in financial value etc which are non-material considerations.
“It appeared that these non-material issues had strongly influenced their decision to refuse and it was only after the Planning Officer advised and reminded them that they needed clear planning reasons, was it refused on visual impact grounds.”

It concluded, “This is not a new dwelling within an isolated and visually prominent location, but an extension to an existing dwelling which lies within an area of sporadic development including 3 nearby caravan sites.

“The design solution has been carefully worked up with the Planning Officers who supported the scheme and found no harmful impact upon the wider visual amenities of the area.”

Speaking during June’s Planning Committee meeting, however, Morfa Nefyn councillor Gareth Jones claimed that people “would forever wonder how the development was awarded planning permission,” were they to green light the plans.

Neighbouring Nefyn ward councillor, Gruff Williams, added: “We have a statutory duty to protect the AONB and what we have at present on Mynydd Nefyn is a series of historic white cottages.
“What we don’t need here is over-development and impacting the views in and out of the AONB.
“We know what happened at Plas Pistyll, this gentrification simply has to stop.”

A final decision is expected by the Planning Inspectorate over the coming months.
Gwynedd Council has been approached to comment.

Officers said they were planning to use unmarked cars to crack down on people driving whilst intoxicated. (LINK)