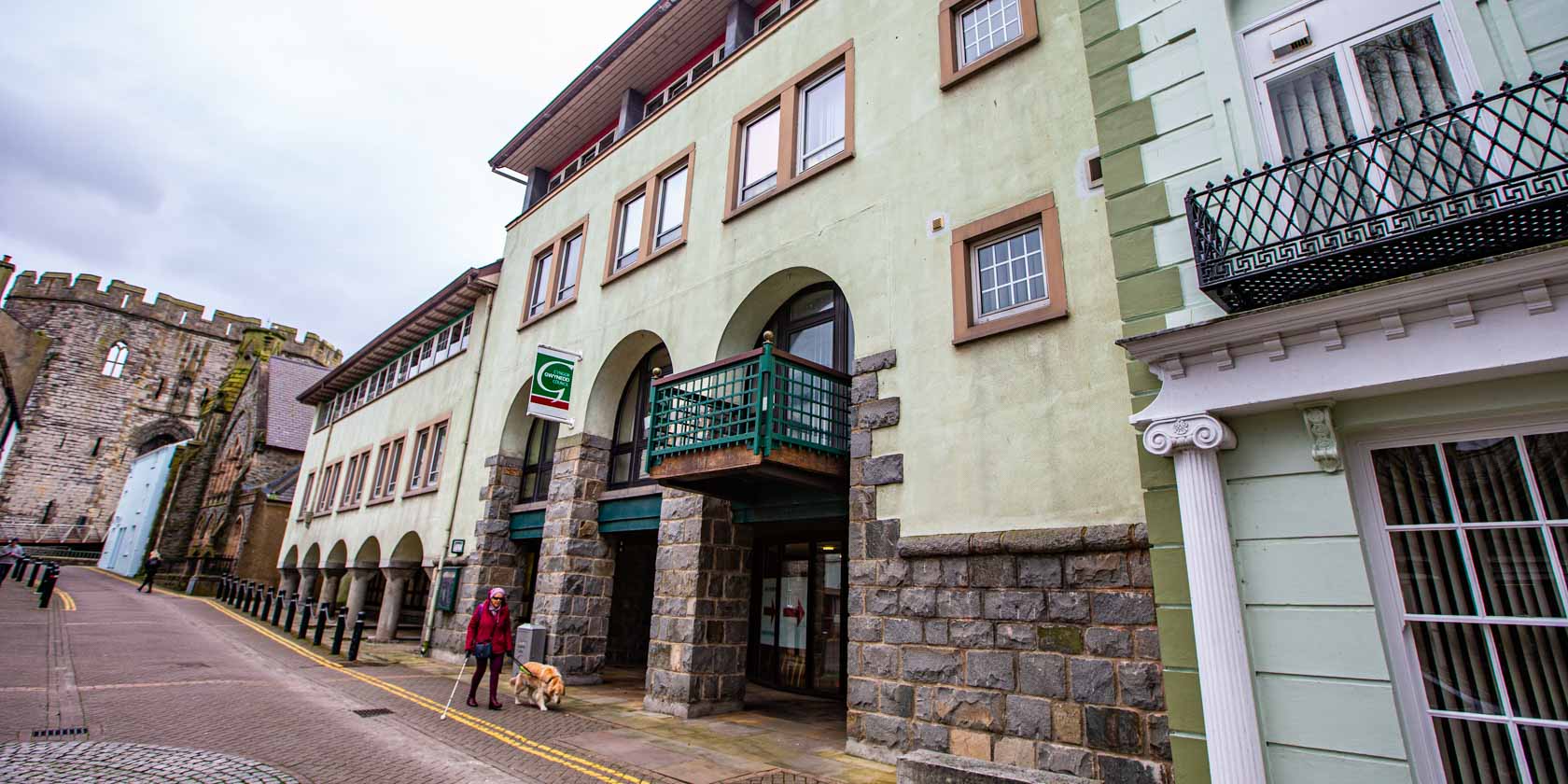 Plans for an “eyesore”garage extension have sparked “community concerns” over the impact of second home use in Aberdaron.
Gwynedd Council planners considered an application by Phillip Emm to erect a single-storey extension on Monday.
The development, at Pelydryn beside the road into the village would see it extend an existing garage 1.5m forwards.
Councillor Gareth Williams said his concern was the “adaptation of a  second house for leisure use to store a huge boat and tractor.”
He said the “industrial size” of the garage would impact the amenities and character of nearby homes and could open the “floodgates” to similar applications.
Community concerns had been raised during a consultation, a council officer told the meeting.
Showing slides, she she argued the impact on nearby properties, including a converted chapel, “already existed.”
“Extending by 1.5m would not have much impact. It would not extend any further than the chapel is already and would ‘blend  in’ she said, recommending the application was approved.
But Cllr Williams “very much hoped” councillors would turn it down.
“Mr Gareth Roberts, the local member for the Aberdaron ward until the Aberdaron and Bottanwg wards combined wanted to call this application to committee in March. I fully agree with his concerns.” He said.
“It’s not that a family needs more space, to expand, – that’s not what is happening here.” He said.
“This is a choice by an owner of a second house to adapt it for leisure use. They want to keep their boat and tractor in the garage for when they come to stay.”
The house was one of four bungalows between Capel Salem and Ysgol Crud Y Werin.
“At the moment the four properties are similar in appearance, but this adaptation will make Pelydryn completely different.” He said.
“It will stand out, be an eyesore, completely out of character.”
He felt “frustrated” that the family at Capel Salem would “lose natural light and views” because of a “desired adaptation for leisure facilities and not for any need.”
“Pelydryn is a residential house. The proposed extension would change a residential garage into an industrial size garage for a huge tractor and boat.” He said.
“The owners are not thinking about the area’s appearance or neighbours’ feelings.”
Noting “some sort of timber shed” had been built at the property rear he said:
“I know we’re not here to discuss the shed, but it’s important to make the point this plot is turning more into industrial use than a house.
“To approve an unnecessary extension to a house, visible on the highway to Aberdaron, I’m concerned we’re putting ourselves in a very dangerous position.
“Who’s to say the floodgates won’t open? It’d be very difficult to refuse such applications.
“Quickly the character of the houses in Aberdaron will be lost forever, as is happening and still happening in areas like Abersoch.
It was “not conflict with neighbours” that brought this up, but the former councillor and Aberdaron Community Council “showing clearly what community’s feelings are.” He added.
Cllr Griff Williams proposed a site visit  before any decision, seconded by Huw Wyn Jones.
A site visit was accepted with 10 in favour, and two against.