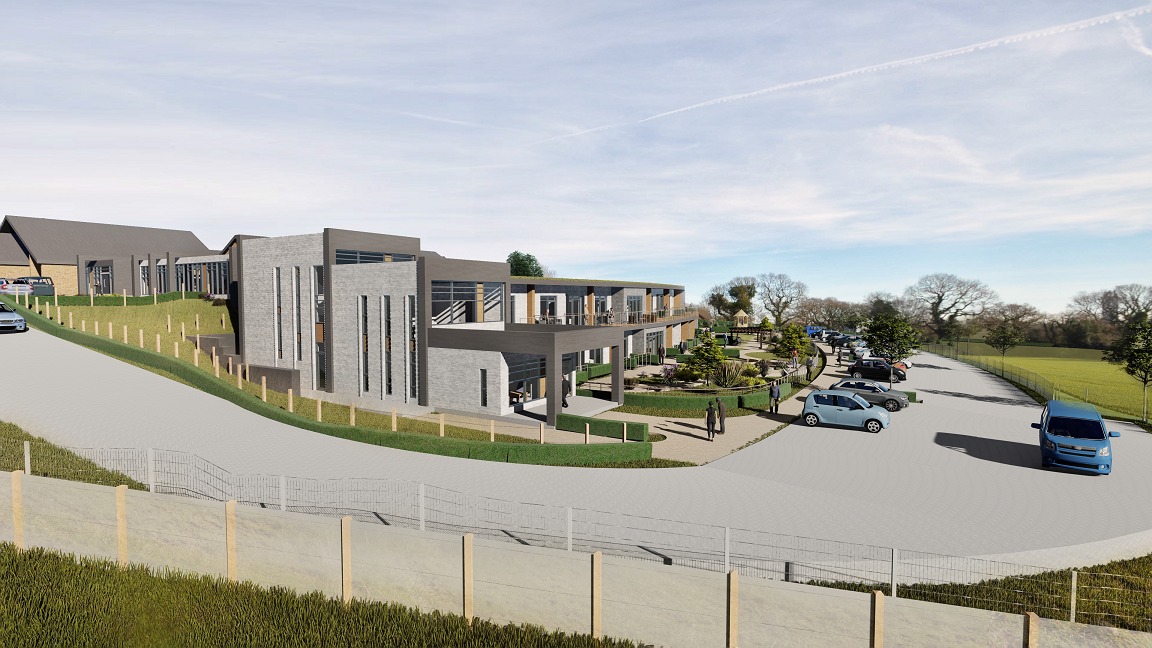 A MAJOR expansion to a council-run care home in Buckley has been backed for approval.
Flintshire Council previously outlined proposals to double the number of beds at Marleyfield House from 32 to 64 to meet the demand for care placements in the county.
A senior councillor said the ageing population meant an extension was needed at one of its three care home facilities with an options appraisal endorsing the Buckley home as the most suitable location.
The scheme has now been recommended to receive the green light ahead of a meeting of the local authority’s planning committee being held next week.
In a report, the council’s chief planning officer said it would deliver a “significant benefit” for residents.
Andrew Farrow said: “A project has been brought forward by Flintshire County Council for the extension of Marleyfield House, an existing local authority care home.
“The extension consists of 32 additional rooms with associated communal areas, medical facilities, offices and store rooms.
“The proposal also provides extended car parking facilities and extensive landscaping.
“This application represents much needed expansion and development of an important council facility.
“The design is considered to be appropriate, and the extensive landscaping scheme is considered to provide significant benefit to the site as a whole both visually, and more importantly to the living conditions of the residents of the site, with both amenity and therapeutic value.”
No objections have been received against the proposals, which show each new bedroom will have access to an outdoor space.
The development will also result in improvements to the existing kitchen facilities and is being funded through a capital grant from the Welsh Government.
Additional money has also been made available from the council’s capital programme.
Speaking previously, the authority’s cabinet member for social services said some of the beds would be used to help patients being discharged from hospital.
Cllr Christine Jones said: “There are currently significant pressures and fragility in the care sector across the country and this was highlighted in a review of the Flintshire care sector carried out in 2016.
“Due to an ageing population with increasingly complex needs the requirement for care and care homes is set to increase, this is despite a greater emphasis on keeping people living at home for longer.
“This challenge presented an opportunity to expand one of the council’s three care home facilities.
“The development will assist the process of hospital discharge and support appropriate assessments to reduce care packages implemented to support people in the long term.”
The proposals will be considered by councillors at a meeting being held on Wednesday .