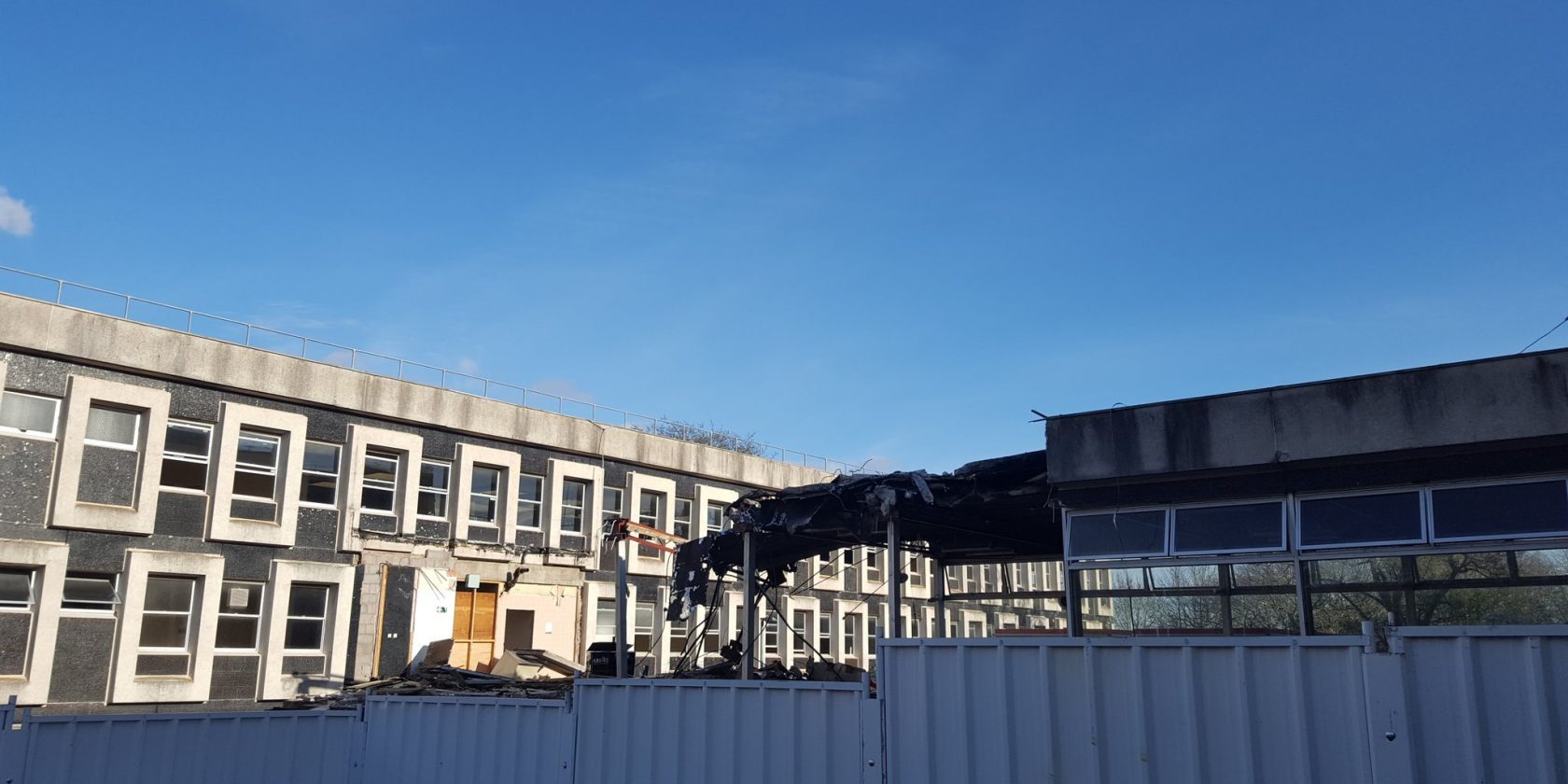 Flintshire Council has defended its decision to go ahead with work to demolish empty parts of its main HQ in Mold during the coronavirus pandemic.

The local authority’s chief executive Colin Everett revealed contractors had begun knocking down two blocks of buildings at County Hall in a post on Twitter on Friday .

It follows the relocation of hundreds of frontline staff to refurbished offices five miles away in Ewloe.

The demolition of the structures at the Raikes Lane site has long been in the offing as the council looks to save money.

However, some queried whether the work was essential when a number of construction companies have downed tools during the COVID-19 outbreak and social distancing measures have been put in place.

Mr Everett has now released a statement in which he justified the demolition, which he said was being carried out in accordance with government guidelines.

He said: “The demolition of phases three and four at County Hall is pre-planned and managed by Kier, the contractor undertaking the work.

“This work does not impact on the capacity of the council to respond to the current emergency situation.

“At the moment the work is allowed to carry on and government guidance on operating a safe working environment is being adhered to by the contractor.

“Clearly, should government advice and guidance change then that would be met with full compliance.”

He added: “The demolition of this part of County Hall is part of a carefully planned programme to reduce the number of buildings the council maintains and to reduce overheads.

“There are currently no plans for the reuse or sale of the site currently being cleared.”

Staff vacated the buildings almost three years ago with workers relocated across other offices at County Hall, another base in Flint and Ty Dewi Sant in Ewloe.

Measures had to be put in place to protect bats roosting in the structures before the demolition work could begin.

It came after staff reported several close encounters with the winged creatures.

The Mold base, which was built in 1968, is said to have become too expensive for the authority to run with annual operating costs of £1.2m.

Mr Everett previously said it had plans to keep a civic base in Mold, which could involve sharing facilities with other public bodies at the County Hall site.