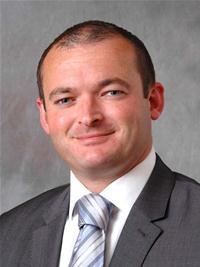 A FORMER council leader accused of carrying out an affair with a female member of staff will appear before a public standards watchdog later this month.
An investigation was launched into the behaviour of Labour councillor Aaron Shotton in July 2018 following allegations he had breached Flintshire Council’s code of conduct.
The woman he was said to have been involved in a relationship with was fired by the local authority several months later after she was accused of ‘gross misconduct’.
It was previously reported the probe was centred around text messages between the pair.
The Adjudication Panel for Wales has now confirmed a hearing will be held to decide whether any sanctions will be imposed against the Connah’s Quay representative starting on January 27.
The tribunal is scheduled to last three days and will take place at Llandudno Magistrates Court.
According to the panel’s website, Cllr Shotton is alleged to have broken rules which prevent members acting in a manner which could bring the authority into disrepute as well as using his official capacity to “confer on or secure for yourself, or any other person, an advantage or create or avoid for yourself, or any other person, a disadvantage”.
He is further said to have breached a rule which prevents councillors from using council resources improperly.
Cllr Shotton stepped down from the top political role on the council in April last year following a row over the sacking of his deputy Bernie Attridge.
He has since been replaced by Flint’s Ian Roberts and was appointed by his successor to the role of chair of the Clwyd Pension Fund committee.