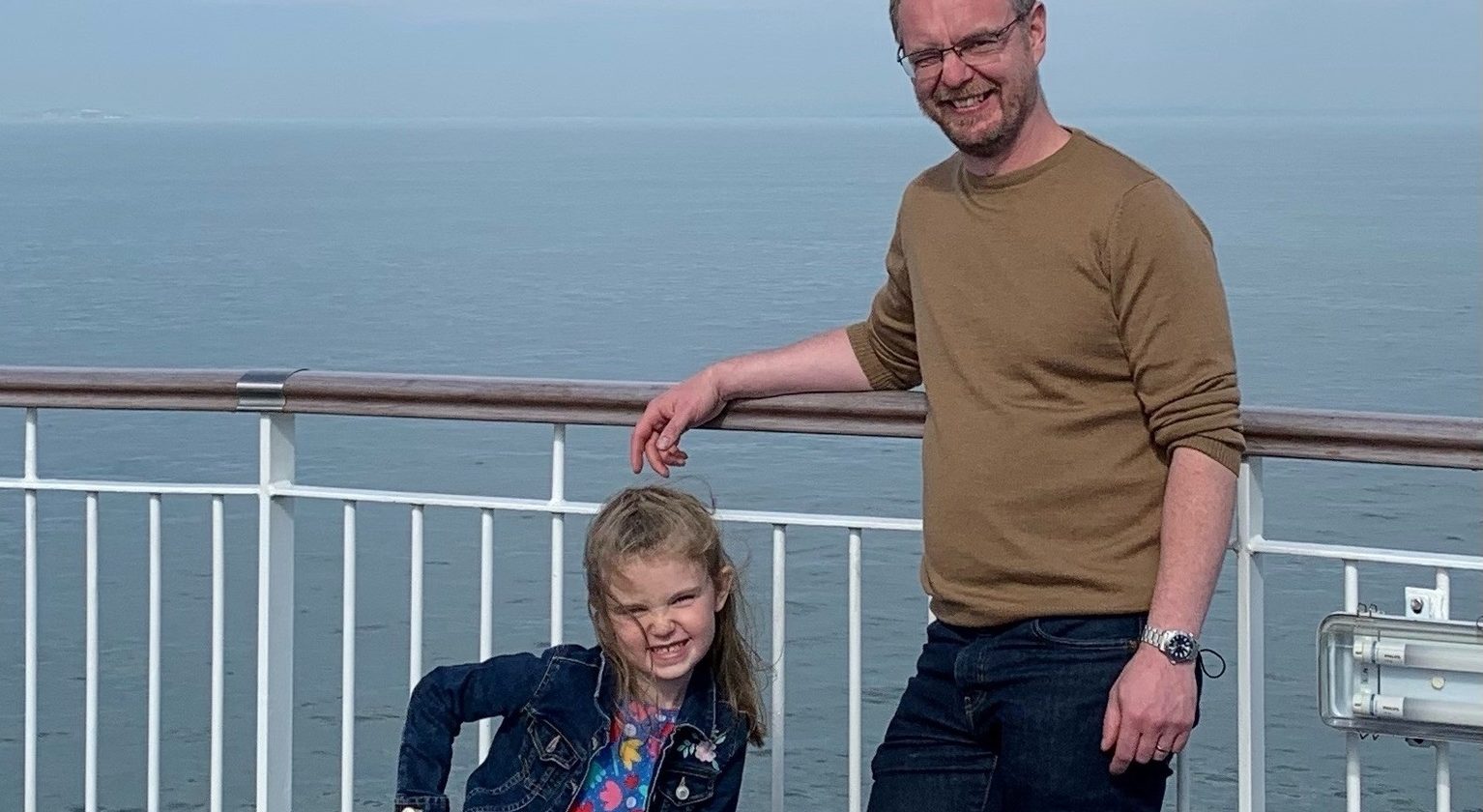 The family of a man who died following a collision on the A487 in Gwynedd on Sunday have paid tribute to him.

Michael Peel, who lived in Llanrwst, was involved in a collision with another motorcyclist near a craft centre in Corris shortly before 12.20pm yesterday

The 46-year-old’s family have issued the following tribute and an image of him, pictured with his six-year-old daughter, Imogen.

They said: “Michael was much loved by his wife, Claire, and their daughter, Imogen.

“Originally from Northern Ireland, where he was survived by his brother David, Michael lived with his family in Llanrwst.

“He worked as an IT product manager and had a love for his motorbike, reading, films and a recent interest in DIY.

“We would like to give our profound thanks to the emergency services and the members of the public who assisted Michael at the scene of this tragic accident.”

Police are continuing to appeal for witnesses to the collision to come forward.

North Wales Police said: “Anyone who witnessed the collision who are yet to contact us, or anyone who may have been travelling on the A487 and who may have dashcam, is urged to contact officers at the roads policing unit via the website or on 101, quoting reference 21000704013.”

Officers said they were planning to use unmarked cars to crack down on people driving whilst intoxicated. (LINK)