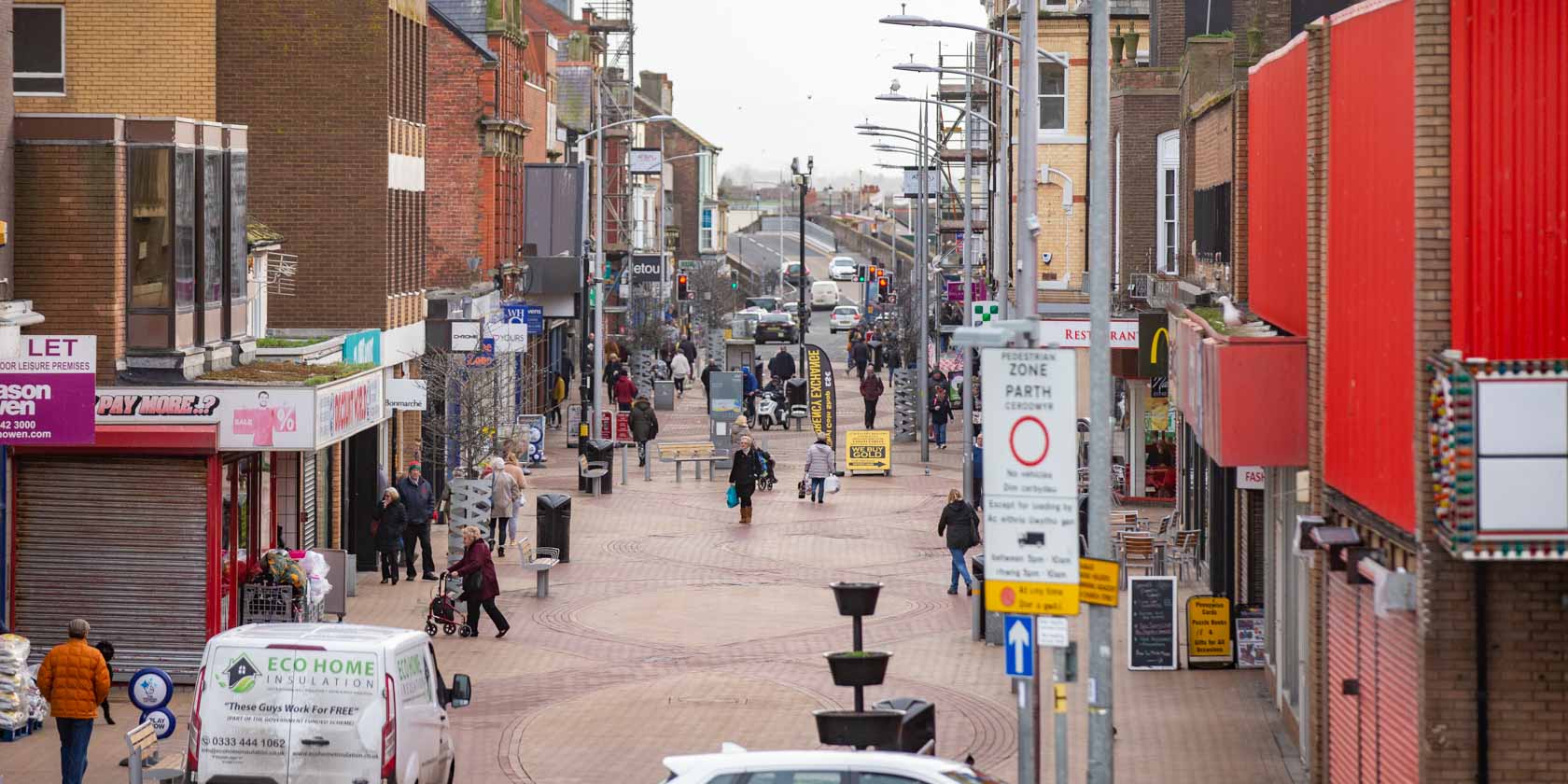 Work to make a Denbighshire town more pedestrian-friendly and enable greater social distancing are due to start next week.

The improvements, being paid for with Welsh Government funding, will see sections of pavement on three streets widened in Rhyl’s town centre.

It is part of a drive to improve access for pedestrians, which was originally planned for four towns in the county.

Similar projects in Llangollen and Ruthin have already begun but plans for wider pavements and a one-way system in Denbigh were scrapped in August after a campaign by local residents and businesses forced the council to consult on the proposals.

The extra pavement area will be achieved using ‘bolt-on’ kerbing and will be part of an 18 month trial.

The changes in Rhyl are designed to encourage people to walk or cycle to the town centre, according to Denbighshire council’s lead member for highways, transport and environment Cllr Brian Jones.

He said: “There was generally strong support for the Rhyl plans and we were happy to support these proposals.

“Active travel has become a more prominent issue in recent times, with Covid-19 allowing people the opportunity to walk more or to get on bikes as a means of getting out and about.

“The funding made available was to be used to promote active travel and allow councils to introduce measures that would help protect people’s safety through social distancing, as well as  encouraging more people to visit our town centre businesses.

“We are now on the verge of starting work at various locations in the town and we will be keeping any disruption to a minimum.”

The widened pedestrian areas will be introduced on:

Disabled parking on Bodfor Street and Queen Street will be suspended and reinstated on the western side of both roads for the duration of the trial and work will start on November 2.

In Ruthin, one-way restrictions will be introduced for traffic on Market Street and Well Street.

The council will also provide socially distanced areas for eating and drinking on the square.

In Llangollen the one-way restriction on Church Street, between Chapel Street and Regent Street junctions, will be reversed.

This has been designed to improve access to the town centre for cyclists and pedestrians and stop the area being used as a “rat-run”.

This will provide an additional loading bay for businesses, along the north side of Market Street.

Pavements will be widened on the eastern side of Castle Street between its  Bridge Street and Regent Street junctions.

On-street parking will be suspended on Castle Street for the duration of the trial period.

All works in the three towns will stay in place for 18-months and will be reviewed at the end of the trial period.

Prestatyn Town FC to receive cash boost to help them through pandemic, but Rhyl club misses out

A cash boost for @ptfcseasiders has been welcomed by an MP, but with disappointment that @rhylfc has missed out. (LINK)