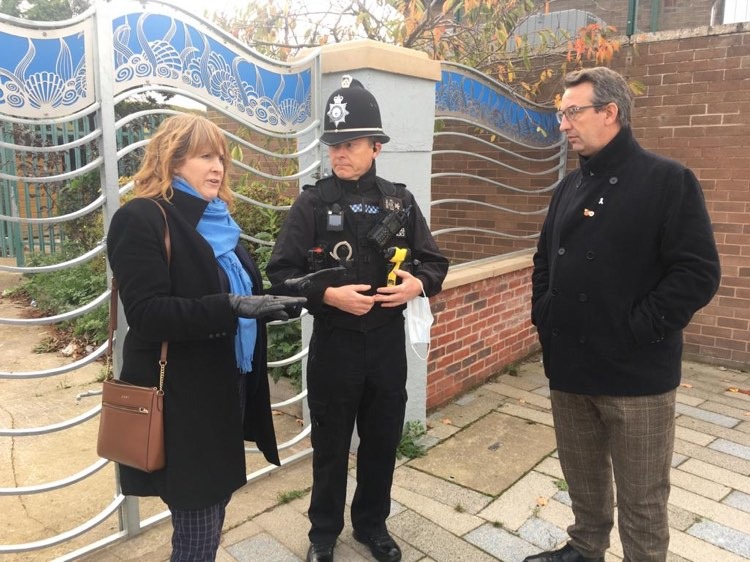 Drug gangs from Manchester and Liverpool are attempting to recruit young people in Rhyl, says the shadow minister for policing.

The MP also praised the Pixel Project, a Rhyl-based charity for young people aged 11-25, providing a youth centre and street-based outreach work.
“Anti-social behaviour went up 7% last year in England and Wales, 1.8 million incidents of anti-social behaviour, and those are just the reported ones,” said Mrs Jones.
“There are issues in which people don’t think anything is going to be done about it and don’t report it at all.
“I went to Rhyl to see the new Police Crime Commissioner who has got great ambition and great strategy. There is a commitment the Welsh Government made to bring in another 100 PCSOs, so North Wales is currently recruiting their part of that.
“Then we went to see the SAVI project and the Pixel Project, which is the youth centre. The SAVI project was something set up before COVID. These are teenagers who might be out on the street. They (police) did some analysis with young people and anti-social behaviour, and they realised there were particular problems on certain nights, which coincided when there wasn’t youth service provision.
“So kids were out on the street with nothing else to do, causing problems and making everybody very unhappy and feeling unsafe, and even when they weren’t necessarily criminal, there was still a group of kids that made people feel unsafe, so they started a series of interventions, one of which was street-based youth work, so going out talking to kids, finding out what their situation was and whether they needed help and getting them involved in sport.
“They have taken a load of these kids through the Duke of Edinburgh projects, so they took them up Snowdon and got them doing things they wouldn’t normally be doing.
“If you’re a young person and your expectations are quite low, by giving people a new experience, you introduce them to new things. They (the youth workers) have reduced anti-social behaviour by 64% over a summer period. So that is the kind of thing we need to see, and that’s why I’m going around looking at all these projects as we need more PCSOs, and we need more police officers because the workforce has been completely decimated over the last 11 years, but we also need to look at what’s causing this anti-social behaviour and how do we stop it and how do we really proactively get involved and bring an end to it as it’s incredibly debilitating for communities.”

The MP also explained how youth workers were helping to protect young people and reduce anti-social behaviour but warned of the threat from drug gangs.
“The other problem was county lines coming from Liverpool or Manchester and the impact that has on vulnerable young people who might try and be coerced to get involved,” she said.
“We heard from the youth workers about young people who had been flattered, offered things, trying to recruit them into a life of crime.
“They (the police) are doing a lot of work to stop that. But the gangs get more effective as the police crack down on them. The gangs use different forms of transport, and they can try and recruit local kids rather than kids from further afield. So the police need to have the resources to deal with that, but we also need to stop the kids getting pulled into that in the first place.”

She added: “People will come and offer the young people things or flatter them or befriend them so they feel they are part of a group they belong to if they are struggling at home, or maybe if there are issues in their life – they might want money.
“It can become an attractive offer, so the police can only do so much. You’ve got to have proper youth workers out in the community working with young people to stop them getting involved in crime, so it was really good to see in Rhyl a project we know works when the police are working really close with the youth workers and with other local organisations. They’ve been doing some work with kids and putting the effort in to make sure they don’t become the criminals of the future.” 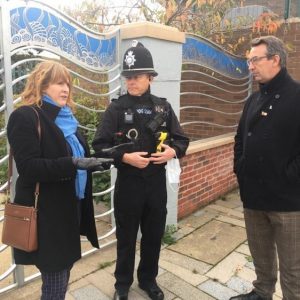