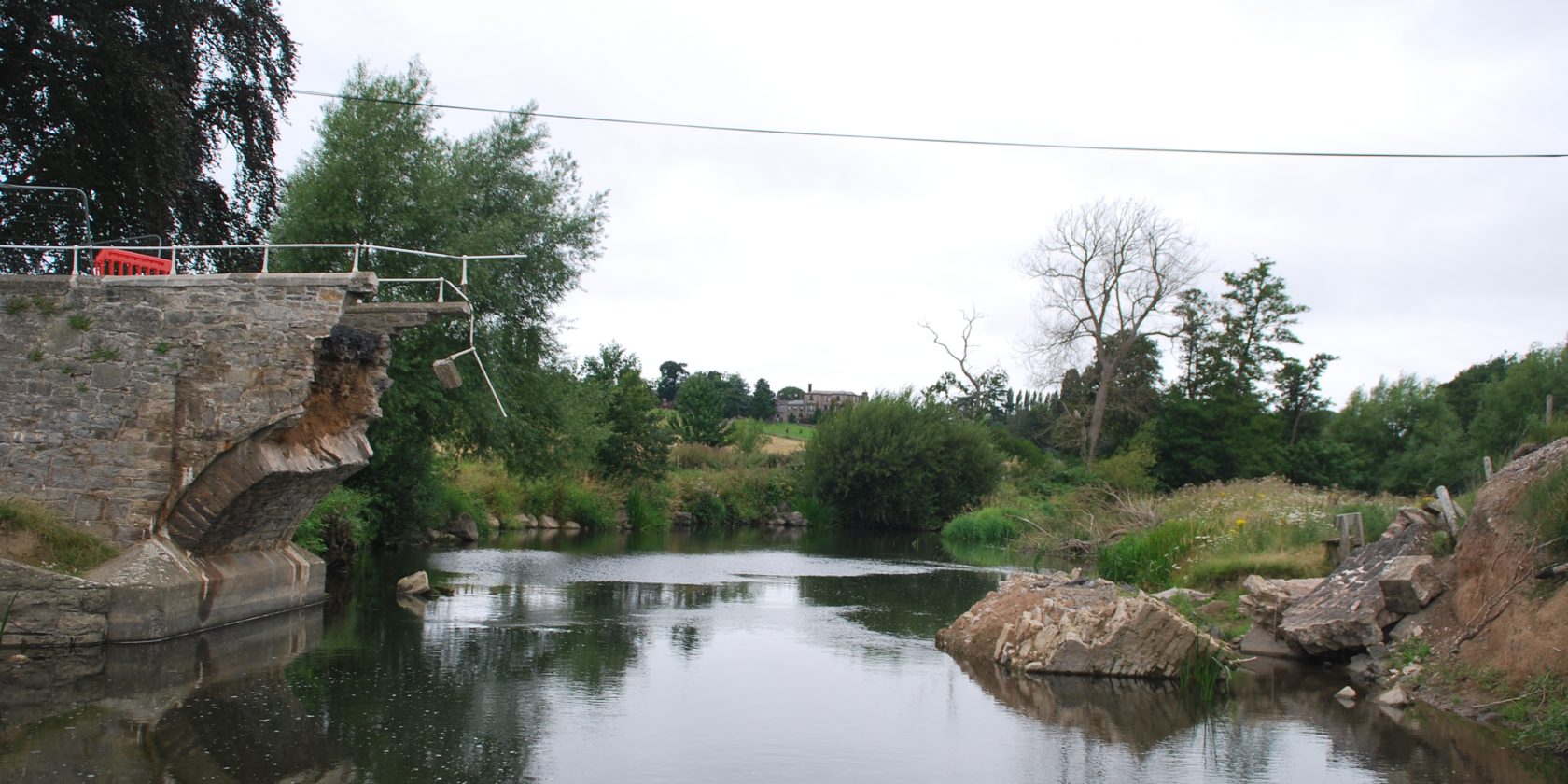 Denbighshire County Council will seek £6m-£7m from the Welsh Government to rebuild a bridge destroyed during a winter storm.

Storm Christoph hit in January this year, bringing heavy rain, snow and strong winds, which caused flooding and Llannerch Bridge to be swept away.

The grade-two listed bridge between Trefnant and Tremeirchion is on a back road to the A55 and crosses the River Clwyd.

But residents have had to drive seven miles around the river since the storm. The bridge was used by around 1,600 vehicles a day as drivers avoided St Asaph en-route to the A55.

Councillors heard how the bridge was ‘cherished’ by locals due to its unique shape and stonework.

Cllr Brian Jones hoped the bridge could be replaced quickly.
“It (the loss of the bridge) has caused massive disruption to businesses and communities in the area,” he said.
“It’s not a straight-forward matter. At first view to the uninitiated, it might appear straight forward. But when you get into the details, there are issues around foundations, issues around the river and the locality and numerous others.
“I want to offer my support to the local members to have this bridge replaced at the earliest possible opportunity. We need to come up with a robust business case that we can take to Welsh Government with a view that they will support us with funding.”
Denbighshire’s head of highways Tony Ward added: “Replacing this bridge is a complex matter, and the conditions at this location make it quite a difficult proposition.
“So what we’ve been doing over the last months is some initial feasibility work to see how we might go about replacing the bridge to try and establish potential costs. At the moment, these are initial estimates, but we think it may cost somewhere in the region of £6m-£7m to replace the bridge, which is obviously a substantial amount of money.”

Since the bridge collapsed, officers have been working with consultants to consider the options. The cost of the work includes £1m to be spent on a pre-construction phase including ground investigation, river modelling, land acquisition and detailed design.

The cabinet agreed to support the recommendation to replace the bridge, subject to securing the necessary funds, which will likely come from Welsh Government.