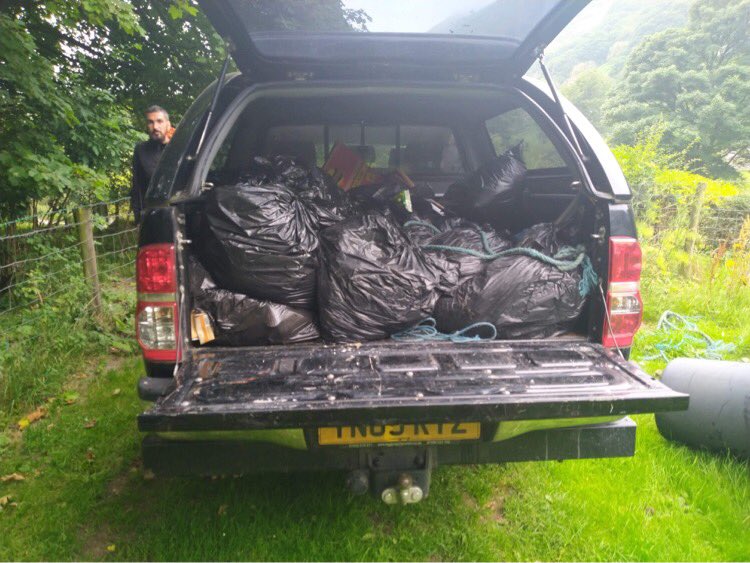 Denbighshire’s decision to charge for certain kinds of waste at its household recycling centres has been branded ‘shocking’ by a concerned councillor.

But whilst there will be no charge for household waste, the council plans to bring in charges for DIY-type waste, which residents will be able to dispose of if they pay a charge.

But Cllr Paul Penlington has called the plans ‘shocking’.

“Personally, I think it is shocking they are going to charge residents to dispose of their recycling from their own homes. It is just another example of Denbighshire County Council becoming ever more corporate and adding costs onto residents that they shouldn’t have to pay because these things are covered by council tax already.”

He added: “It is only going to be something else that increases fly-tipping, and fly-tipping is a major problem in the county. There will be more rubble and waste left in laybys all over the place.”

Cllr Glen Swingler was also against bringing in charges.  “I’d be very disappointed if residents are charged to get rid of their household rubbish whatever it is because that rubbish has got to go somewhere,” he said.

The decision was discussed at a cabinet meeting in November and further discussions will go on between councillors and officers to decide exactly what the charges will be. But the new rates will come into effect from this April.

A spokesman for Denbighshire County Council said: “Bryson Recycling will take over the running of our recycling and waste parks in April 2022. The Council and Bryson will communicate any changes to the service in advance of this time.
“There will continue to be no charge for waste classified as ‘household waste’ at our sites. Residents who were previously limited to the amount of construction and DIY waste they were able to bring to the sites will be able to pay to bring larger amounts of this waste for recycling rather than dispose of it through other means, such as skip hire or private operator. The new charging scheme will be introduced in April 2022 and will apply to a selection of DIY/construction type waste only.
“The new contract will also include a number of green initiatives, such as the availability of free compost to site users and support of reuse projects within our communities.”