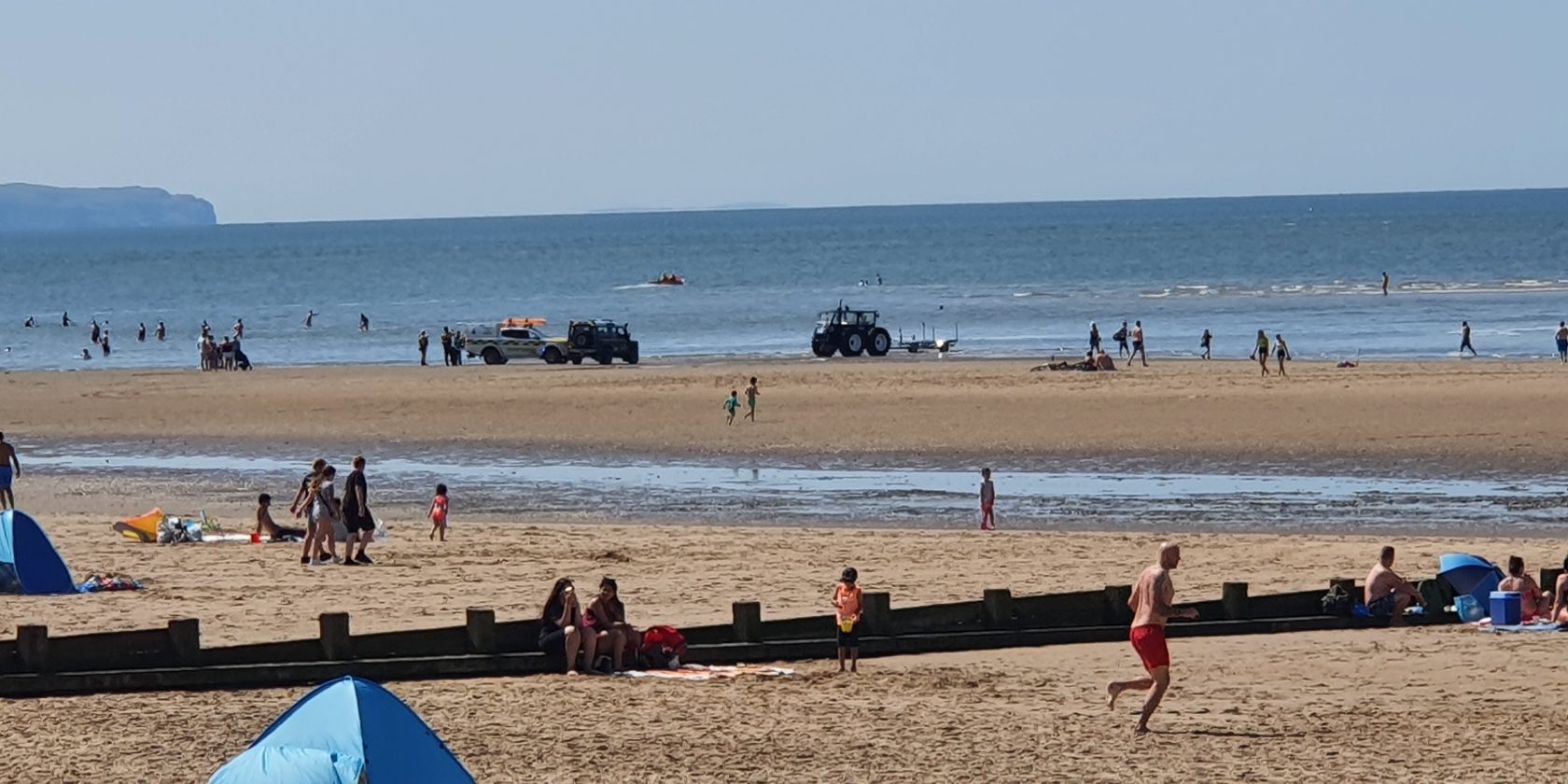 More than 260 beachgoers had to be directed off the sandbanks in Rhyl during a “hectic” weekend for rescuers.

With many RNLI lifeguards shielding due to Covid-19, the volunteer lifeboat crew and coastguard teams were requested to assist on the town’s beach.

Due to the risk of the incoming tides, they were called to patrol the area to try and prevent people from becoming trapped on sandbanks on Saturday and Sunday afternoon.

The RNLI said the weekend was “especially busy”, as most of the schools had broken up for the summer, meaning the beach was packed with families enjoying the weather.

It estimated that over 260 people were either helped ashore or informed that the tide was filling in the gullies between the sandbanks, resulting in a stretch of water of up to one metre deep separating them from the shore.

All the people assisted were safely supervised back to the shore until all the sandbanks were recovered.

RNLI coxswain Martin Jones said: “As a result of the close co-operation of the RNLI lifeguards; RNLI volunteer lifeboat crew both at sea and on shore; and also the volunteer coastguards; we were able to prevent any potential incidents arising.

“We are happy that the days proved to be major event free, and everyone on the beach could enjoy the glorious sands and weather at Rhyl.

“The RNLI lifeguards did a great job in advising the public to swim between the flags on a lifeguard-supervised beach, and we were happy to assist.”