A public consultation on the hotly debated future of a statue some would like to see destroyed is set to take place more than a year after it was promised.

Denbigh’s tribute to explorer Henry Morton Stanley, fashioned in bronze by North Wales artist Nick Elphick, has been a talking point for a decade but not always for positive reasons.

After a raft of protests last year, sparked by Black Lives Matter demonstrations, activists called for the effigy of arguably the town’s most famous son to be removed.

Denbigh town council, which commissioned the piece, held a meeting in June 2020 to discuss its future.

Members voted 6-5 to keep it in lieu of a public consultation on whether to retain it long-term or move it from the wider public’s gaze.

Mayor at the time of the debate, Cllr Gaynor Wood-Tickle, promised people in Denbigh a “democratic vote” and full public consultation on the matter.

He said: “It would have happened by now but for all the complications with Covid.
“Last time this was discussed by Denbigh town council there was a sub-committee putting together a consultation, with information.
“There will be a public consultation, possibly over a couple of days, at the town hall.
“We are hoping to do the groundwork for this in September so members of the public can come along and we can ballot how people feel about it all.”

Journalist and explorer HM Stanley is synonymous with the phrase “Dr Livingstone, I presume”, after finding the Scottish explorer who had been lost in central Africa.

However some historians thought this was a typical embellishment by a man born poor but who wanted to impress his rich paymasters.
Stanley, born John Rowlands, started life fatherless in Denbigh in 1841 and was put into the Asaph workhouse in nearby St Asaph.

He emigrated to the United States as a teenager, where he reinvented himself.

He fought in the American Civil war, became a journalist and then a noted explorer – finding the source of the Nile, mapping central

Africa’s Great Lakes and also the borders of the present day Democratic Republic of Congo.
Stanley is controversial to some because of links with Belgian King Leopold II, for whom he worked for a time and his own alleged treatment of indigenous workers and guides.

The monarch committed acts of appalling inhumanity against the population of the Congo Free State – now the Democratic Republic of Congo.

However his supporters say Stanley was not working for the Belgian despot when the atrocities occurred and he has been unfairly tainted.
It is true to say there are differing assessments of Stanley’s treatment of African guides and workers he took with him on his expeditions.

In DR Congo Stanley is revered by many people and is known as “Bula Matadi” which means “Breaker of Rocks”. 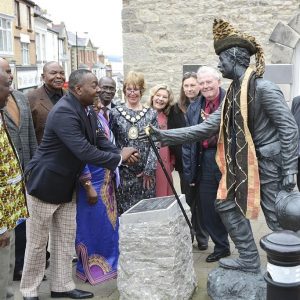 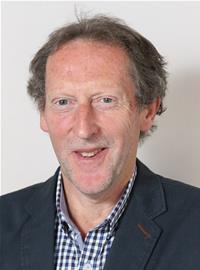