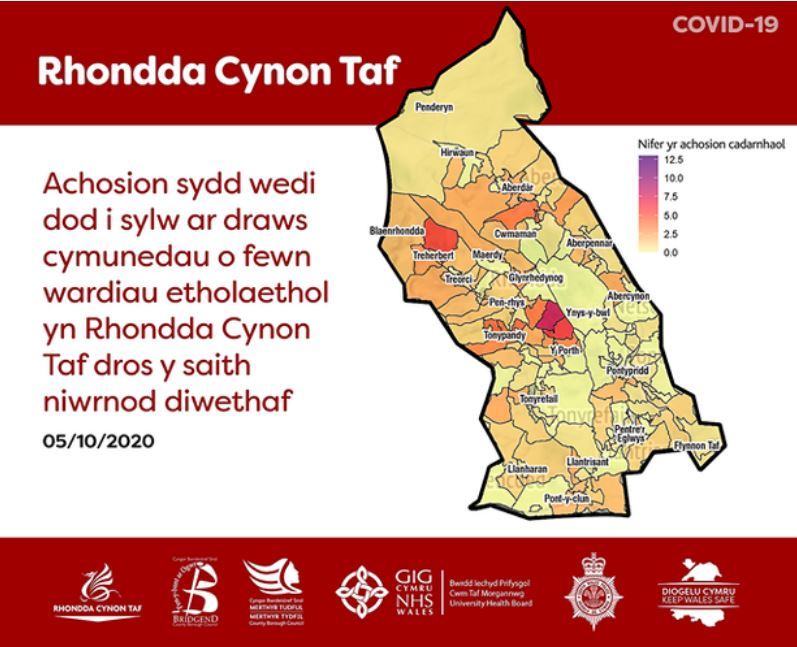 A “lack of transparency” about Covid figures causes “confusion and lack of trust” among the general public, a county councillor warned.

However PHW said it produces “timely and accurate reports which can be easily interpreted by incident management teams, local authorities, health boards and Welsh Government” – but they don’t give data down to ward level.

After the discussion Cllr ap Gwynfor said: “It’s extremely frustrating no data is made available to us on potential clusters and increased cases in our areas.

“As I understand the Welsh Government liaise with local authorities, but it’s the government that make decisions and local leaders don’t know the full details until the last minute.

“This lack of transparency leads to confusion and lack of trust, and trust is essential if we ask people to follow guidelines in order to keep as many people healthy as possible.

“Having clear data based on an effective test, trace and isolate scheme is what is required if we are to suppress this virus effectively.”

Denbighshire boss Ms Greenhalgh said heat maps would help as “part of our analysis” of the situation with coronavirus.

Cllr ap Gwynfor (Llandrillo ward) said: “In order that the authority can respond effectively can the chief executive officer assure us that the very latest Covid-19 data is being received by our senior leadership team and public health officers?”

Ms Greenhalgh said the council receives daily updates from PHW detailing the number of positive tests, as well as contacts of each case from Test, Trace and Protect (TTP). However those figures were “highly sensitive”, she said.

Cllr ap Gwynfor asked for some of the lower area data to be released to members anyway.

He added: “I find that fewer people are adhering to the rules because they can’t see the logic in them. When we get these figures we can put the case locally.”

Ms Greenhalgh claimed the incidences in the county clearly showed there were “no local hot spots”.

“There’s a mechanism for producing these heat maps,” she said. “That would help as part of our analysis. We are pressing as North Wales councils for that information.”

“The demand placed on our Surveillance team has grown considerably throughout the pandemic.

“While there are technical reasons why we refrain from producing sub-local reports, in general, the more granular the data is, the less valid the results will be.

“Where there are a low number of cases in a given locality, publishing this data could have an unintended consequences of risk of deductive disclosure, or put simply, individuals who have tested positive for COVID-19 may be identifiable.

“Our intention is to develop Middle Super Output Area maps which will give more local information.

“We hope that this developmental work will be published in the coming weeks.”

All six county councils in North Wales have been contacted for comment on why they do not produce detailed heat maps showing virus transmission and positive cases.