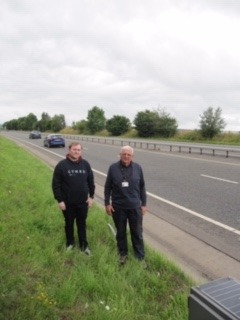 Councillors are calling for a local authority to put speed restrictions on a busy bypass where motorcycles are said to be causing a “terrible” noise nuisance to nearby residents.

Denbighshire county councillor Arwel Roberts and his colleague, Rhuddlan town councillor Bleddyn Williams, want the A525 Rhuddlan bypass over the River Clwyd to be reduced from 70mph to a 50mph speed limit.

They said the town’s residents are becoming “frustrated” with the noise generated by traffic, especially motorcycles, at night.
People living in Rhuddlan, adjacent to the link road, are backing the call which both councillors says will not only reduce disturbance but also air pollution from vehicles.

However a spokesman for the local authority claimed noise levels were “below the threshold for action” and ruled out reducing speeds on the road.

Vera Blythin, 92, and her husband Howell, 95, live in Maes Rhosyn adjacent to the bypass and say the noise is worse than ever.
What makes it even worse is Mr Blythin has hearing problems and can still hear the racket from the traffic.
Mrs Blythin, who has lived with her husband at their current home for 35 years, said the noise from motorcycles is worse than ever.
She added: “They are full throttle and it’s a terrible noise. Of course it’s only a short distance but they are flat out.
“I think they should reduce the speed limit, definitely, and some of our neighbours are closer than us.
“I think there are more problems with these motorcycles than there used to be.”

She also called for noise reducing fencing, similar to that installed near Abergele several years ago.
Cllr Roberts said: “The speed of cars and motorbikes especially at night is a constant problem.
“We are very concerned an accident will happen one day and serious injuries and even fatalities will occur.
“Houses are very near and more speed means more noise and air pollution.
“As a county councillor I’m asking Denbighshire place an order of 50mph speed limit along the bypass – also a speed camera placed on the road would be advantageous.

“I hope the highways department and the police will act as soon as possible to rectify the problem.”

For its part Denbighshire council doesn’t agree with the scale of the issue, although it was “aware of the concerns raised regarding noise levels and speeding”.

A council spokesman said: “The Council has assessed the noise impact on adjoining properties and the findings conclude that the existing noise levels are below the threshold for action.

“We have also recently undertaken an assessment of the speed limit on the by-pass in accordance with the relevant guidance.

“Key evidence, such as vehicle speeds, volumes and collisions, have been assessed and we do not propose to reduce the speed limit at this time.”

However it said it would be approaching Go Safe to see if it can undertake “targeted speed enforcement” on the bypass. 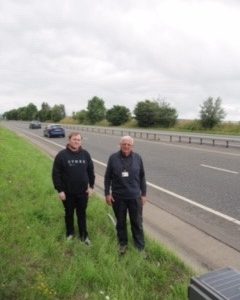