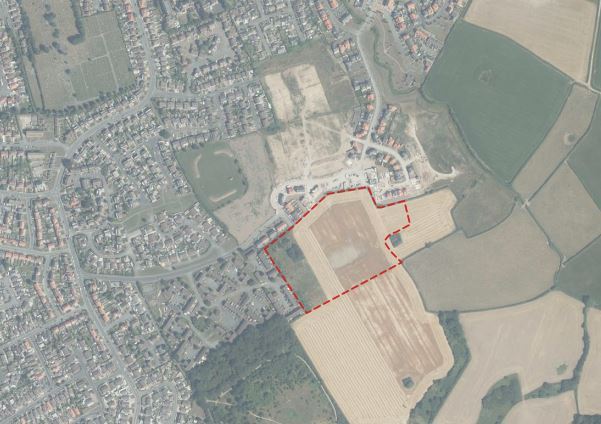 A building firm has increased the number of properties in the fifth phase of its huge development to allow for affordable homes. ‌﻿​﻿‌﻿‌﻿​﻿​﻿​﻿‌﻿‍﻿‌﻿​﻿‌﻿​﻿‌﻿​﻿​﻿​

In the original proposal, lodged in January this year, the property company said it planned 96 detached and semi-detached homes for the latest tranche of housing on Parc Aberkinsey, Rhyl. ‌﻿​﻿‌﻿‌﻿​﻿​﻿​﻿‌﻿‍﻿‌﻿​﻿‌﻿​﻿‌﻿​﻿​﻿​

Rhyl Town councillors objected to the original 96 home plan unless:  “…community benefits including open space, community centre and new school required under Planning Application No. 45/2004/1376/PO will be delivered for the benefit of existing and future occupiers of the earlier and currently proposed development built”. ‌﻿​﻿‌﻿‌﻿​﻿​﻿​﻿‌﻿‍﻿‌﻿​﻿‌﻿​﻿‌﻿​﻿​﻿​

The larger Parc Aberkinsey scheme was granted planning permission in 2006, two years after submitting plans, and having fought off local objections relating to flooding and transport issues. ‌﻿​﻿‌﻿‌﻿​﻿​﻿​﻿‌﻿‍﻿‌﻿​﻿‌﻿​﻿‌﻿​﻿​﻿​